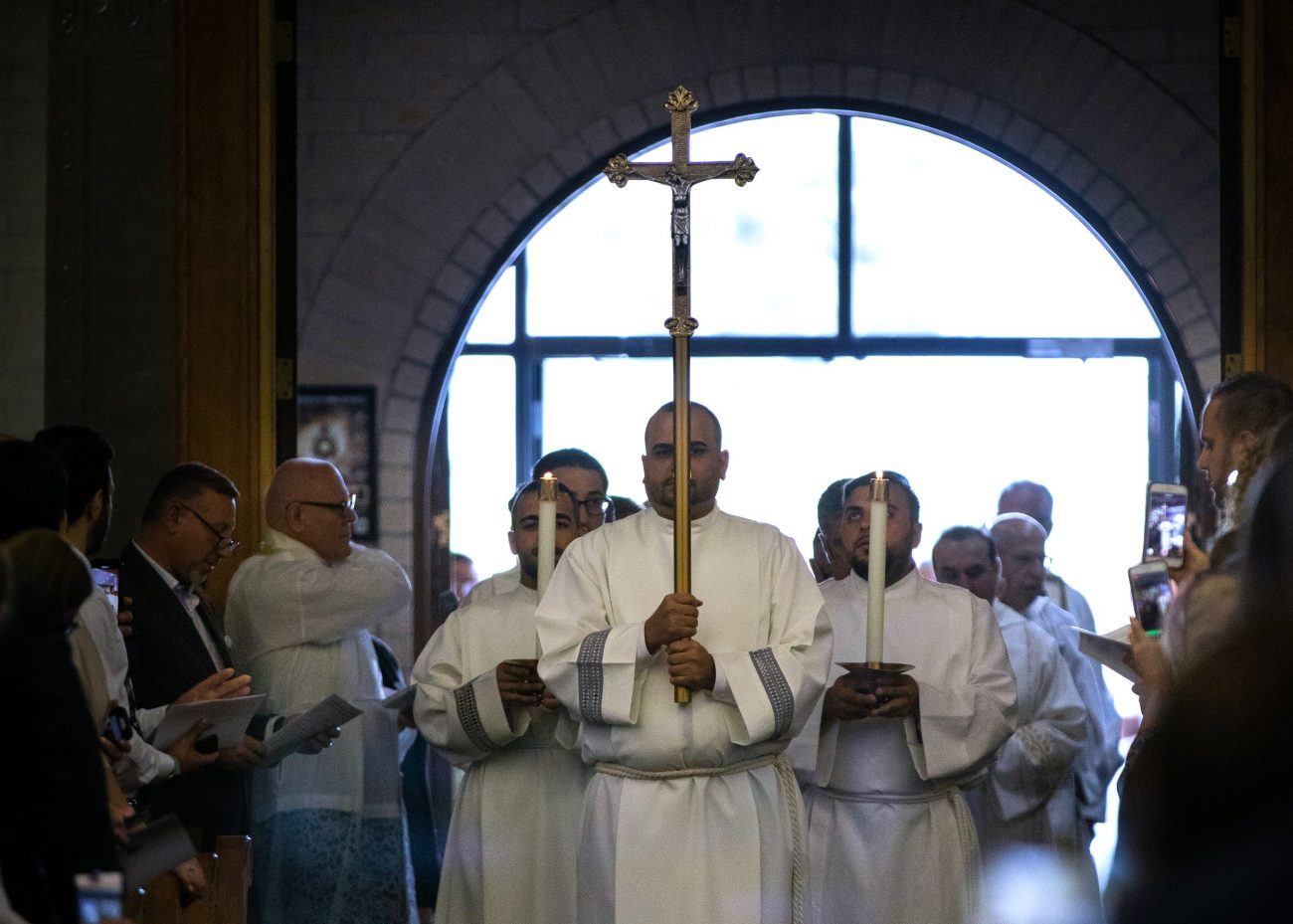 The pontiff visited the war-torn Middle Eastern country March 5-8, including the capital city, Baghdad, as well as Mosul and the Ninevah Plain region in the country’s north.

Pope Francis met with religious and government leaders but expressed a sense of solidarity with the much-aggrieved Chaldean and Syriac communities — who trace their faith to St. Thomas the Apostle bringing the Gospel to Mesopotamia in the first century.

The pope called for religious toleration and a sense of fraternity in a nation beset by wars, violence and political upheaval.

In the Detroit metro area, home of the largest Chaldean community in the world outside of Iraq, locals see the trip as a way for the world to acknowledge the pain endured, and resilience shown, by the Iraqi Christian population who look to rebuild after decades of oppression.

“As a Chaldean Catholic, it’s more than just a statement, it’s more than a church. It’s a connection to the early disciples, the early apostles,” Father Fawaz Kako, pastor of St. George Chaldean Church in Shelby Township, told Detroit Catholic, the news outlet of the Latin-rite Archdiocese of Detroit.

Father Kako also is vicar general of the Eparchy of St. Thomas, based in Southfield, Michigan. The eparchy covers Chaldean Catholic parishes in the eastern half of the United States.

Father Kako was born in Baghdad and left the country in 2003.

“I’m a Christian today, a follower of Jesus Christ because of my ancestors, and it didn’t come easy,” Father Kako said. “A lot of people shed their blood so I could call myself Christian today. This is the honor we carry today as Chaldean Catholics.”

A major highlight of Pope Francis’ trip to Iraq was his evening visit March 5 visit to the restored Syriac Catholic Cathedral of Our Lady of Deliverance, sometimes referred to as Our Lady of Salvation.

It was the site of a 2010 terrorist attack that resulted in the massacre of 47 people, including two priests, Father Taher Saadallah Boutros and Father Wassim Sabih, who were seminary classmates of Father Kako when he was studying in Iraq.

“Two priests and 45 other people were murdered in that church during Sunday Mass, and to see the pope visiting that church and praying there, giving a message of hope, that was beautiful to see,” he added.

Images of Pope Francis greeting the local Christian populations in Iraq, coupled with media coverage of the often-forgotten Christian communities there, bring a sense of pride and hope to the Chaldean community in Detroit, particularly to those who remember what Iraq was like before it was torn asunder with sectarian violence and terrorism.

“Chaldeans are so excited our pope is in Iraq, visiting our Christian brothers and sisters, many of whom continue to suffer and be persecuted,” said Vanessa Denha-Garmo in an interview during the papal trip.

A prominent member of the local Chaldean community, she is the founder of Denha Media Group and a leader at the Eastern Catholic Re-Evangelization Center in Bloomfield Hills, Michigan.

“Many of them went through things that are unfathomable,” Denha-Garmo said. “That the head of our church is thinking of those who are suffering the most in the Catholic community is a reminder that these people are not forgotten.”

After visiting Baghdad, Pope Francis traveled north to the Ninevah Plain and Mosul, historic Chaldean lands where a many martyrs were killed under the brutal oppression of the so-called Islamic State. The pope visited the site of desecrated churches that the now-shrunken Chaldean and Syriac communities are trying to rebuild.

Denha-Garmo said Chaldeans in the Detroit metro area have stepped up over the years to assist their brothers in sisters in Iraq, donating much-needed supplies as Chaldeans who chose to stay on their ancestral lands struggle to rebuild with little help from the Shiite-dominated government in Baghdad.

“The Chaldean community in southeast Michigan has done a tremendous amount of work trying to help the Chaldeans and Christians in Iraq with all kinds of efforts since the invasion,” Denha-Garmo said.

“Under the leadership of Bishop (Francis) Kalabat, we’ve established the Help Iraq fund and the Adopt a Refugee fund, giving them medicine, food and money,” she continued. “COVID-19 threw everyone for a loop, and people had to pivot, traveling to Iraq less, but they are still doing diaper drives and medical supply drives to help people in need.”

The Chaldean community in Iraq, now estimated to be less than 300,000 — far fewer than the million-plus who lived there before the 2003 invasion — rely on the charity of others outside their country, as their own provides little support, Father Kako said.

“Christians are second-class citizens in Iraq; everything is sectarian and divided,” Father Kako said. “They don’t have a lot of rights, and their lands have been taken away from them. So for the pope to be there, to shed light on their suffering, on what is really going on in that country, hopefully it really motives the government to protect them, to give them their human rights.”

For Iraqi expats, seeing prominent Christian locations in Iraq highlighted internationally brings back memories of a time when the faith flourished in the area.

Jeff Kassab, a subdeacon at St. Joseph Chaldean Church in Troy, Michigan, who’s studying at Sacred Heart Major Seminary in Detroit, reported that many of his friends have expressed joy at the pope’s visit.