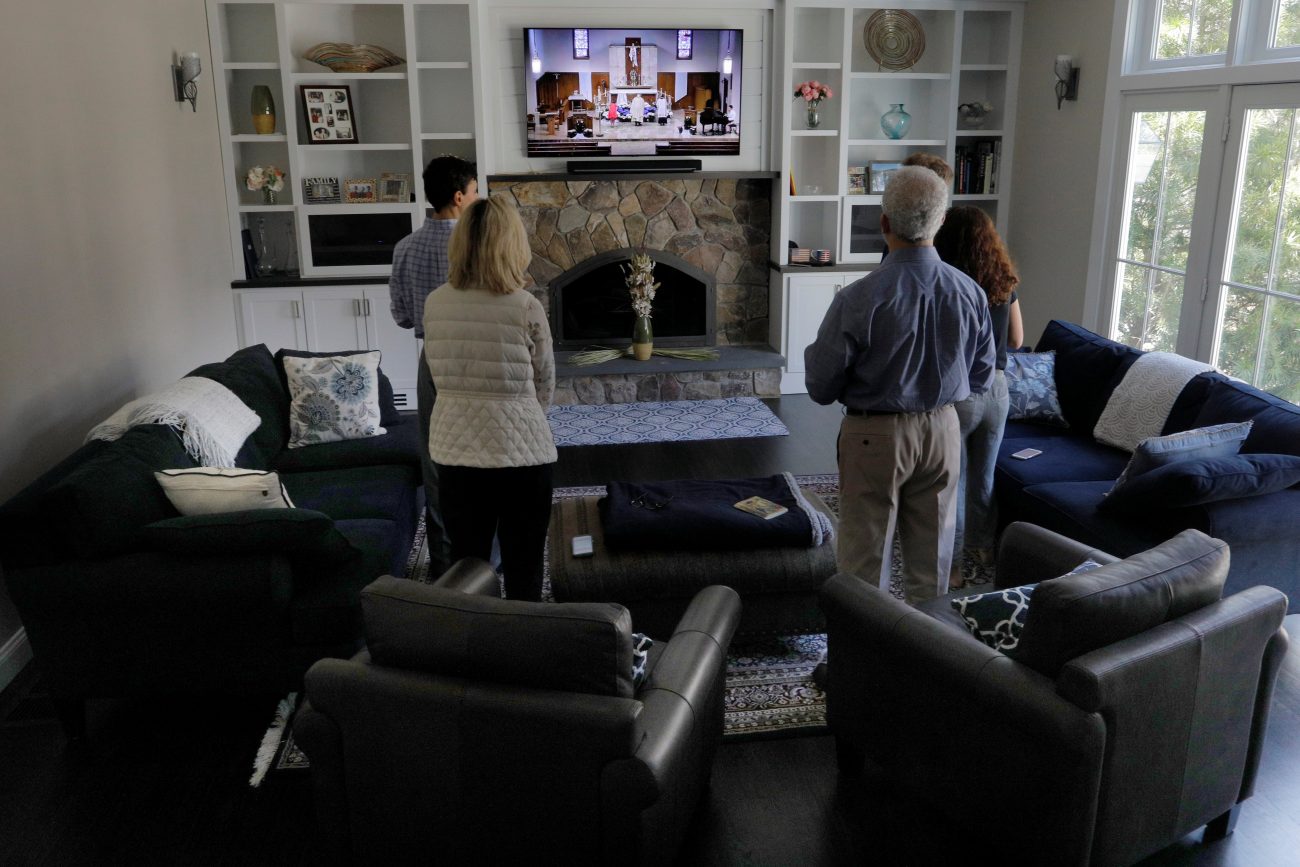 WASHINGTON (CNS) — The coronavirus pandemic, as declared last March by the World Health Organization, was not even two weeks old when then-President Donald Trump famously said he wanted to see “packed churches” on Easter. That didn’t happen.

It won’t happen this year, either.

Only 3% of Catholic churches in the United States are open and having Mass as they had before the pandemic, according to a new Pew Research Center report issued March 22.

The report, “Life in U.S. Religious Congregations Slowly Edges Back Toward Normal,” said 36% of Catholics said they planned to go to church for Easter. Of the Catholics interviewed by Pew, 58% said they would have gone to church on a typical Easter.

Those numbers are fairly close to that of all U.S. Christians quizzed by Pew, with 39% saying they planned to go to church on Easter and 62% saying they would have attended Easter services during a normal year.

In a similar Pew survey last July, 32% of Catholics said they were attending services in person. In the new survey, that has risen to 38%.

A slight majority of evangelical Christians, 53%, say they’re going to church now, up from 44% in July. But the biggest jump was among mainline Protestants, from 21% last July to 34% in March. The number of Hispanics went up from 24% to 34% since last summer.

However, 21% of Christians in historically Black denominations are going to church now, only a slight rise from the 18% who said so last July.

Typically, Catholics register somewhere between mainline and evangelical Protestants in their responses in Pew surveys. But in this poll, Catholics were the most forceful advocates for having specific restrictions in place for parishioners who wish to worship in church.

In the March survey, 69% of Catholics said they would require both social distancing and the wearing of masks; 61% would restrict capacity inside the church; and 41% would limit congregational singing. Only 8% said their church should be closed altogether, lower even than the 10% registered among evangelicals.

“Catholics stand out for the relatively large numbers who say their churches are open but with virus-related modifications in place,” the report said.

Greg Smith, a senior researcher at Pew and the principal author of the report, told Catholic News Service that Catholics constituted 21% of all those polled. The percentage went up to 25% when just those who said they had attended church in the past month were questioned.

Catholic churches, while fewer in number than Protestant churches, generally are home to more worshippers with the exception of some of the biggest megachurch-sized Protestant congregations.

Asked whether congregational size had any role to play in respondents’ answers, Smith said he did not know. “We don’t actually have data. We don’t actually ask Catholics about the size of the congregation they attend,” he said, adding that asking such a question could prove helpful in future surveys.

While more Masses are livestreamed or otherwise made available online, Catholic are still behind their Christian counterparts in the number of services. Catholics brought up the rear in streaming or recording worship services at 68% last July. While that has risen to 73% now, all other branches of Christianity have been in the 80s percentage-wise during both survey periods.

However, as availability has risen, viewership has declined. Among all Christians, those who say they watch services on TV is at 65%, down from 72% in July, while 33% don’t watch now, up from 28% last summer.

The Pew report also asked for the respondents’ political leanings. Regardless of denomination, 40% of Republicans or those who lean Republican, and 18% of Democrats — less than half of the 37% in a typical year — say they’ll go to church for Easter.

“Christians from racial and ethnic minority backgrounds are far more numerous among Democrats than among Republicans,” Smith told CNS. “We know those communities of color have been hit the hardest since the outbreak. They’re the most cautious in terms of willingness to go back to religious services as normal.”

The survey respondents were selected from Pew’s ongoing American Trends Panel and were conducted online. Interviews were conducted March 1-7 with 12,095 respondents. The survey’s margin of error is plus or minus 1.5 percentage points.

Timing is everything, Smith said. “You would expect the congregational situation for Catholics and other Christians to get better” with the rollout of vaccines, he added. “By the time we started rolling out these questions in March, it was a much improved situation.”

NEXT: Colorado cop recalled as ‘man of character,’ ‘loving father’