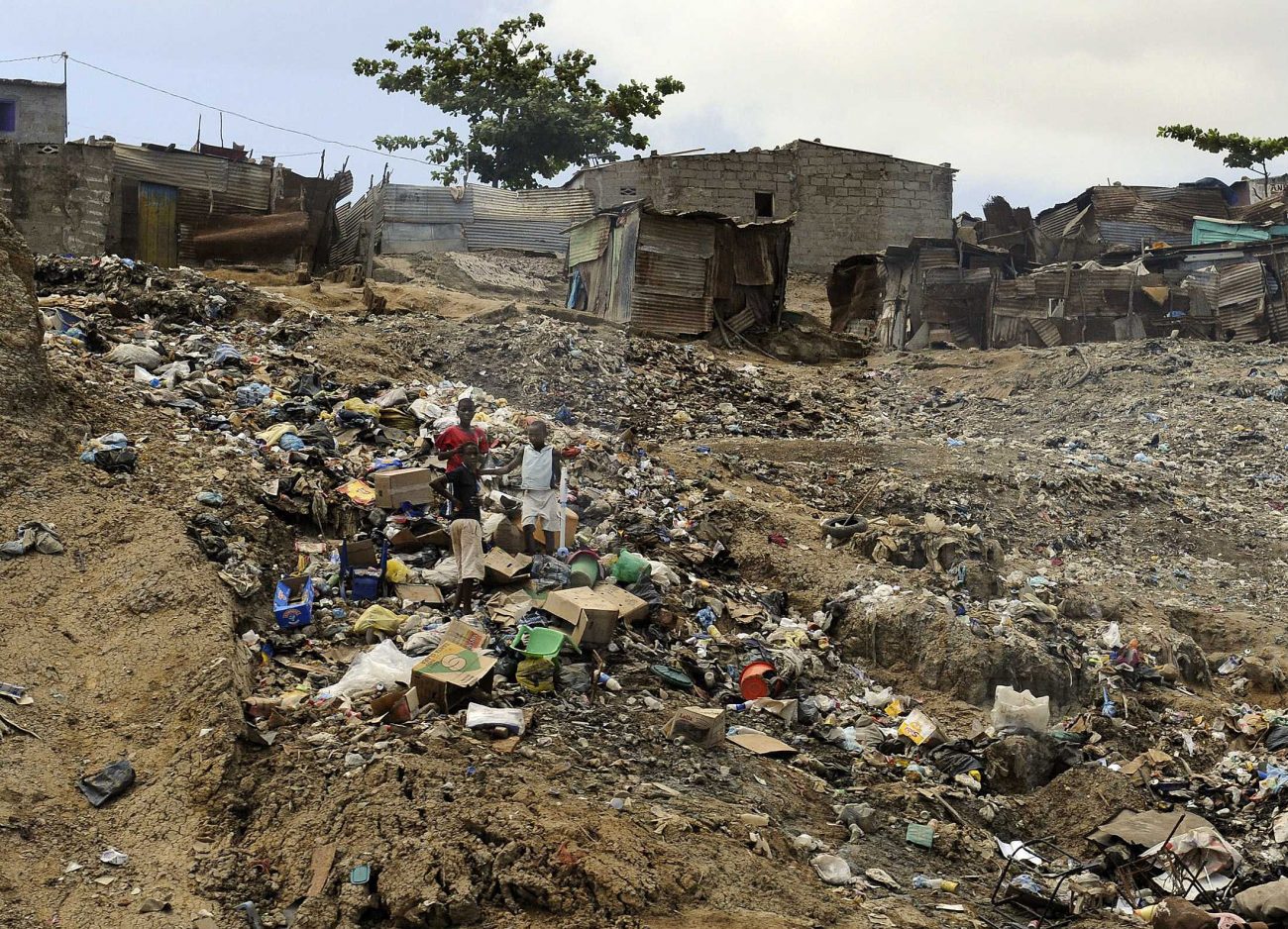 Children are pictured in a file photo in a poor section of Luanda, Angola. Catholic bishops in Angola said the COVID-19 pandemic is exacerbating an already grave imbalance in living conditions and opportunities, alongside an "unbridled race to exploit hydrocarbons" in its parks and nature reserves. (CNS photo/Alessandro Bianchi, Reuters)

LUANDA, Angola (CNS) — Catholic bishops said the COVID-19 pandemic is exacerbating an already grave imbalance in living conditions and opportunities, alongside an “unbridled race to exploit hydrocarbons” in its parks and nature reserves.

“We are concerned about a degradation of the political discourse that threatens a collapse in the national unity, reconciliation, justice and peace, which have been under construction with so much sacrifice,” said the bishops’ conference of Angola and São Tomé.

“Our country’s social situation continues to worsen, with high levels of poverty, hunger, unemployment, a sharp loss of purchasing power and the closure of businesses. The lack of rain has again raised the specter of hunger, so we call on the authorities to create a contingency plan to help.”

The message was issued after a Feb. 24-March 1 conference meeting at the Marian shrine of Muxima, as Angola became the first country in eastern and southern Africa to receive vaccines under a COVAX program backed by the World Health Organization.

It said the Angolan population had also been severely affected by a drop in oil prices and a crisis in goods and services, while efforts to control COVID-19 had been hampered by the “scarcity of professionals, medicines and adequate equipment.”

The bishops said “greater general insecurity” had also fueled a spate of murders, as Angolans sought “to leave the traumatic experience of war behind.”

They added that “great and serious concern” surrounded a new “unbridled race to exploit hydrocarbons,” under government plans to permit prospecting in national parks and conservation areas, which had “put biodiversity and population survival at risk.”

“Inequalities between the countryside and large cities are reflected in the prices of products for basic needs: electricity and drinking water, unavailable health services and education,” the message added.

“We therefore call for restraint, mutual respect, constructive dialogue and a renewed commitment to the nation and to ethics.”

The Catholic Church makes up 56% percent of the 34 million inhabitants of Angola. The country, a major oil exporter and Africa’s third-largest economy, became independent of Portugal in 1975 and has faced problems with mismanagement and instability since a 27-year civil war ended in 2002.

Police in Luanda have used tear gas on several occasions since October to disperse protests against rising living costs, joblessness and the coronavirus-related postponement of local elections.

On Feb. 1, several church leaders condemned the police killing of up to 15 protesters in Cafunfo and urged dialogue to tackle social and economic problems. In their message, the bishops said police violence had “resulted in the loss of human lives and other human rights violations” and pledged “support and solidarity” for bishops in the archdiocese where Cafunfo is situated.