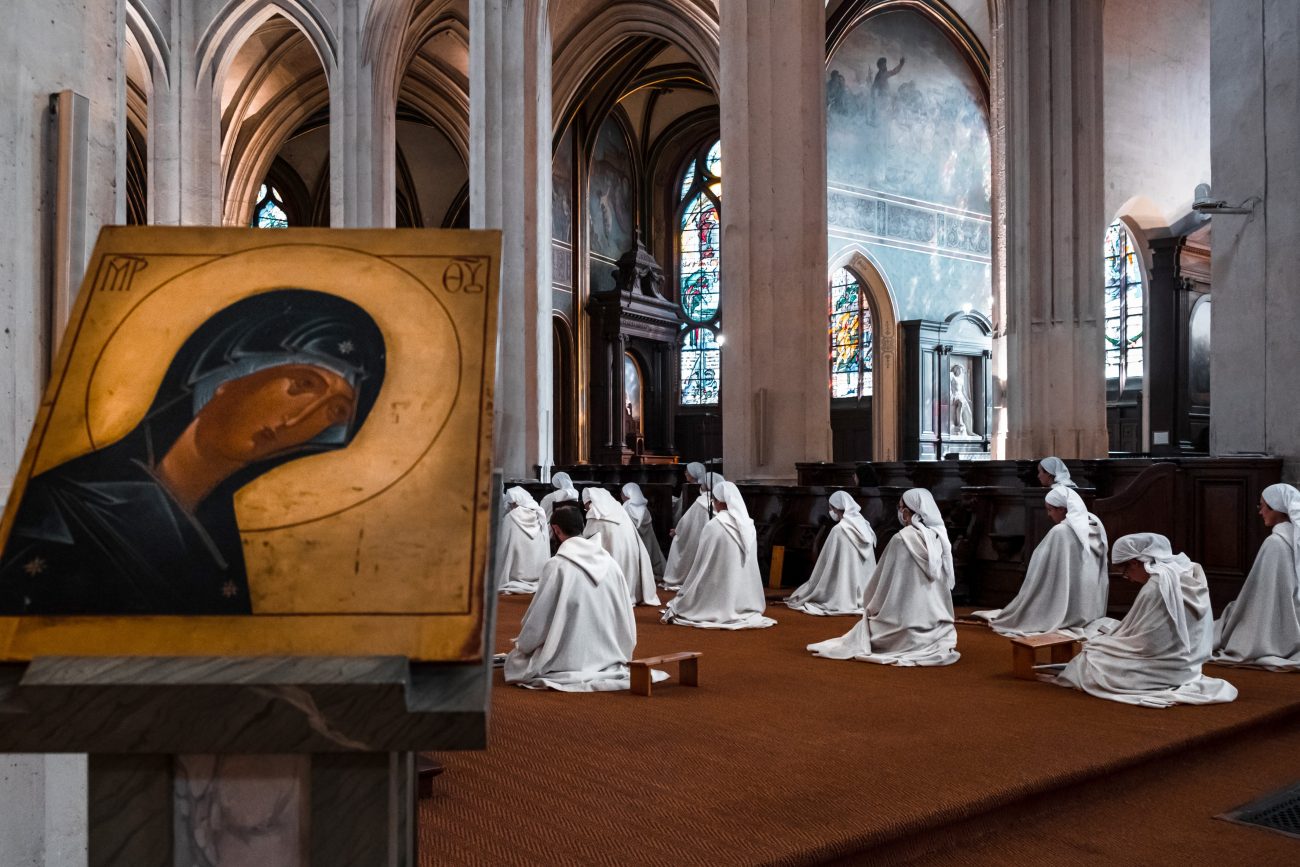 Priests and nuns pray during a Mass at Saint-Gervais-Saint-Protais church in Paris May 28, 2020. (CNS photo/Karine Pierre, Hans Lucas via Reuters)

PARIS (CNS) — Catholic clergy in France perpetrated more than three times as many sexual abuse offenses as previously thought, said the head of a bishops’ commission whose report is due out in September.

Jean-Marc Sauvé, 71, a lay Catholic and head of the French Institute of Administrative Sciences, presented new data from the Independent Commission of Sexual Abuse in the Church. The commission of lawyers, psychiatrists, historians and theologians was established by the bishops in 2018.

“I received a Catholic education, and I knew certain abnormal, blameworthy things had happened — but I never imagined the reality would be so bleak and alarming,” Sauvé said in a March 2 interview with France Inter public radio.

“The great question we still have to answer is how all of this could have happened. This is very much our mission, knowing how the Gospels demonstrate the radically intolerable nature of sexual abuse within the church.

“The Catholic Church adopted a zero-tolerance policy, and we now wait to see whether this new orientation is being fully and systematically applied,” he added. “Issues hidden for decades must be solved in a decisive, radical manner.”

He told France Inter that the commission had received more than 8,000 victim testimonies since June 2019 in response to a public appeal, and he now believed “at least 10,000” abuse cases occurred after 1950 in the French church, rather than the 3,000 cited in a preliminary report last June.

“While there were systemic abuses within the church, there were also quasi-criminal enterprises, as in the rest of society, and extremely serious personal vices and faults in an institution that failed at all levels,” Sauvé said. “Whereas girls and young women made up most victims in wider society, most victims in the church were boys. It was also characteristic that acts of violence and abuse were committed here not by unknown people, but by priests who were familiar with their victims and trusted by them.”

Sauvé said his commission had conducted investigations among France’s religious orders and 94 metropolitan dioceses and had also circulated a questionnaire to 30,000 people to ascertain how abuse in the church compared with abuse in other sectors of society. He added that the commission had referred 30 clergy suspects to prosecutors over the past two years, in line with civil law obligations.

A Catholic journal, Témoignage chrétien, said Feb. 25 that disputes over the church’s responsibility for pedophilia and liability for reparations had caused a “crisis” at a Feb. 22-24 online bishops’ meeting, which heard testimonies from 30 abuse victims and pastoral workers.

It added that 95% of past abuse perpetrators were believed dead, making the “moral responsibility” for recompense unclear. It said the issue would be discussed further at the bishops’ spring assembly at Lourdes March 22-26.