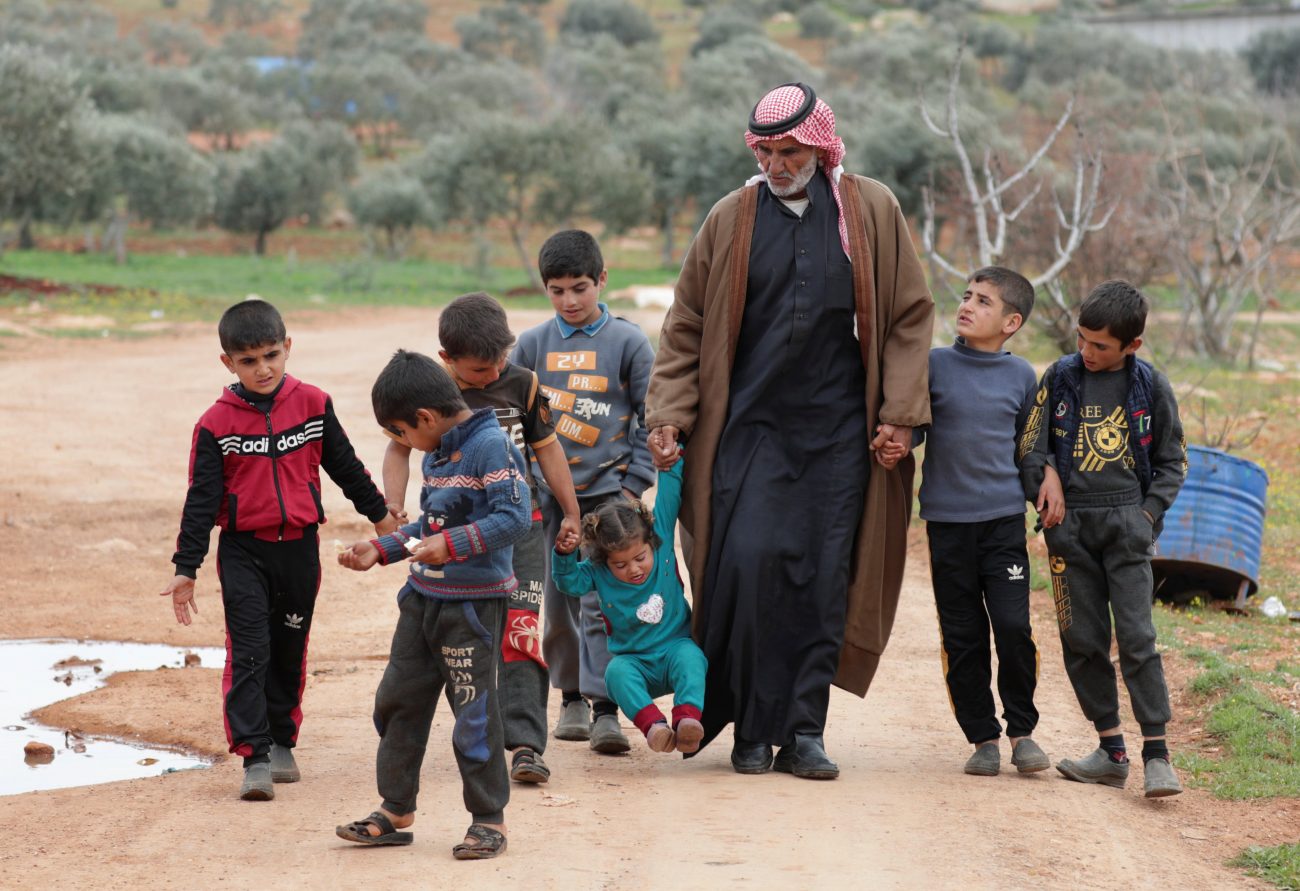 Abdel Razzak al-Khatoun, 84, a Syrian farmer, walks with his grandchildren at a camp for displaced Syrians in Idlib March 11, 2021. All sides need to come together to end the war in Syria and bring some sign of hope to an exhausted and tormented people, Pope Francis said during the March 14 Angelus. (CNS photo/Khalil Ashawi, Reuters)

VATICAN CITY (CNS) — All sides need to come together to end the war in Syria and bring some sign of hope to an exhausted and tormented people, Pope Francis said.

The international community also needs to commit itself to helping rebuild the nation, so that once the fighting has stopped, “the social fabric can be mended and reconstruction and economic recovery can begin,” the pope said after praying the Angelus with visitors gathered in St. Peter’s Square March 14.

March 15 marked 10 years since the beginning of war in Syria, causing “one of the most serious humanitarian disasters of our time,” the pope said.

Protesters began rallies demanding an end to repression in Syria March 15, 2011, after being inspired by other “Arab Spring” demonstrations in Tunisia, Egypt and Libya.

However, President Bashar Assad’s government responded with the military shooting demonstrators and triggering an ongoing civil war that has drawn in rebels, Islamic State militants and other nations in a proxy war.

The U.K.-based Syrian Observatory for Human Rights reported in January 2020 it had estimated that nearly 585,000 people had been killed since the beginning of the war, of which more than 115,000 were civilians, including children. More than 11 million civilians have been displaced with 5.6 million of them registered as refugees outside of Syria.

The World Food Program warned last year that half of all Syrians were going to bed hungry and the country was on the brink of “mass starvation.” Meanwhile, COVID-19 is spreading, unhindered by a health care system largely destroyed during the 10 years of war.

Pope Francis lamented the plight of all those who have been killed, injured, forced into fleeing or disappeared; he underlined how the entire population continues to face destruction, violence and “inhumane suffering,” but also how the war affects in particular those who are most vulnerable like women, children and the elderly.

“I renew my heartfelt appeal to all parties to the conflict to show signs of goodwill, so that a glimmer of hope may open up for the exhausted population,” he said.

“Let us all pray to the Lord that the great suffering in our beloved and tormented Syria may not be forgotten and that our solidarity might revive hope,” he said before leading people in the square in praying the Hail Mary. 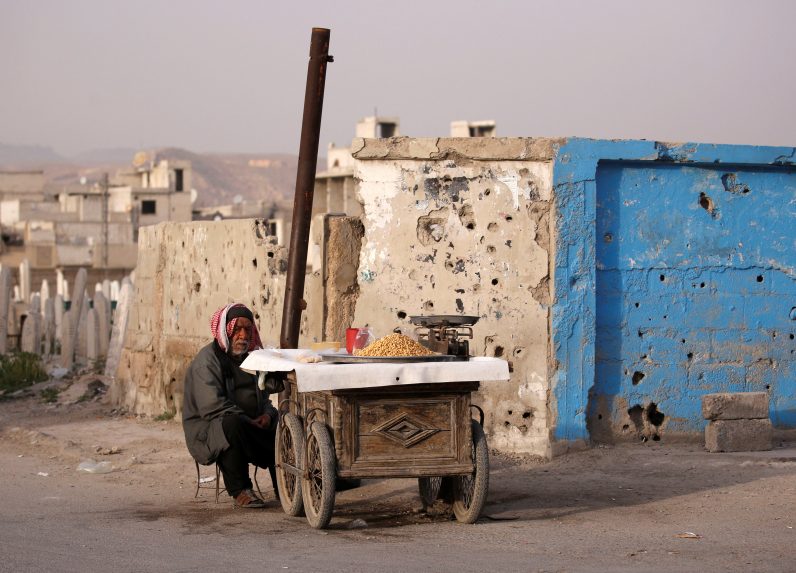 A street vendor waits for customers in Douma, Syria, March 9, 2021. All sides need to come together to end the war in Syria and bring some sign of hope to an exhausted and tormented people, Pope Francis said during the March 14 Angelus. (CNS photo/Omar Sanadiki, Reuters)