Big legislative initiatives may be crowding out passage of Equality Act 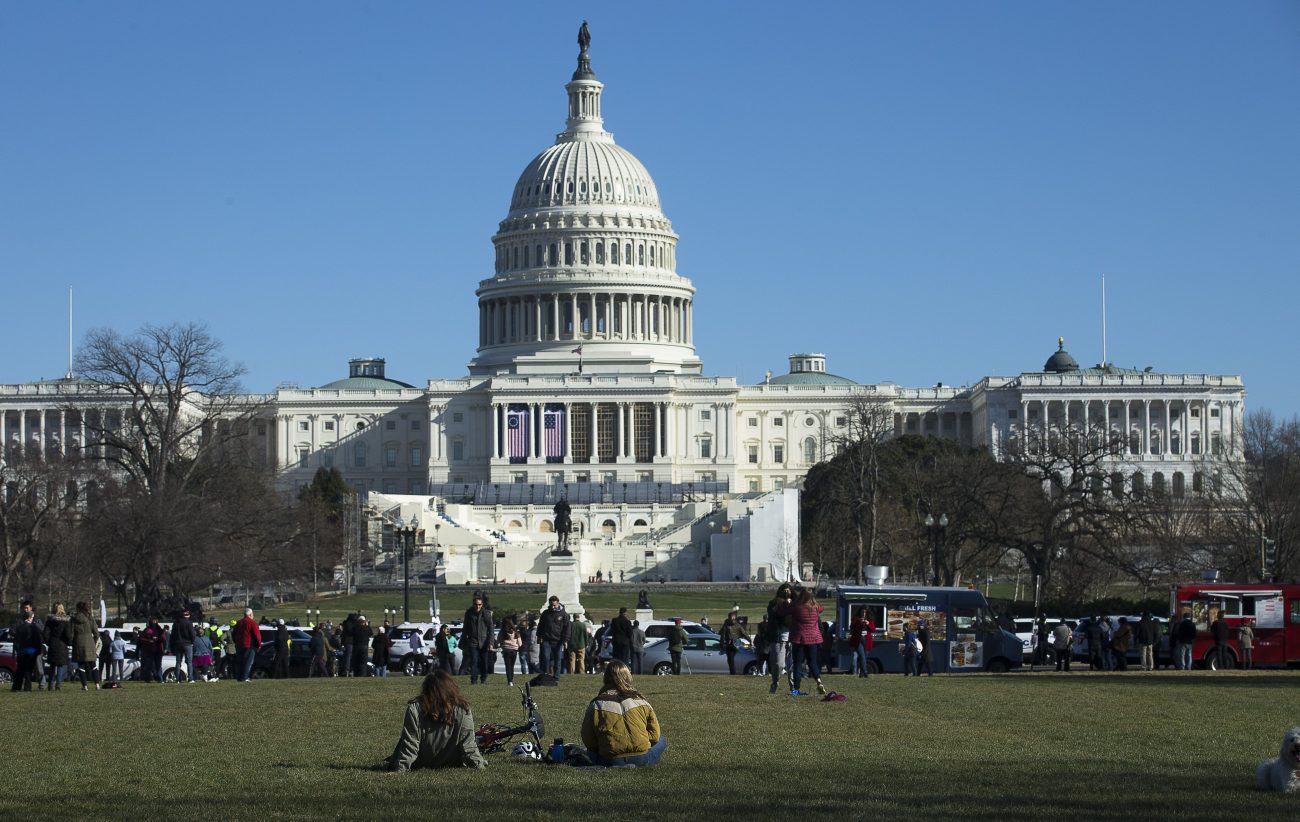 In March, the Equality Act was passed by the House of Representatives but faces an uncertain outcome in the Senate, which is split more equally between Democrats and Republicans.

The Equality Act would amend the Civil Rights Act of 1964 to prohibit discrimination on the basis of sexual orientation and gender identity in employment, housing, public accommodations, public education, federal funding, the credit system and jury duty. It also seeks to add protections for sexual orientation and gender identity and also expand the number of institutions now classified as public accommodations.

Meanwhile, Biden is asking for quick passage of a $2.25 trillion infrastructure package as well as his new American Families Plan, a $1.8 trillion program to expand access to preschool and community college as well as child care and health care benefits.

“There is big stuff moving through Congress right now that is taking up a lot of the bandwidth, including high priority stuff like infrastructure proposal and what not, and I think (the Senate’s pending vote on the Equality Act) is at least partially the product of that,” said Dan Balserak, religious liberty director and assistant general counsel for the U.S. Conference of Catholic Bishops.

The Equality Act has been described as a historic faceoff between religious exemptions and LGBTQ rights, and Balserak said he doesn’t think the debate around the Equality Act will put the overall debate to rest.

“There are very strongly held beliefs on both sides of the issue and this particular bill moving through Congress at this time is a manifestation of significant changes in the culture and the dynamic between a new understanding of human sexuality and the sort of timeless traditional belief about human sexuality that many people in America still hold,” he told Catholic News Service April 27.

The USCCB maintains that the Equality Act not only discriminates against people of faith but threatens unborn life. It is urging Catholics to call on elected officials to oppose it.

Standing with the USCCB in opposition to the Equality Act are several other faith groups, including the Southern Baptist Convention, along with various Orthodox Jewish entities and evangelical Christian associations.

The Seventh-day Adventists, along with Latter-day Saints and members of some other denominations have proposed an alternative plan called the Fairness for All Act, which extends anti-discrimination protections for LGBTQ people, but with more religious exemptions. This was introduced by Rep. Chris Stewart, R-Utah, in February.

Sen. Joe Manchin III, D-W.Va., has already indicated he might not support the Equality Act, which alone could reduce its passage.

What makes this act more sweeping than past anti-discrimination measures is it explicitly overrides the 1993 Religious Freedom Restoration Act (RFRA), which prohibits the federal government from substantially burdening individuals’ exercise of religion unless it is for a compelling government interest.

RFRA operates as a kind of quasi-Constitutional super-statute that sits over all federal law “and the only way a federal law is not subject to RFRA is if that law — if Congress passes the Equality Act — explicitly exempts itself from RFRA. And that has never been done before; this would be the very first time,” Balserak said.

That alone, he said, is an indication of how the act is intended to steamroll any dissenting points of view and is “going out of its way to crush religious objection to this sort of new vision of human sexuality.”

When proponents of the Equality Act say RFRA permits discrimination, what they are referring to is that it permits Christians and others to express disagreement with a concept of human sexuality that is contrary to their faith, he added.

“If you want to call it discrimination for nuns not to pay for contraception, then sure, but that is a misleading characterization of what RFRA does,” Balserak said.

The Equality Act would also punish faith-based organizations, such as charities and schools who serve everyone in their communities simply because of their beliefs.

The parish soup kitchens, clothing drives or any facility that operates one of these programs for the public would likely be subjected to the requirements of the Equality Act and therefore the legislation would punish the church for trying to help the community at large, Balserak said.

“Religiously motivated charitable work is an essential component of our social fabric. It is hard to envision how the network of services for our nation’s poor and vulnerable would work or even begin to meet the needs our country has if the work of religious people was removed or banned from that effort,” he added.

USCCB officials have said the proposed law would force girls and women to compete against boys and men for limited opportunities in sports and to share locker rooms and shower spaces with biological males who identify as women. They have also said it would mandate taxpayers to fund abortions and force people, health care workers in particular, to support gender transition.

Some high-profile Catholic leaders have voiced support for the Equality Act, including Sister Simone Campbell, a Sister of Social Service and former executive director of NETWORK Lobby for Catholic Social Justice. In February, she publicly called on Congress to pass the Equality Act and reportedly told a journalist that the law should pass and that appropriate religious exemptions could be left to the U.S. Supreme Court to remedy.

In response, Balserak said it is an irresponsible legislative practice to rely on the courts to fix problems in new laws and that this also ignores the simple fact that litigation takes time.

He also said individual states could not effectively try to roll back the Equality Act with their own sets of exemptions.

In late April, the Human Rights Campaign announced the results of its Business Coalition for the Equality Act, saying that 400 major U.S. corporations are publicly supporting the legislation.

Balserak said corporations are well attuned to the fact that proponents of the Equality Act and the communities that support it are not hesitant to use their economic and political power to punish any dissent — perceived or real.

As he put it: “I think the phenomenon of big corporations speaking out in favor of the Equality Act is — like most decisions businesses make — a business decision.”

NEXT: Theology of the Body conference speakers to discuss spiritual journeys