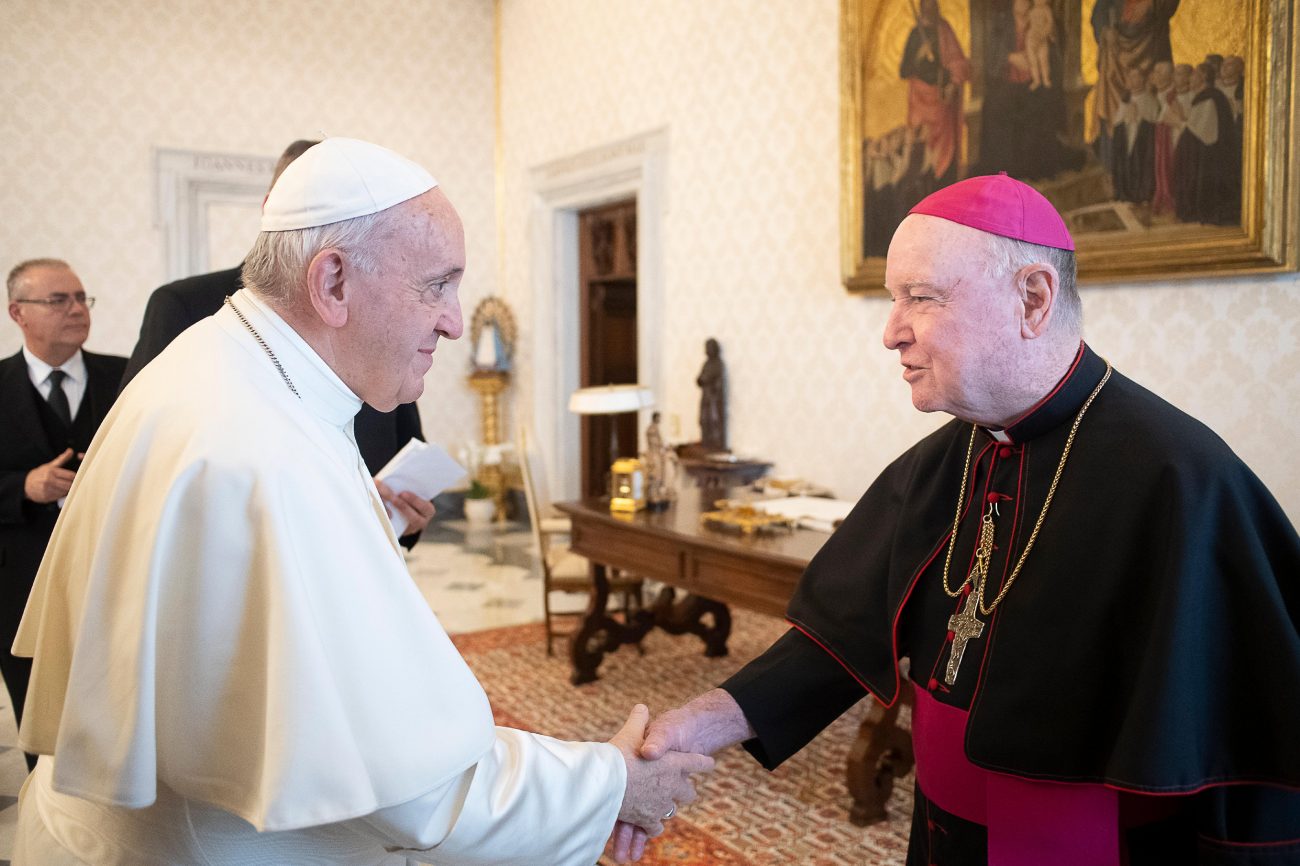 Pope Francis greets Bishop W. Francis Malooly of Wilmington, Del., during a meeting with U.S. bishops during their "ad limina" visits to the Vatican, Dec. 3, 2019. It was announced April 30, 2021, that Pope Francis accepted the resignation of Bishop Malooly and has appointed Mgr. William E. Koenig of the Diocese of Rockville Centre, N.Y., as the bishop of Wilmington. (CNS photo/Vatican Media)

Pope Francis accepted the resignation of President Joe Biden’s 77-year-old bishop April 30 and named Msgr. William Koenig, vicar for clergy for the Diocese of Rockville Centre, to succeed him.

The changes were announced in Washington by Archbishop Christophe Pierre, the Vatican nuncio to the United States.

Bishop Malooly, a native of Baltimore, has led the diocese of Delaware and Maryland’s Eastern Shore since 2008 and celebrated the 50th anniversary of his ordination to the priesthood in 2020.

Bishop-designate Koenig, 64, was born in Queens and ordained for the Diocese of Rockville Centre in 1983. He will be ordained July 13 at St. Elizabeth Church in Wilmington.

“I am humbled by the Holy Father’s decision to appoint me as the 10th bishop of the vibrant and grace-filled Diocese of Wilmington,” he said, adding that he “cannot wait to meet the faithful of the diocese.”

Bishop Malooly said the diocese was “very fortunate” to have Bishop-designate Koenig as its next leader. “God has richly blessed us and we give thanks to God for this wonderful gift,” he added.

Bishop-designate Koenig has been a leader in the Rockville Centre Diocese, serving as rector of St. Agnes Cathedral before he was appointed vicar for clergy in 2020. Rockville Centre is the eighth largest diocese in the United States.

His first assignment as a priest was to the parish of St. Edward the Confessor in Syosset, New York. After five years at St. Edward’s, he served for one year at St. James Parish in Setauket where he also assisted in the campus ministry program at State University of Stony Brook.

In 1989, he was appointed the diocesan director of vocations and the following year he also was assigned as diocesan director of ministry to priests. In the years following, he served as parochial vicar at St. Agnes Cathedral in Rockville Centre, pastor of St. William the Abbot in Seaford and rector of St. Agnes Cathedral in Rockville Centre. He was named a monsignor in 2007.

The bishop-designate grew up in East Meadow, where he and his family were parishioners of St. Raphael’s Church. He attended St. Raphael’s Elementary School, St. Pius X Preparatory Seminary in Uniondale, Cathedral College in Douglaston and the Seminary of the Immaculate Conception in Huntington. After ordination, he also attended Fordham University and received a master’s degree in social work.

He is the son of the late Alfred and Mary Koenig. He has two brothers, Joseph and Michael, and six nephews and nieces.

Two years ago, after being named as priest personnel adviser to Bishop John O. Barres of Rockville Centre, the bishop described then-Msgr. Koenig as “one of our beloved and deeply experienced pastors.”

“Our priests of every age naturally open up to him and trust him,” Bishop Barres told the Long Island Catholic, the magazine of the diocese. “His inner peace, wisdom, understanding, experience and counsel will be invaluable in supporting our priests and our parishes and discerning how our priests can grow in holiness and mission as they serve the great parishes of Long Island in challenging times.”

“One of the things I just love about Msgr. Koenig,” Bishop Barres said in the 2019 interview, “is he illustrates that when a Catholic priest is praying deeply, evangelizing deeply, serving the people of God deeply, there is an interior peace that radiates through every dimension of their being … Msgr. Koenig is a great evangelizer, but that fundamental steadiness and peace that radiates from him is evangelizing in itself.”

“The other thing I love is he has the trust of our priests,” he added. “They come to him to bounce things off of him naturally.” 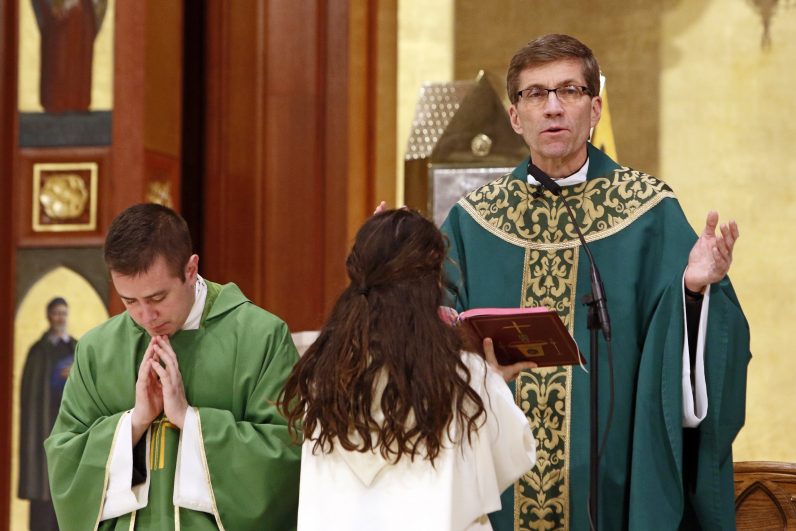 NEXT: Big legislative initiatives may be crowding out passage of Equality Act