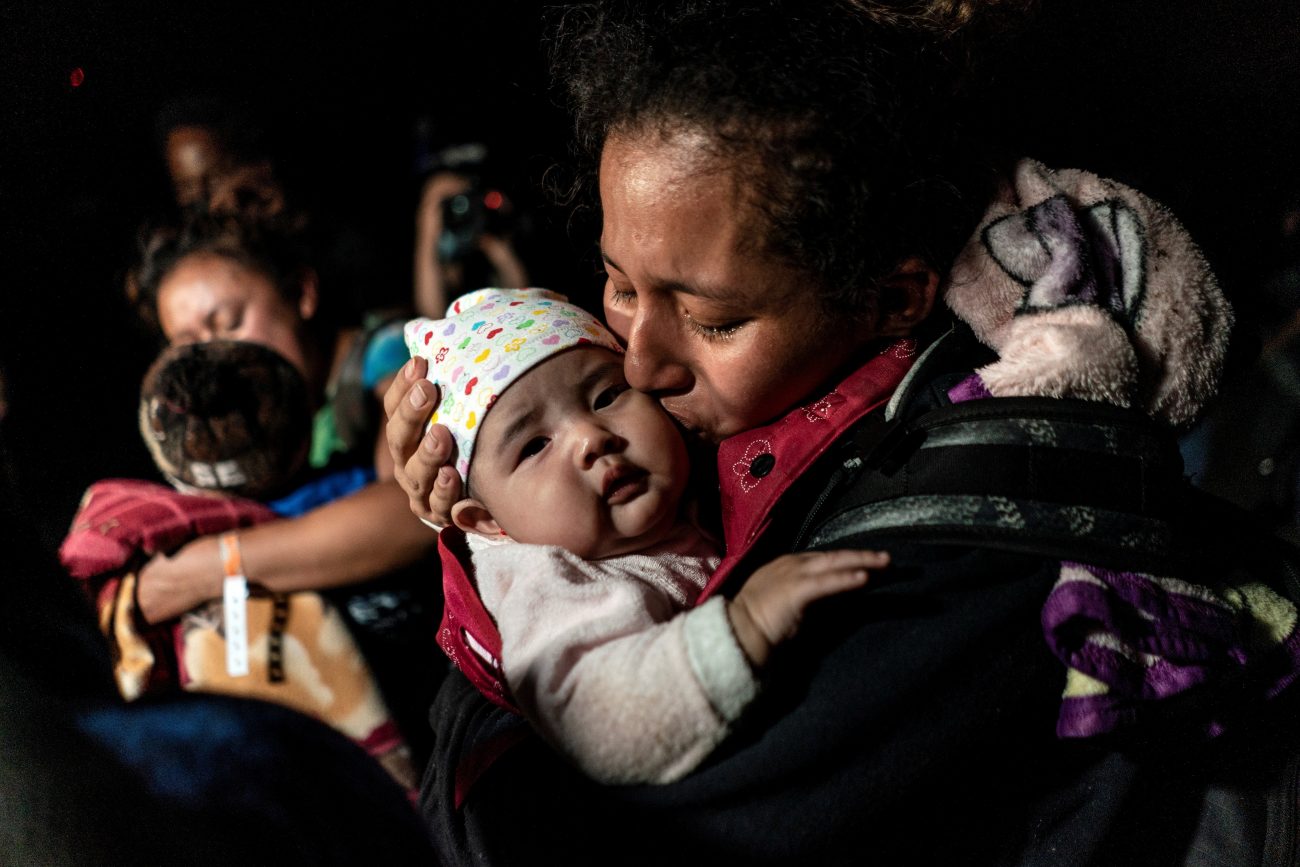 A mother from Guatemala seeking asylum in the U.S. kisses her 3-month-old baby while waiting to be escorted by Border Patrol agents in Roma, Texas, April 7, 2021, after crossing the Rio Grande into the United States. (CNS photo/Go Nakamura, Reuters)

WASHINGTON (CNS) — An interfaith collection of religious activists is asking the Biden administration to step up the pace of family reunification to remedy the Trump administration’s “zero tolerance” policy that separated an estimated 5,500 immigrant children from their families by invoking criminal proceedings against their parents.

“While we have a new administration and it’s a new day, injustice persists,” said the Rev. Jennifer Butler, a Presbyterian minister and CEO of Faith in Public Life, which organized the April 7 online event, “Our Holy Season Prayer: Reunite All Families.”

“The work of reunion is incomplete, so we are once again speaking out,” she added.

The event’s centerpiece was a five-point plan for the administration:

— Find the missing parents, reunite all the families and ensure they can live in the U.S. together, free from detention and deportation.

— Provide immediate protections from deportation and support a path to citizenship for all separated families.

— And pursue investigations of, and accountability for, those responsible.

“I will never forget watching a long line of migrant families come over from the detention center” to a respite center run by Sister Norma Pimentel, a Missionary of Jesus, and administered by Catholic Charities of the Rio Grande Valley in Texas, Rev. Butler recalled. “They had just been released. They were sick and they were starving.”

Rev. Butler’s voice choked with emotion as she remembered seeing “a boy riding on the shoulders of his father. He reminded me of my own son, tall and lanky. He was doubled over. I couldn’t see his face. I stared at the boy, I watched him and I prayed for him.”

Then, she said, “volunteers out front cheered and applauded, and the boy lifted his head, smiled ear to ear and began to wave vigorously. For the first time in weeks, he was being treated as a human being.” 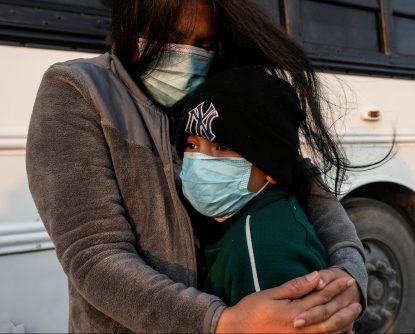 A migrant family seeking asylum in the U.S. waits to be transported by the Border Patrol in La Joya, Texas, April 7, 2021, after crossing the Rio Grande into the United States. (CNS photo/Go Nakamura, Reuters)

Sister Pimentel, scheduled to speak, was unable to due to an emergency at the Catholic Charities respite center in Brownsville, Texas, according to Jose Arnulfo Cabrera, director of education and advocacy for the Ignatian Solidarity Network.

“She works every day,” he said of Sister Pimentel. “As crazy as everything has been at the border, her absence is also a reminder to us of all that craziness at the border — having to deal with CBP (U.S. Customs and Border Protection) and all of their policies.”

The event’s theme took note of the Abrahamic faiths’ concurrent feast this year: Christians celebrated Easter April 4 — as the Jewish Passover was concluding — and Muslims begin the monthlong observance of Ramadan at sunset April 12.

When Justice Department officials announced the zero-tolerance policy in 2018, they “absolutely knew they would be separating families,” said Yesenia Chavez, an immigrant rights policy analyst for the American Civil Liberties Union.

“This deterrence measure did not work,” Chavez said, adding, “This is a moral stain on our country’s history.”

In interviews with ACLU attorneys after being detained by immigration authorities, the immigrants said “they would have still had no option but to come to this country because they were fleeing violence and trying to stay alive,” Chavez said. “They have specifically stated to our representatives, ‘My family was in danger of being killed — either myself or my children.’ People are coming to this country for respite and being able to live freely.”

“Social consciousness is on the top of the list to become aware of the plight of the poor,” Imam Siddiqui said, “and the migrant who is in dire need of our help.”

Ramadan, he added, “is also the month of justice and blessing,” and any delay in the reunification of families separated at the border “means continued injustice.”

Rev. Blackmon, associate general minister of justice and local church ministries for her denomination, said Jesus, while on the cross, “took time to ensure the care of his mother before his death. Jesus was teaching us all of our responsibility to care for one another.”

Catholic co-sponsors of the event included the Columban Center for Advocacy and Outreach; the U.S. provinces of the Congregation of Our Lady of Charity of the Good Shepherd; the Franciscan Action Network; the Leadership Conference of Women Religious; the Maryknoll Office for Global Concerns; the National Advocacy Center of the Sisters of the Good Shepherd; and the U.S.-Canada province of the Society of the Sacred Heart.

PREVIOUS: Nations not working together seen as biggest failure of pandemic

NEXT: Inspired by a priest in the family, a mother and daughter become Catholic