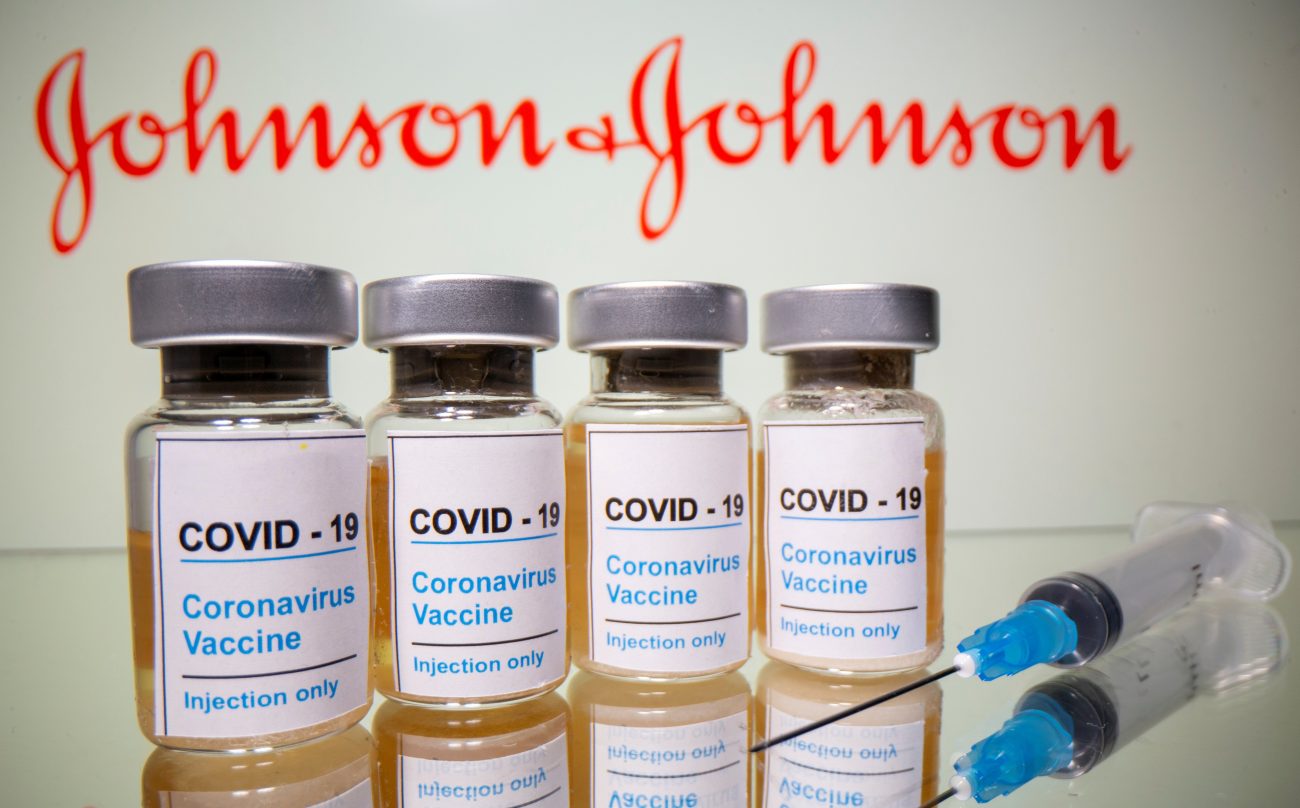 Vials of the Johnson & Johnson COVID-19 vaccine and a medical syringe are seen in this 2020 photo illustration. (CNS photo/Dado Ruvic, Reuters)

WASHINGTON (CNS) — The U.S. Conference of Catholic Bishops’ Secretariat of Pro-Life Activities has launched a campaign urging Catholics to write letters to pharmaceutical companies urging them to stop the use of abortion-derived cell lines in the development and testing of vaccines.

Among the companies singled out are Pfizer, Moderna, AstraZeneca and Johnson & Johnson for their COVID-19 vaccines, GlaxoSmithKline for its Shingrix shingle vaccine, and Merck for its MMR, Chickenpox, and Hepatitis-A vaccines.

The secretariat provides sample letters on the USCCB website. The letters include the names of top officials and the address for each company.

Each letter starts out with a thank-you to the company for developing its lifesaving COVID-19 vaccine, in this case Moderna, but goes on to say: “It is my understanding, however, that in testing this vaccine, Moderna made use of a cell line derived from an aborted baby.

“I am respectfully urging Moderna to stop relying on such cell lines. … I believe it is immoral to use abortion-derived tissues and/or cell lines in the production, testing or manufacture of vaccines and other pharmaceutical products.”

In December, as the first COVID-19 vaccines developed by Pfizer-BioNTech and Moderna received approval from the U.S. Food and Drug Administration and the companies geared up to begin to distribute their two-shot vaccines around the country, concerns were raised over their testing and development and any connection they may have had to abortion-derived cell lines.

They confirmed that “an abortion-derived cell line was used for testing” the Pfizer and Moderna vaccines, but this cell line was “not used in their production.” They also noted that cell lines used were derived from fetuses aborted in the 1970s.

Later, after a third, one-shot COVID-19 vaccine developed by Johnson & Johnson received FDA approval, the prelates said this vaccine had “additional moral concerns” because it was “developed, tested and is produced with abortion-derived cell lines.”

The prelates said the Pfizer and Moderna connection to these troubling cell lines was more remote than that of the Johnson & Johnson vaccine, adding that “if one can choose among equally safe and effective COVID-19 vaccines, the vaccine with the least connection to abortion-derived cell lines should be chosen.”

However, “what’s most important is that people get vaccinated,” Bishop Rhoades said. “It can be an act of charity that serves the common good. At the same time … it’s really important for us to encourage development of vaccines that do not use abortion-derived cell lines. This is very important for the future.”

The USCCB letter-writing campaign is aimed, then, at encouraging the development of vaccines that do not use these cell lines.

In promoting this campaign, Valerie Schmalz, director of the Office of Human Life & Dignity in the Archdiocese of San Francisco, urged Catholics there to participate in it because “we can never allow ourselves to become calloused to this gross violation of human dignity and life. We have an obligation to speak up for life and for a return to respect for all life in our society.”

The list of companies provided by the Secretariat of Pro-Life Activities on the USCCB website includes one that comes in for overall praise: Sanofi Pasteur, the largest biotech company in the world devoted entirely to vaccines.

Last fall, Sanofi Pasteur decided it would no longer use an aborted fetal cell line to produce its polio combination vaccines Pentacel and Quadracel.

After the move was approved by the U.S. Food and Drug Administration, Greg Schleppenbach, associate director of the pro-life secretariat sent an alert to diocesan pro-life directors about the development and asking them to in turn send a message of thanks to Sanofi Pasteur.

“One important step we can take to ensure the production of ethical vaccines is to recognize and thank drug companies, like Sanofi Pasteur, when they move away from unethical vaccine production,” Schleppenbach said in his alert. “We can hope that, with some encouragement, other vaccine manufacturers may consider creating other morally acceptable vaccines.”

Similarly, Archbishop Naumann and Bishop Rhoades wrote to all bishops to share this same news and asked them to in turn share the information with diocesan leaders and especially with Catholic health care leaders.

In his alert, Schleppenbach also noted that the Pontifical Academy for Life recommended in 2005 — and reiterated in its 2017 “Note on Italian Vaccine Issue” — that “a long-term solution lies in working to ensure that future vaccines and other medicines are not based on cooperation with practices that demean human life.”

PREVIOUS: After Knoxville shootings, a call to find solutions to violence