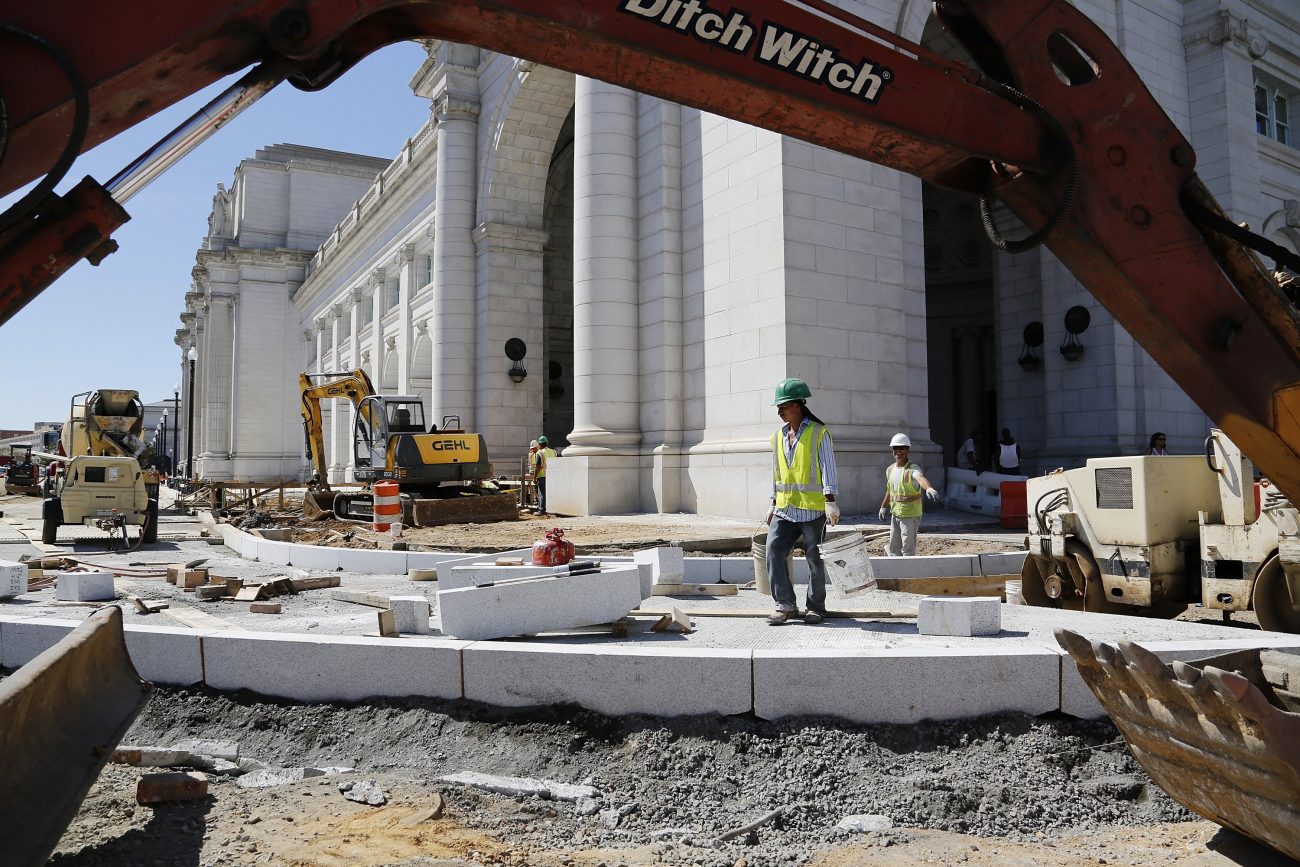 WASHINGTON (CNS) — A report released April 14 by the Catholic Labor Network reveals that wage theft is rampant in the construction industry in the District of Columbia.

The report, “The Underground Economy and Wage Theft in Washington D.C.’s Commercial Construction Sector,” found that “workers are misclassified as independent contractors or paid in cash off the books, denying the public necessary tax revenues and denying workers the protection of wage and hour laws.”

The Catholic Labor Network report focused solely on private construction projects in Washington — not in its Maryland or Virginia suburbs — with a value of at least $25 million.

“While this has long been the case in single-family residential construction and renovation, today this form of workplace fraud has penetrated the largest commercial construction sites in the District of Columbia,” the report said.

Prior to the report’s issuance, Clayton Sinyai, executive director of the Catholic Labor Network, told Catholic News Service that one surprise to him was the extent to which labor brokers and subcontractors had worked their way into the construction business.

“Ten years ago I would have told you this kind of thing couldn’t have happened in electrical and plumbing because they were licensed trades,” Sinyai said, but the report found a significant minority of each trade are now being subcontracted.

As a result, workers at many job sites get paid less than the minimum wage in the District, which is $15 an hour. They don’t get paid in checks with pay stubs that itemize deductions, because none are taken out. Instead, they’re paid, if not with cash, the with checks on the account of a firm other than the one that hired them.

Workers can either wait two weeks for a bank to give them their money — provided the check clears– or are steered to a check-cashing outlet that skims a percentage of the worker’s pay as its fee.

Sinyai said workers tend not to complain to their boss on the job site about any of this because they are in this country without documents.

“Should one of them come in and get their problem handled, if the fella out there is a contractor or is employing dozens of people, he can afford to settle up on one of them,” he added.

Who benefits from this arrangement? “The primary beneficiary is the dishonest contractor who’s paying their employees this way and in turn is underbidding legitimate business and cheating the rest of us law-abiding taxpayers because they’re not paying into the unemployment insurance, Social Security and Medicare,” Sinyai said.

Frank Mahoney, communications director of the Eastern Atlantic States Regional Council of Carpenters, said studies of this nature are rare. The Internal Revenue Service, he added, has not reported on the issue since 2012.

However, a study conducted by Harvard University, according to Mahoney, “added up the worker comp issues, the state and federal taxes across the board, when you do independent contracting. They estimated in the past seven years that it could be an $8.4 billion loss” in tax revenues.

Subcontractors are “so able to drastically underbid law-abiding and ethical contractors, they just can’t get that work,” Mahoney said. “We have reps on the ground in Virginia, D.C., across the region. They go to job sites to see that they’re good. We’re seeing it on job sites all the time — being paid cash, not having taxes taken out.”

He added workers “have to be underground to make a living. And that’s not always the safest place when you’re seeing the immigrant workers, the people who are worried about being in the spotlight sometimes — being the people these subcontractors go after.”

The Catholic Labor Network interviewed 79 workers in the construction trades for the report. One, identified only as Ivan, 28, was a bus driver in the El Salvadoran capital of San Salvador until he fled to the United States once gangs started threatening bus drivers to pay them protection money. He learned how to do heating, venting and air-conditioning work at his first job site in early 2020.

But other workers “told me that they worked overtime sometimes but never got paid time and a half. A lot of people quit during the time I was there because of the low pay,” said Ivan, who got paid $12 an hour. “I never got the raise Jimmy (the subcontractor) promised, so I quit in June,” he added.

Labor brokers “take advantage of us because they know we are immigrants and some of us are undocumented,” Ivan complained.

Another worker, Carmen, 35, came to the U.S. from Mexico five years ago. She ventured from Virginia into Washington to find better paying work than babysitting, and got a job finishing drywall at a construction site in a rapidly gentrifying neighborhood.

“When I learned that the minimum wage in D.C. was $15 per hour, I was angry and asked the boss why we don’t get the minimum wage,” Carmen said. “He told me, ‘We don’t owe you an explanation. You can take the work at the rate we pay or get out.’ Sometimes we work overtime, but we don’t get any overtime pay like the law says. I’d like to find a better job but it’s hard right now because of COVID, so I’m still here.”

“As Catholics we believe in worker justice,” Sinyai told CNS. “We believe that the laborer is worth his wages, as Scripture tells us, and when workers, especially the most vulnerable workers — in this case immigrant workers — who are unfamiliar with their rights or uncomfortable exercising them, that concerns all of us faithful.”

NEXT: Minneapolis archbishop calls for peace after fatal police shooting