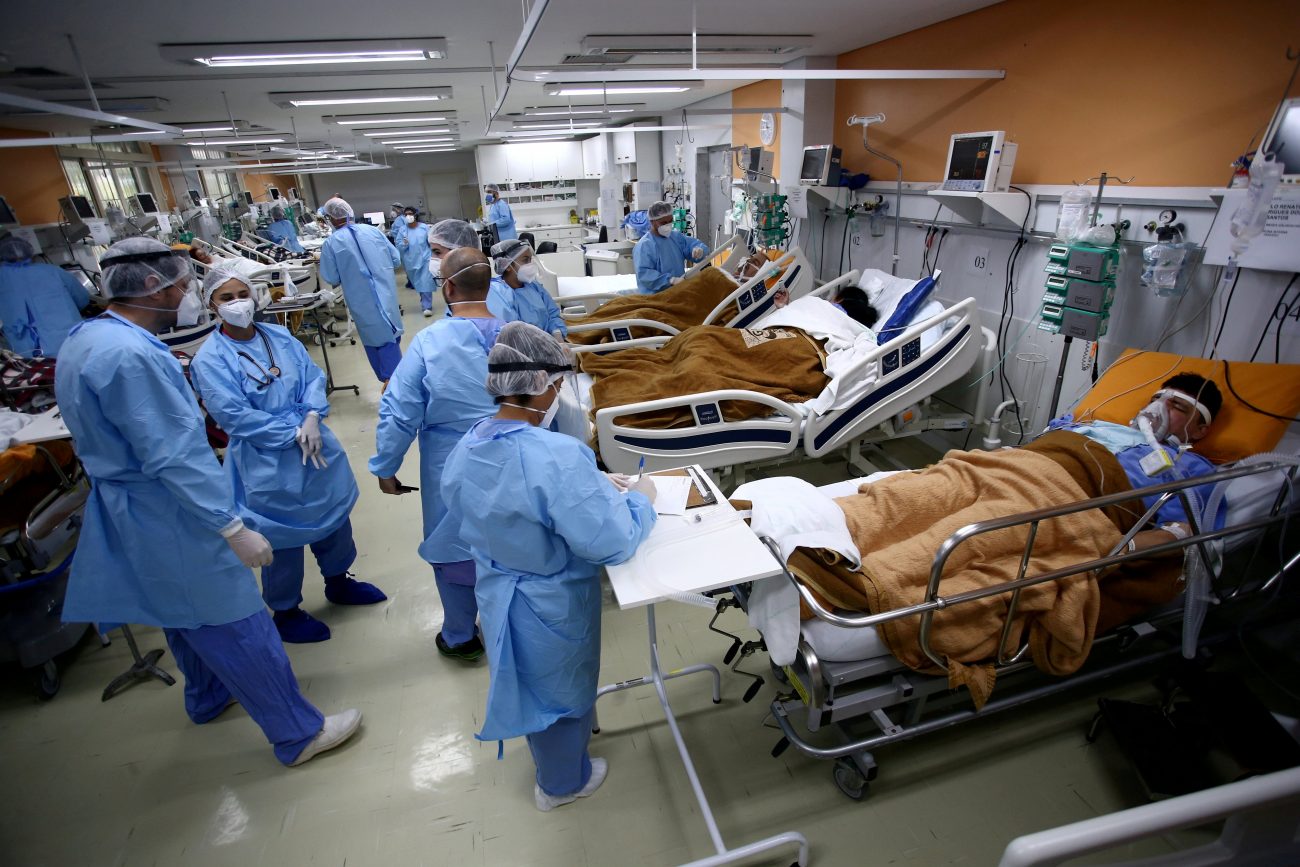 Medical workers take care of patients in the emergency room of the Nossa Senhora da Conceicao hospital in Porto Alegre, Brazil, March 11, 2021. In an April 15 video message, Pope Francis encouraged bishops in Brazil to remain united to overcome "one of the most difficult trials" in their country's history." (CNS photo/Diego Vara, Reuters)

Bishops in Brazil must remain united, among themselves and with their people, to overcome “one of the most difficult trials in its history,” Pope Francis said.

In a video message sent April 15 to the general assembly of the Brazilian bishops’ conference, the pope encouraged the bishops to give hope and charity “especially to those most in need so that they may smile again.”

The pope’s message came as the government of Brazilian President Jair Bolsonaro was drawing widespread condemnation for its lackluster response to the pandemic. As of April 16, nearly 366,000 people in Brazil have died due to COVID-19, the second highest number of deaths worldwide, according to Worldometer, a statistical site monitoring the pandemic.

“As a result, science-based policies are associated with political opinions, rather than the need to protect individuals and their communities from COVID-19,” Christou wrote.

In his video message to the country’s bishops, the pope expressed his closeness to “the hundreds of thousands of families who mourn the loss of a loved one.”

Pope Francis told the bishops that the Catholic Church must be “an instrument of reconciliation, an instrument of unity,” and he encouraged them to “put aside divisions and disagreements.”

“Only in this way will you, as shepherds of the people of God, be able to inspire not only the Catholic faithful but also other Christians and other men and women of good will at all levels of society, including the institutional and governmental levels, to work together to overcome not only the coronavirus, but also another virus that has long been infecting humanity: the virus of indifference, which is born of selfishness and generates social injustice,” the pope said. 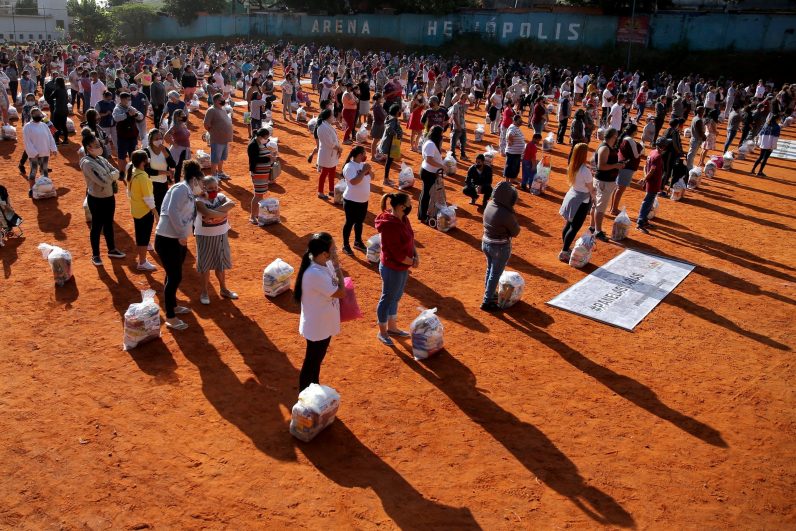 People stand to receive food aid distributed by the “G10 das Favelas,” a group of slum entrepreneurs, during the COVID-19 pandemic in São Paulo, April 14, 2021. In an April 15 video message, Pope Francis encouraged bishops in Brazil to remain united to overcome “one of the most difficult trials” in their country’s history.” (CNS photo/Carla Carniel, Reuters)

NEXT: U.S. withdrawal from Afghanistan may risk civil war, says priest in Kabul