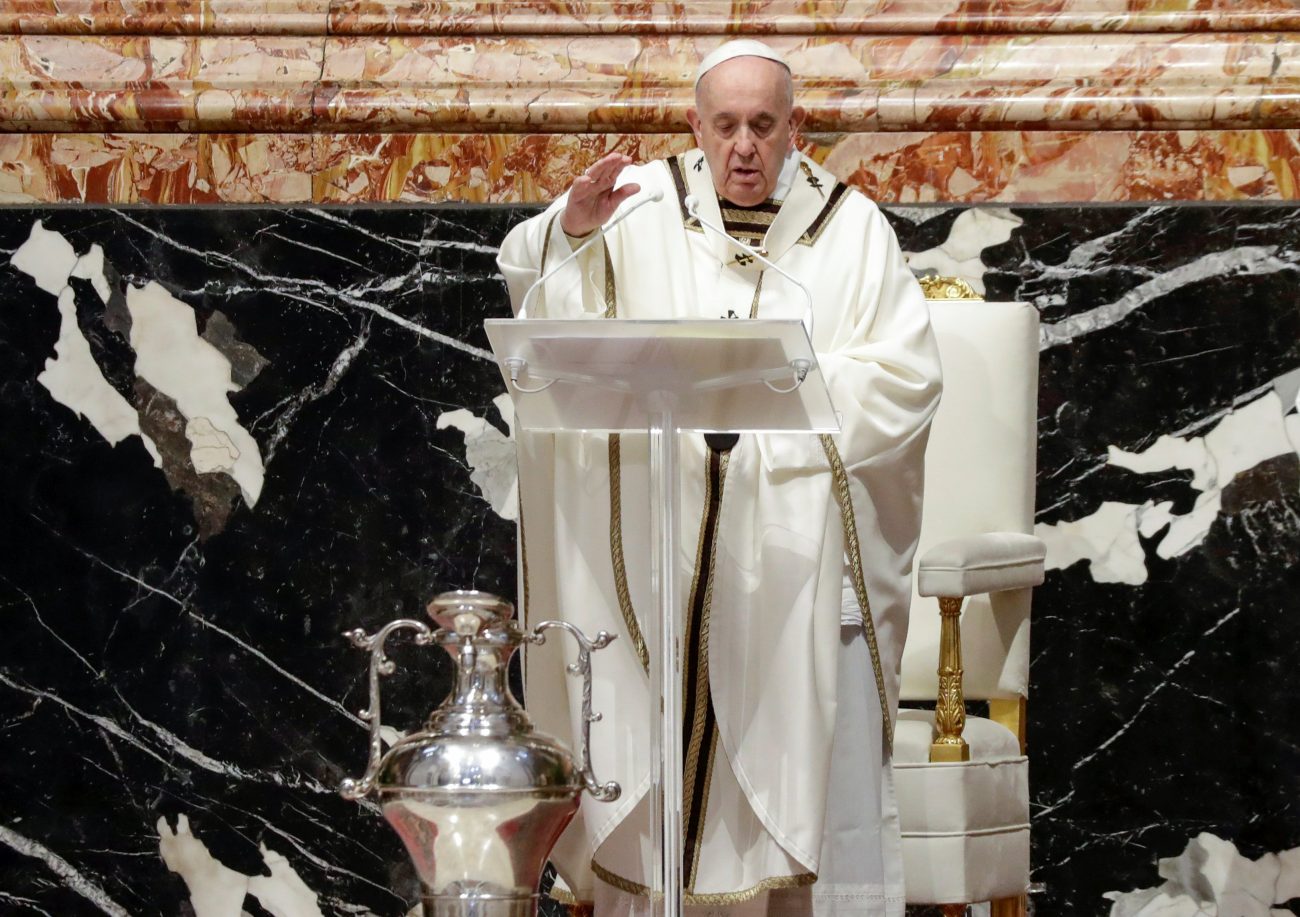 VATICAN CITY (CNS) — Living and preaching the Gospel always involves embracing “the cross,” whether it be in the form of misunderstanding, hostility or outright persecution, Pope Francis told Rome priests gathered for the chrism Mass.

In the life of Jesus and in the lives of his disciples today, “the hour of joyful proclamation, the hour of persecution and the hour of the cross go together,” the pope said at the Mass April 1 at the Altar of the Chair in St. Peter’s Basilica.

Pope Francis did not celebrate a chrism Mass last year because Italy, and much of the world, was in the midst of the first huge wave of the COVID-19 pandemic.

But even with vaccines being distributed and death rates dropping, Italy was under a modified lockdown, so only about 75 priests representing their confreres in the Diocese of Rome were able to attend the Mass with their bishop, the pope.

At total of about 200 people, including three dozen cardinals, were present for the liturgy. The principal concelebrants were Cardinal Mauro Gambetti, the new vicar for Vatican City, and Cardinal Angelo De Donatis, vicar for Rome.

The chrism Mass has two unique characteristics: the blessing of the oils used for the sacraments of baptism, confirmation, ordination and the anointing of the sick; and priests renewing the promises they made at ordination. 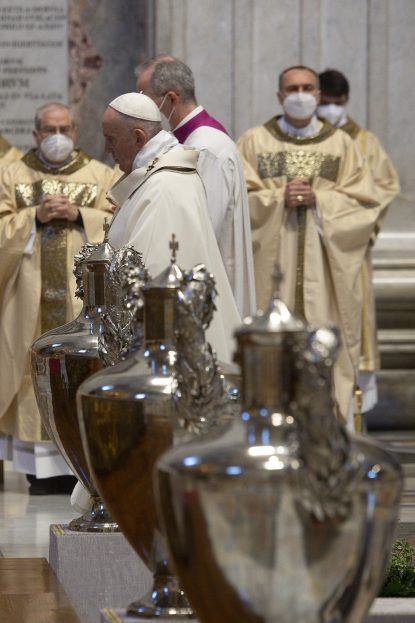 Pope Francis walks past urns of oil to be blessed and used in the sacraments as he celebrates the chrism Mass in St. Peter’s Basilica at the Vatican April 1, 2021. (CNS photo/Vatican Media)

Deacons brought the oils in large silver urns to the pope, who prayed that God would bless them and the people who will be anointed with them.

Then the priests present vowed that they were “resolved to be more united with the Lord Jesus and more closely conformed to him,” and that, out of love for Christ, they renewed the promises they “willingly and joyfully pledged” on the day of their ordination.

The liturgy also includes the bishop asking the faithful present to pray for their priests and for him. Pope Francis slightly altered the text of the second prayer, asking the congregation, “Pray for me — I need it — so that I may be faithful to the apostolic service entrusted to me and so that in your midst I may be made day by day more the image of Christ, the priest — simply that — good shepherd, teacher and servant of all.”

In his homily, Pope Francis acknowledged how many obstacles a priest can encounter as he teaches, preaches and celebrates the sacraments.

The story from Luke’s Gospel of Jesus reading the Scriptures in the synagogue at Nazareth, arousing both admiration and anger, the pope said, shows how “Jesus’ words have the power to bring to light whatever each of us holds in the depths of our heart, often mixed like the wheat and the tares.”

“The preaching of the Gospel is always linked to the embrace of some particular cross,” Pope Francis said. “The gentle light of God’s word shines brightly in well-disposed hearts but awakens confusion and rejection in those that are not.”

That conflict is seen repeatedly in the Gospels, the pope said, noting how, for example, “the tender love of the merciful father irresistibly draws the prodigal son home, but also leads to anger and resentment on the part of the elder son” or how “the generosity of the owner of the vineyard is a reason for gratitude among the workers called at the last hour, but it also provokes a bitter reaction by one of those called first, who is offended by the generosity of his employer.” 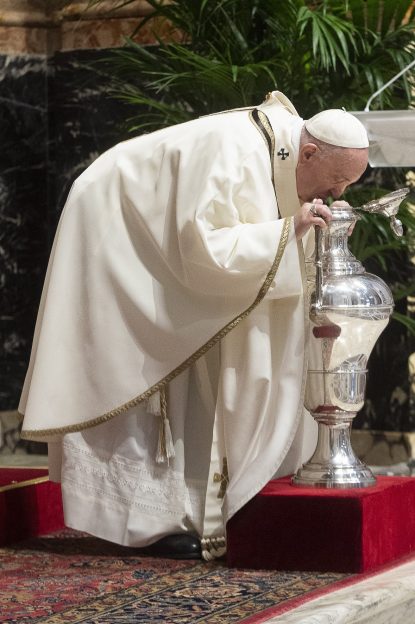 The cross, including misunderstanding, rejection and persecution, is present in the Gospel from the very beginning of Jesus’ life, the pope said. “The cross is not an afterthought, something that happened by chance in the Lord’s life.”

And, he told the priests, “it is true that the cross is present in our preaching of the Gospel, but it is the cross of our salvation.”

“We are not scandalized” by the presence of the cross — “the large crosses of humanity and the small crosses in the lives of each of us” — he said, because “Jesus himself was not scandalized by seeing that his joyful preaching of salvation to the poor was not received wholeheartedly, but amid the shouts and threats of those who refused to hear his word.”

“We are not scandalized because Jesus was not scandalized by having to heal the sick and to set prisoners free amid the moralistic, legalistic and clerical squabbles that arose every time he did some good,” the pope continued.

“The Lord always gives us what we ask for, but he does so in his divine way,” Pope Francis said. “That way involves the cross. Not for masochism. But for love, love to the very end.”

NEXT: Migrants face hazards, smugglers, extortion on road to U.S.