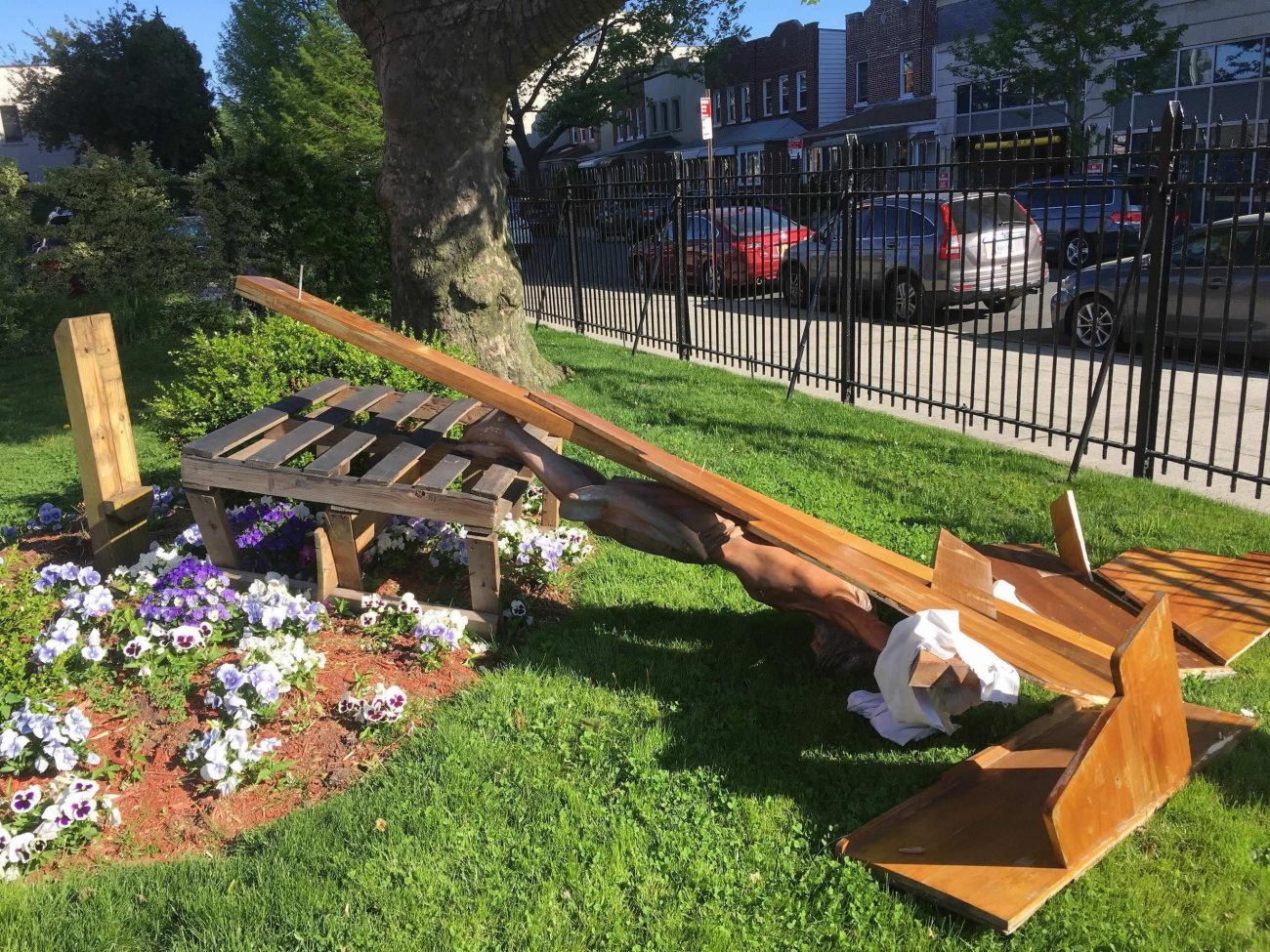 A crucifix is seen toppled and damaged May 14, 2021, at St. Athanasius Catholic Church in the Diocese of Brooklyn, N.Y. (CNS photo/courtesy Brooklyn Diocese)

BROOKLYN, N.Y. (CNS) — Officials in the Brooklyn Diocese said May 17 they will be “notifying our churches to be on alert” to vandalism and hate crimes directed at Catholic church property following two such incidents in about a three-day period.

“And we are asking the NYPD to increase patrols in and around the area of our churches,” the diocese said in a statement.

Over the weekend of May 15 and 16, a statue depicting Mary holding her son, Jesus, was vandalized on the grounds of the diocesan administrative offices in the Windsor Terrace section of Brooklyn. The child Jesus was decapitated.

The diocese said the destruction was discovered by a facilities manager and immediately reported to the New York City Police Department.

“The crime is currently being investigated as a hate crime,” it said, adding that the diocese “is already working toward repairing the statue to its original form.”

In the early hours of May 14, Msgr. David Cassato, pastor at St. Athanasius Catholic Church in Bensonhurst section of Brooklyn, saw that a crucifix on church property was toppled and damaged. He called it “truly an act of hatred” and said discovering it was “the saddest day of my 20 years here at this parish.” 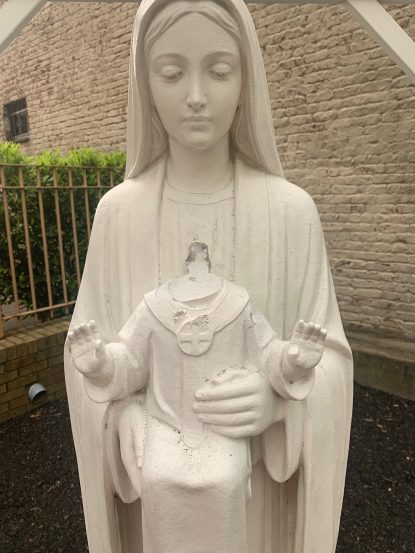 A statue depicting Mary holding her son, Jesus, on the grounds of the administrative offices of the Diocese of Brooklyn, N.Y., is seen after it was vandalized sometime during the weekend of May 15 and May 16, 2021. (CNS photo/courtesy Brooklyn Diocese)

As he walked from the rectory to St. Athanasius Catholic Academy to greet the students at 8 a.m., the priest discovered the crucifix displayed on the grass adjacent to the school had been toppled over and was lying face down, according to a news release from the Brooklyn Diocese.

The statue of Jesus, the cross and the display were all damaged, and the New York Police Department was investigating the vandalism as a hate crime. News reports said an American flag on the property also was burned.

On May 16, New York’s ABC News affiliate broadcast surveillance video released by police of a man they believe is responsible.

“I went over and spoke to the students in the school about what happened, telling them that hate never wins,” Msgr. Cassato said. “We are, and must be, a community that continues to share the message of Easter, that which is of love, hope, and forgiveness.”

Parishioners gathered in prayer the evening of May 14.

The crucifix was installed at the parish church in 2010 in memory of Msgr. Cassato’s mother. The parish plans to repair and reinstall the crucifix in the same location, the diocese said. A GoFundMe page has been set up to help raise money to restore it.

“We are definitely concerned that there is a pattern of hate crimes against Catholics,” Msgr. Anthony M. Hernandez, moderator of the curia for the Diocese of Brooklyn, said in a statement.

He called the vandalism at the church and at diocesan offices “a hate crime” and “act of hatred,” and added: “Hatred and intolerance of the Catholic faith, and for that matter any faith, has no place here.” 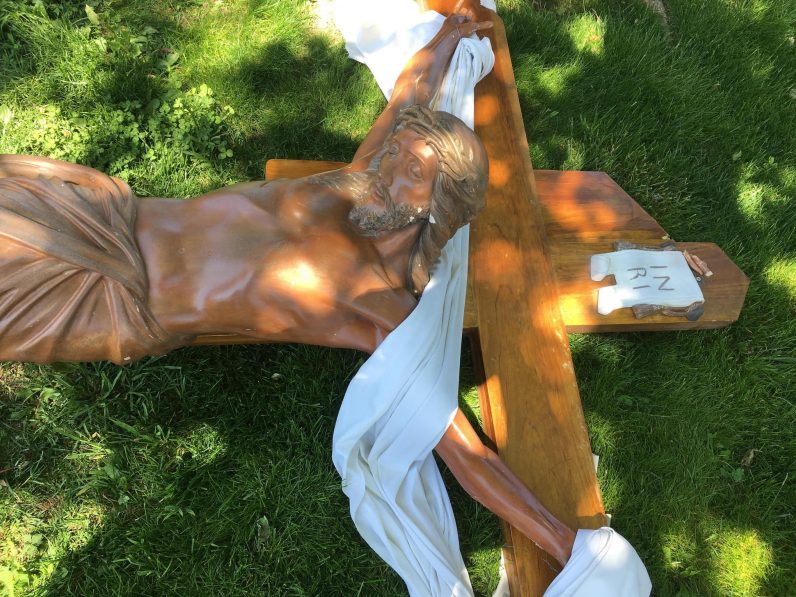 A crucifix is seen toppled and damaged May 14, 2021, at St. Athanasius Catholic Church in the Diocese of Brooklyn, N.Y. (CNS photo/courtesy Brooklyn Diocese)

PREVIOUS: Pro-life leaders say HHS should not do away with Trump-era Title X rule