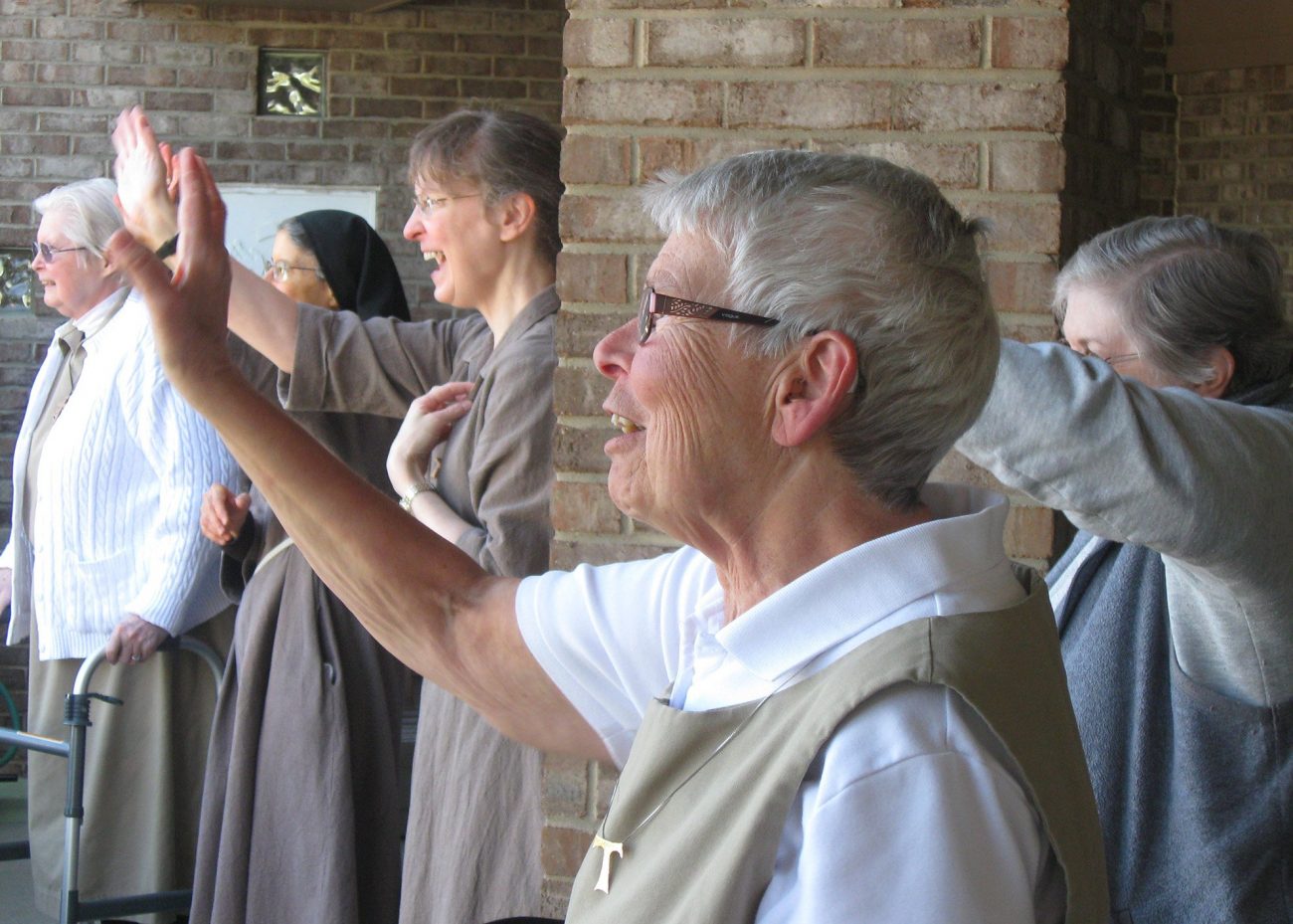 The Poor Clares, a cloistered community of religious women located in Travelers Rest, and the Trappist monks of Our Lady of Mepkin Abbey in Monks Corner, have made significant changes to the way they support their missions over the past year.

The Poor Clares spend their days in contemplative prayer. They live on alms and the proceeds from the altar breads they make for churches in southeastern states.

The Trappists earn an income from their distinctive mushroom farm and loyal benefactors.

A cloistered monastery might seem to be immune to an outside world forced into social isolation by a pandemic, but the outside society does have an impact on their quiet interior.

Sister Mary Connor manages the community’s Partners In Grace program, which develops relationships with volunteers, people who pray with the women religious and donors. She said the pandemic dramatically affected their lives in stages.

The early days of the pandemic were the most painful. On St. Patrick’s Day 2020, the sisters learned they would not have Mass at their chapel. They also closed their doors to volunteers who helped with answering phones, responding to retreat and information requests, managing the grounds and building upkeep.

“The altar bread department had to stop taking orders because churches were livestreaming Masses,” Sister Mary told Catholic News Service. “Now that is gradually changing. The volume of people going to Mass has just started to change a week or two ago, but it is still not back to what it was before. We are not certain how it is going to resume.”

The Poor Clares also have a three-room retreat house that was closed until a couple of months ago. Currently, there are 13 sisters at the monastery. Sister Mary said most of them have received a COVID-19 vaccine, but they are not ready to return to normal operations, however.

The sisters usually take prayer requests by phone or email. The lockdown saw an uptick in requests for their handmade prayer cards because they were available online. Sister Mary said the spiritual direction they offer also continued with phone calls and Zoom meetings.

At the Trappist abbey, Father Joe Tedesco, the superior, said the community sent retreatants home March 9, 2020, and shut the gates behind them. The Trappists also closed their oak-strewn gardens on the banks of the Cooper River to visitors. A small group of employees were allowed to handle the bare necessities such as maintaining the mushroom farm.

“We had no income for months because the restaurants were closed,” Father Tedesco said. “They are our primary source of customers and that was a challenge.”

The abbey has a store which continued to operate online, selling books and packets of dried mushrooms. But sales were limited and the monks stopped growing mushrooms for several months which led to restructuring farm operations and reducing the workforce.

Like the Poor Clares, the Trappists were innovative and began offering retreats, lectures and workshops on Zoom. Father Tedesco said the online programs were extremely successful, with one session having 100 participants.

Each kind of contemplative community has a different charism, Trappists have solitude, but Poor Clares have a connection with those people outside, she said.

Similarly, the monks felt the absence of laypeople.

“We were used to having a full house and having people praying with us,” Father Tedesco said. “It was a very different experience to have no one else here for months. The oldest monk here, Brother Joseph, who has been a monk for 77 years, said we were finally back to being Trappists again.”

Mepkin Abbey recently allowed retreatants to return and Father Tedesco said the monks will consider allowing long-term guests to return during May as long as they are vaccinated. The monks received their vaccinations in January.

Sister Mary said the Poor Clares are meeting regularly and working on a plan to entirely reopen. They are concerned about variants of the virus though.

“We feel responsible for protecting others, not just ourselves. We are praying all the time for people involved in COVID and the health care workers,” she said.

“We have exposition of the Blessed Sacrament every day, twice a day and on Sundays before evening prayer, we have special adoration for COVID-19.” 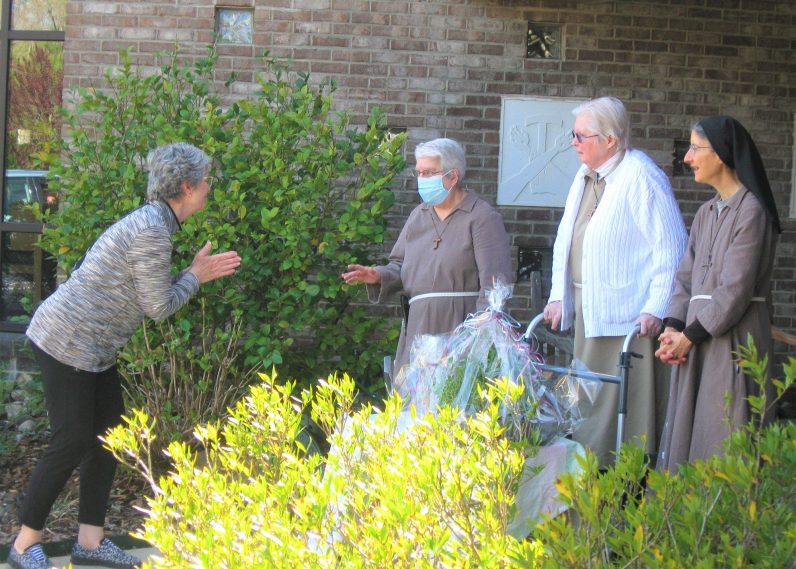 NEXT: Memorial Day: A time to honor veterans at their place of rest