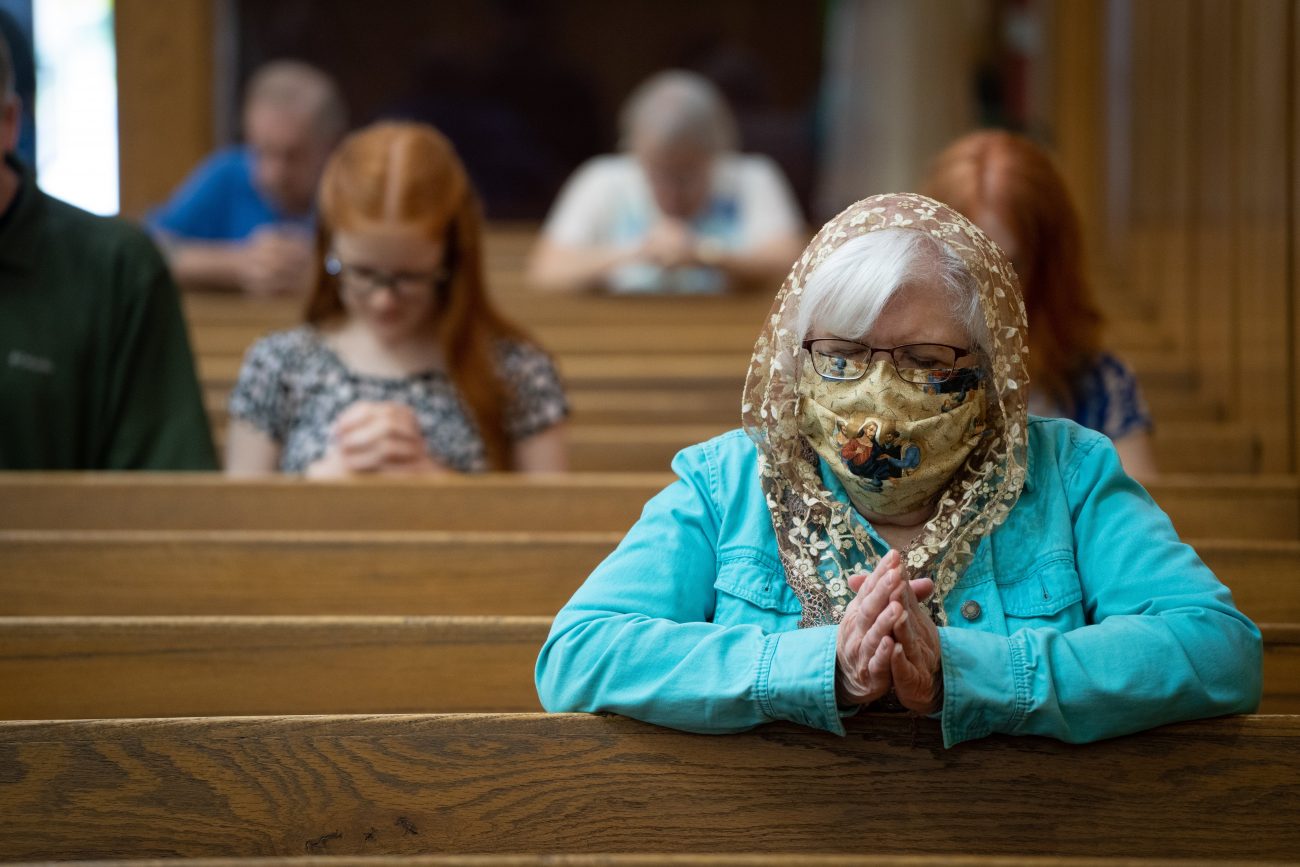 WASHINGTON (CNS) — The COVID-19 pandemic took a toll on participation in religious services just as it did on workplaces, but a new survey indicates strong emotional resilience from those who consider their faith vital to their existence.

That was part of the findings of a survey conducted late last year of 1,600 adults, mostly from Washington, Maryland and Virginia. Nearly 40% of the respondents identified as Catholic. (See the full survey here.)

Survey results were discussed during a May 21 webinar hosted by Catholic University of America’s sociology department and the Institute of Human Ecology.

Respondents who reported a decline in religiosity since the pandemic had more than twice the odds of feeling isolated and lonely than respondents who did not report such a decline.

“Religiosity seems to be a buffer against negative stresses,” said Brandon Vaidyanathan, chair of the sociology department and an associate professor of sociology.

Fewer than 20% of the sample said their mental health had worsened, he added.

The one area where people report a deterioration in their lives was in feelings of isolation, but only “a very small number,” Vaidyanathan said, reported their “sense of purpose in life having been weakened.”

Vaidyanathan, who also is a fellow of the Institute of Human Ecology, and his colleagues conducted the Mental Health in Congregations Study. It was funded with grants from the John Templeton Foundation and the H.E. Butt Foundation.

Reflecting the pessimism before vaccines became widely available earlier this year as well as more than six months of livestreamed services by the time the survey was conducted, only slightly more than half the respondents said they planned to return only to in-person worship services; 44% said they planned to combine in-person worship with online services. Almost no one said they wanted to participate only in online worship.

“The staggering amount of change” on congregations “has been anxiety-producing … to a monumental degree,” said Scott L. Thumma, a professor of sociology of religion at Hartford Seminary in Hartford, Connecticut. He thought the survey result “speaks highly to the adaptive behavior” of religious communities.

He thought it “very clear” that many want the combination of online and in-person worship. “There’s a strong push now to not go back to face-to-face.” Worshippers “won’t like it if that goes away. In fact, they may drop back off.”

“Let’s not take for granted the people who are still experiencing the trauma and the isolation,” Vaidyanathan said.

Thumma said he’s heard the comment, “I feel that as a church, we have won the pandemic,” and a member of his seminary called it “an opportunity to do new things we should have been doing anyway.”

In other survey results, about 30% of Orthodox and Reform Jews reported more frequent worship attendance since the pandemic began, compared with only about 10% for Catholics.

The Harvard Human Flourishing Index used in the survey likewise indicated that all faith groups thought they were doing well in terms of happiness and life satisfaction, mental and physical health, character and virtue, and close social relationships.

Both before and during the pandemic, fewer than 30% of participants reported that they shared problems with others in their congregation either fairly or very often.

More than 90% of those surveyed agreed that anyone with a mental health disorder should be welcomed in their faith community.

Trust in both the scientific community and news media about pandemic precautions such as social distancing and masking was high. A whopping 75% disagreed with the statement that COVID-19 was a bioweapon developed by China, and 96% did not think the pandemic was a hoax.

PREVIOUS: At urging of U.S. bishops, Catholic leaders to meet on immigration

NEXT: Monasteries adjust gracefully to life during pandemic