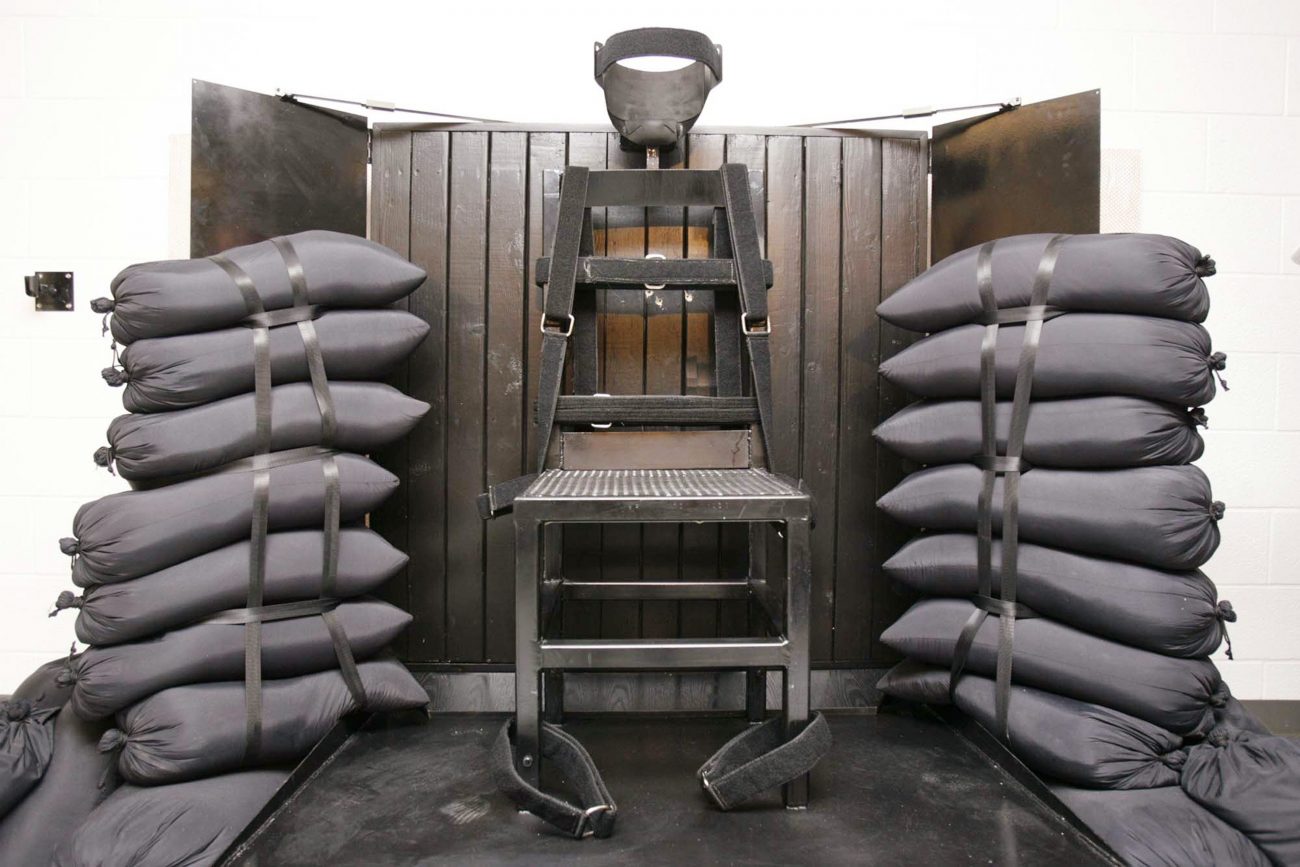 An execution chamber is seen at the state prison in Draper, Utah, in this 2010 file photo. South Carolina lawmakers passed a bill May 7, 2021, to add firing squads or the electric chair as death penalty options if lethal injection drugs are not available. (CNS photo/Trent Nelson, Salt Lake Tribune, Pool via Reuters)

WASHINGTON (CNS) — South Carolina Gov. Henry McMaster has signed into law a bill requiring death-row inmates to choose between the electric chair or the firing squad for their executions if lethal injection drugs are not available.

The measure, signed by the Republican governor May 14, was touted as a move to restart capital punishment in the state after a 10-year pause due to a lack of lethal injection drugs.

Days before it was signed into law, a Catholic death penalty opponent called the measure a “setback for South Carolina” and a move that “stands in stark contrast to powerful efforts elsewhere to abolish the death penalty.”

“The decade without executions in South Carolina should be seen as a mark of progress toward a culture of life, not a reason to backslide into immoral and gruesome means of killing,” said Krisanne Vaillancourt Murphy, executive director of Catholic Mobilizing Network.

She also said the electric chair and firing squad “should have no place on the state’s list of means to address harm or bring about so-called justice.” “In fact, there is no reason why the state should be executing people at all,” she told Catholic News Service in a May 10 email.

McMaster tweeted May 17 the law “will allow the state to carry out a death sentence. The families and loved ones of victims are owed closure and justice by law. Now, we can provide it.”

Sister Helen Prejean, a Sister of St. Joseph of Medaille, who is a longtime activist against the death penalty, also tweeted about the new law May 17 with a different take on it, saying: “Regressive laws like this one will only hasten the end of the death penalty.”

Lawmakers said the shortage of lethal injection drugs was the main reason why the state has not had any executions in 10 years. Those who favored adding other means of execution also stressed that this would be more humane since lethal injections have sometimes botched executions if an inmate’s death became prolonged.

Most states use a drug combination for executions, but a handful of states use one drug, pentobarbital, which the federal government also used when it executed inmates this past year.

“It is chilling to think that offering a person the choice between electrocution and firing squad is somehow humane,” Vaillancourt Murphy said.

South Carolina currently has 37 men on death row. If the measure becomes law, it will be the fourth state — joining Mississippi, Oklahoma and Utah — to use the firing squad in executions. The state has also used electrocution, or the electric chair, but not as its primary means of execution. Returning to this practice, it would join Alabama, Arkansas, Florida, Kentucky, Mississippi, Oklahoma and Tennessee that also use this method.

The state’s lawmakers were debating about how to carry out the death penalty at a time when overall approval for capital punishment is waning.

South Carolina is one of 24 states where the death penalty remains law. In the past 16 years, 11 states have rescinded capital punishment and state governors in California, Oregon and Pennsylvania have imposed death penalty moratoriums.

Vaillancourt Murphy said that “despite the regrettable passage of this bill,” she and other anti-death penalty advocates were grateful to “the many South Carolina Catholics who spoke out against the expansion of execution methods in the state.”

“On the whole, the momentum is in the direction of death penalty abolition. I pray that South Carolina will quickly redirect and follow suit,” she said.

NEXT: Seminarian killed in accident is recalled as ‘prayerful and loving’