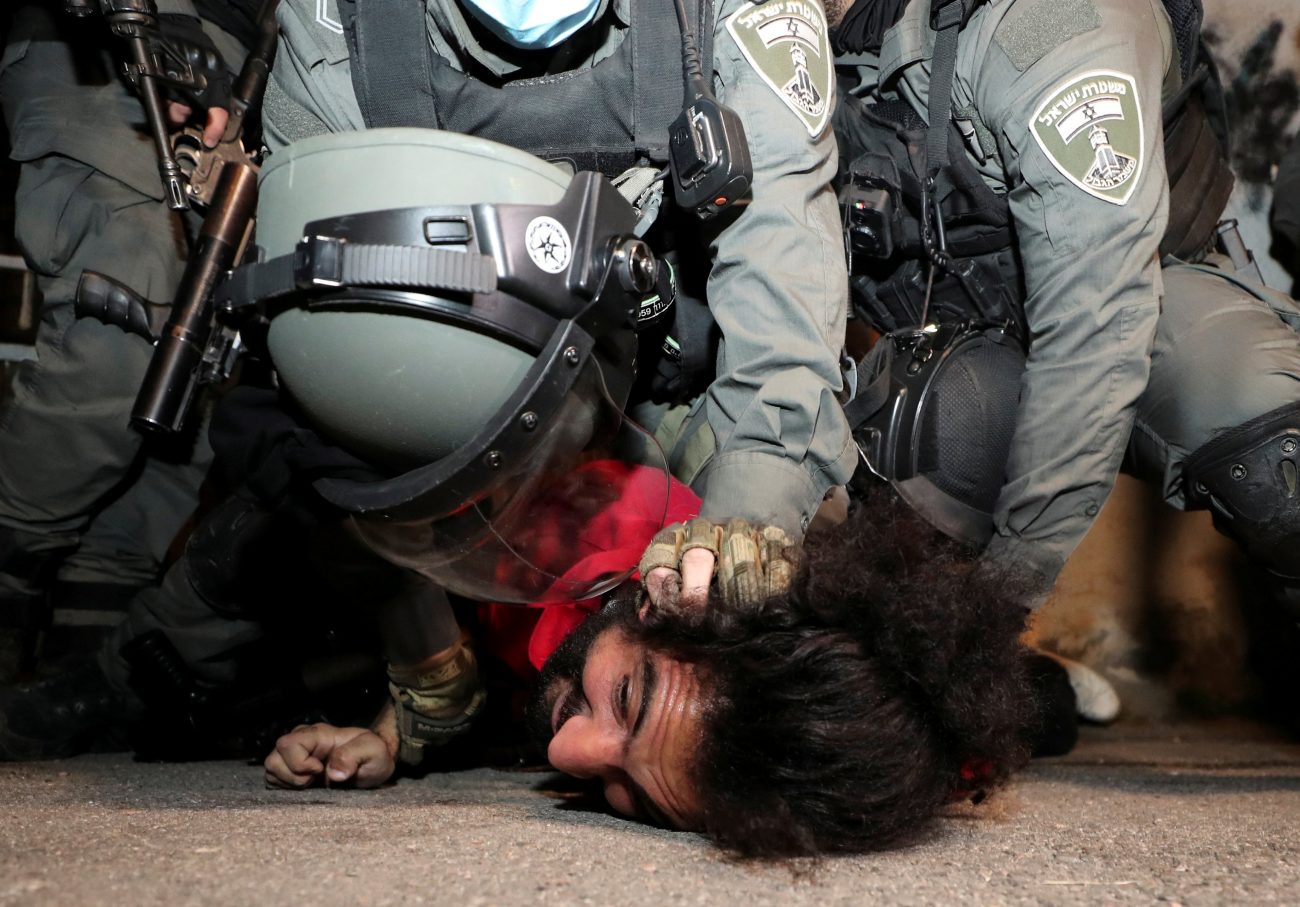 A Palestinian protester is detained by Israeli border police May 7, 2021, during a protest over the possible eviction of several Palestinian families from homes on land claimed by Jewish settlers in East Jerusalem. (CNS photo/Ammar Awad, Reuters)

JERUSALEM (CNS) — The patriarchs and heads of Christian churches of Jerusalem expressed deep concern over the growing violence in Jerusalem, which increased with 331 Palestinians reportedly wounded at the Al-Aqsa Mosque compound during clashes with Israeli police May 10.

At least 21 Israeli police reportedly were injured during the confrontations, which began early in the morning as Israelis prepared to celebrate Jerusalem Day, commemorating what Israel views as the 1968 reunification of Jerusalem and Palestinians see as the start of the Israeli occupation.

Police say they were forced to respond when Palestinians attacked a police post, hurling rocks, fireworks and other objects at police from the Al-Aqsa Mosque compound, a Muslim holy site. The site also is considered holy by Jews, who call it the Temple Mount after the two Jewish Biblical temples that stood there.

“The special character of Jerusalem, the Holy City, with the existing Status Quo, compels all parties to preserve the already sensitive situation in the Holy City of Jerusalem. The growing tension, backed mainly by right-wing radical groups, endangers the already fragile reality in and around Jerusalem,” the Christian leaders said in their statement.

In a separate statement May 10, the Latin Patriarchate of Jerusalem also denounced the violence.

“The violence used against the worshippers undermines their safety and their rights to have access to the holy places and worship freely,” the patriarchate said. “The forced eviction of Palestinians from their homes in Sheikh Jarrah is also an unacceptable violation of the most fundamental human rights, the right to a home.”

Throughout April and into May, Jerusalem has been engulfed in the worst violence in years as police prevented Palestinian youth from gathering at the Damascus Gate square during the evenings of the holy month of Ramadan as usual. Police said they were responding to TikTok videos showing Palestinians attacking religious Jews in the area. Tensions have also flared over pending evictions of Palestinians from Sheikh Jarrah.

The Latin Patriarchate said it opposed any attempt to make Jerusalem an exclusive city for anyone.

“This is a sacred city to the three monotheistic religions, and, based on international law and relevant U.N. resolutions, also a city where the Palestinian people, Christians and Muslims, have the same right to build a future based on freedom, equality and peace,” it said. 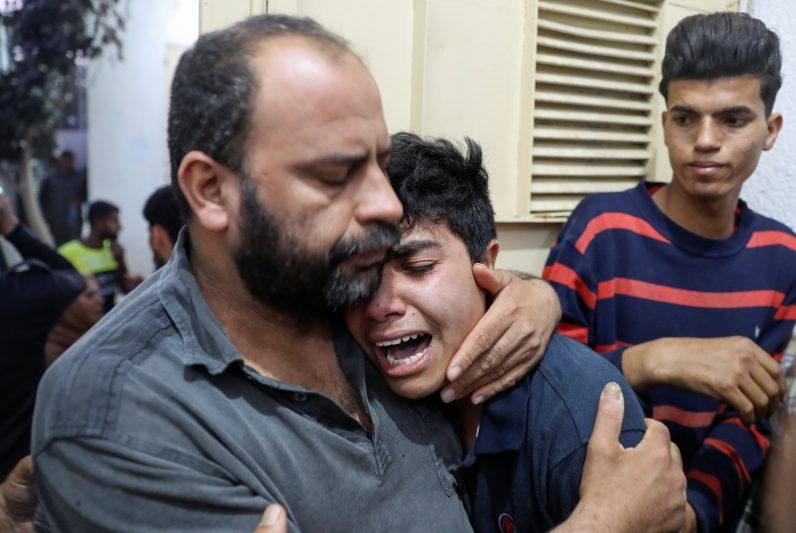 A relative of a Palestinian who was killed amid a flare-up of Israeli-Palestinian violence mourns outside a hospital morgue in the northern Gaza Strip May 10, 2021. After a flareup of violence in Jerusalem, Palestinians in the Gaza Strip traded rocket fire with Israelis. (CNS photo/Mohammed Salem, Reuters)

NEXT: Being a catechist is a vocation, pope says in establishing formal ministry