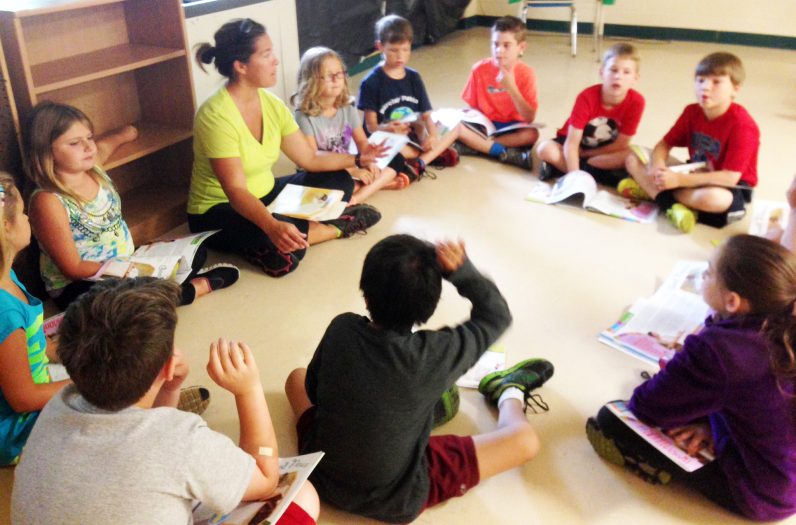 VATICAN CITY (CNS) — Calling for formal recognition of “those lay men and women who feel called by virtue of their baptism to cooperate in the work of catechesis,” Pope Francis has instituted the “ministry of catechist.”

“The Spirit is calling men and women to set out and encounter all those who are waiting to discover the beauty, goodness and truth of the Christian faith,” the pope wrote in “Antiquum Ministerium” (Ancient Ministry), his document released at the Vatican May 11.

In addition to releasing texts of the document in Italian, French, English, German, Spanish, Portuguese and Polish, the Vatican distributed a video of the text translated into Italian sign language.

Pastors must support laypeople in answering the Spirit’s call and “enrich the life of the Christian community through the recognition of lay ministries capable of contributing to the transformation of society through the ‘penetration of Christian values into the social, political and economic sectors,'” the pope said, quoting what he had written about the vocation of laypeople in his 2013 document, “The Joy of the Gospel.”

Bishops’ conferences will need to determine the “process of formation and the normative criteria for admission to this ministry” and devise “the most appropriate forms for the service which these men and women will be called to exercise,” the pope said.

The Congregation for Divine Worship and the Sacraments, he said, “will soon publish the Rite of Institution of the lay ministry of catechist.” The congregation already is working on revised rites for the ministries of lector and acolyte, which Pope Francis opened to women in January.

While millions of lay men and women around the world already serve as catechists, readers and altar servers, formal institution into the ministries signifies that the service is stable, delegated by the bishop and publicly recognized by the church. 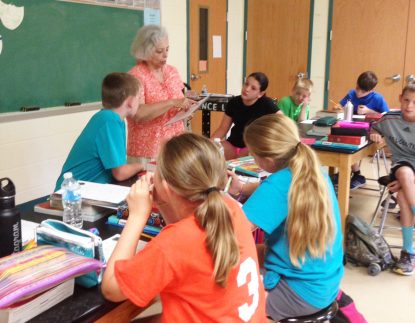 A lay teacher leads a project in a class of the Parish Religious Education Program of St. Robert Parish, Warrington. Pope Francis formally established a new ministry for lay catechists May 11.

In the Archdiocese of Philadelphia, 4,178 persons serve as catechists, according to 2019 figures. Of the total, 78 are clergy, 94 are religious women and men, and 4,006 are lay persons.

Archbishop Rino Fisichella, president of the Pontifical Council for Promoting New Evangelization, noted how St. Paul VI wrote in 1975 about the importance of laypeople using their gifts for the growth of the entire church.

“It has taken almost 50 years for the church to come to recognize that the service rendered by so many men and women through their catechetical commitment truly constitutes a distinctive ministry for the growth of the Christian community,” the archbishop told reporters at a news conference to present the pope’s document.

In his document, Pope Francis noted how teachers of the faith were present from the earliest days of the Christian community and were recognized as having a special gift of the Holy Spirit for carrying out their role within the community.

“At times,” he wrote, “the charisms that the Spirit constantly pours out on the baptized took on a visible and tangible form of immediate service to the Christian community, one recognized as an indispensable ‘diakonia’ for the community.”

In looking at the history of evangelization, the pope said, Catholics cannot overlook “the countless lay men and women who directly took part in the spread of the Gospel through catechetical instruction. Men and women of deep faith, authentic witnesses of holiness, who in some cases were also founders of churches and eventually died as martyrs.”

Still today, he said, “many competent and dedicated catechists are community leaders in various parts of the world and carry out a mission invaluable for the transmission and growth of the faith.”

Especially in communities without a resident priest, catechists are the leaders of the local Catholic community, evangelizing, convoking and guiding their fellow Catholics in prayer and works of charity. And, in missionary territories under the guidance of the Congregation for the Evangelization of Peoples, they already serve with a specific mandate from their bishop.

“The long line of blesseds, saints and martyrs who were catechists has significantly advanced the church’s mission and deserves to be recognized, for it represents a rich resource not only for catechesis but also for the entire history of Christian spirituality,” Pope Francis wrote.

The formal institution of catechists, he said, should be a sign and encouragement for all lay Catholics to recognize “even more the missionary commitment proper to every baptized person, a commitment that must however be carried out in a fully ‘secular’ manner, avoiding any form of clericalization.”

Archbishop Fisichella said Pope Francis was insisting that lay “men and women are called to express their baptismal vocation in the best possible way, not as substitutes for priests or consecrated persons, but as authentic laymen and laywomen who, in the distinctive nature of their ministry, are able to experience the full of extent of their baptismal vocation of witness and effective service in the community and the world.”

Laypeople who feel called to the ministry of catechists should be actively involved in the life of their Catholic communities and faithful to the Gospel and the teaching of the church, he said. But they also must receive “suitable biblical, theological, pastoral and pedagogical formation to be competent communicators of the truth of the faith.”

“Catechists are called first to be expert in the pastoral service of transmitting the faith as it develops through its different stages from the initial proclamation” of the Gospel, preparation for receiving the sacraments and support in living a Christian life, the pope said.

“Those who will be catechists must know that they speak in the name of the church and transmit the faith of the church,” he said.