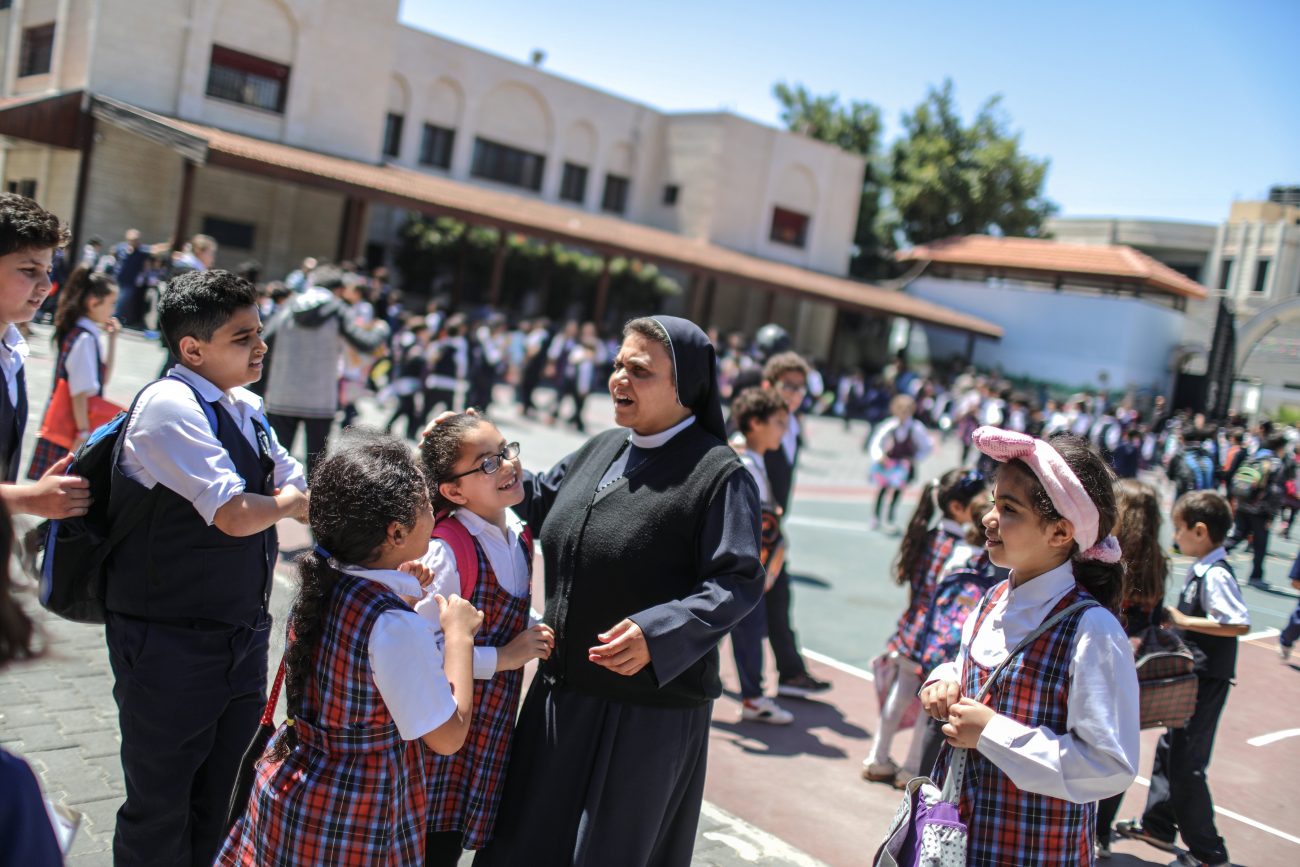 Since early May 11, Israeli bombs have been falling around the Rosary Sisters school in Gaza, which sustained light to moderate damage inside and outside the compound — including to the front door and solar panels used for electricity.

“It is very terrible; from (today) 5 a.m. in the morning (there has been bombing) behind our school and in our school,” Sister Nabila Saleh, principal of the school, told Catholic News Service in a WhatsApp call May 12. Bombs could be heard exploding in the background and, audibly distraught, Sister Saleh was unable to continue with the interview.

Because of COVID-19 and Ramadan, the school has been closed since mid-April, and only in early May was the COVID-19 lockdown lifted in Gaza.

Father Gabriel Romanelli of Holy Family Parish in Gaza told CNS May 12 that, in two days, 45 people, including 14 children and three women, had been killed in Gaza and 300 people have been wounded, he said.

Father Romanelli said he had left the parish compound early in the morning to make the 10-minute drive to the Rosary Sisters to assess the damage and celebrate Mass with them, but was unable to leave for eight hours because of the incessant bombing around the area, where many government buildings are located. As soon as he returned to the parish, the sisters told him bombing had begun again.

The tiny Catholic community in Gaza consists of 133 people — including a baby born in early May. Fewer than 1,100 Christians live in Gaza among the 2 million Muslim Palestinians. Many of the students at the Rosary Sisters school are Muslim.

Father Romanelli said the priests and religious have been staying in close contact with their parishioners through phone calls, the internet and WhatsApp. Unfortunately, he said, they “are very used to war.” 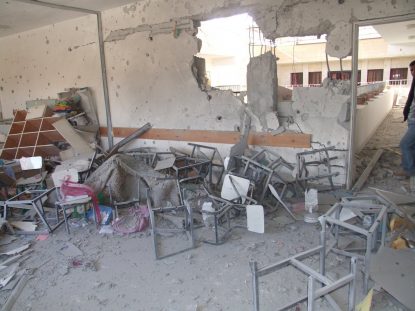 A damaged classroom is seen at Rosary Sisters School in Gaza during the Israeli-Palestinian war in 2008. The school sustained moderate shrapnel damage in May 2021 Israeli airstrikes. (CNS photo/courtesy CNEWA)

“The situation is very bad. We try to give our parishioners encouragement and ask them to keep serene and in peace, to find joy in the sorrow. We send them uplifting messages to live with patience and charity in life,” the priest said. “There are moments of anxiety … people are closed in, night and day, with the bombings. The bombings affect everything — breathing, nerves, violence. There is a feeling of impotence and sometimes that brings on violence. But the people here are good and patient.”

The apartment of one parish family was damaged; windows were blown out, debris was scattered throughout the apartment and a huge crater was in front of their building, Father Romanelli said.

He said the parish was organizing to see how it could help the family — a couple and their son — with any spiritual and material needs they might have. He said the priests offered to let the family sleep at the parish, but the family decided to stay in their home and cover their windows with plastic until they can be repaired.

“War is trauma, and if only one explosion can change a life, you can imagine this morning we had dozens of explosions. It is something that can break a wall; think of a child and how fragile they are,” he said. “It will affect their hearts, their nerves, their eyes. It affects human beings. It is not just the moment of the attack, but it is the consequences that remain.”

While prayer is important, Father Romanelli said there must be work toward justice for there to be real peace.

“The declaration of the patriarch was very clear and firm. The events of Jerusalem with Sheikh Jarrah are what gave occasion to this craziness,” he said.

The latest round of fighting between Israel and Hamas in the Gaza Strip began the evening of May 10, following a tense month of violence in Jerusalem. Israeli settlers  threatened evictions of Palestinians from the East Jerusalem neighborhood of Sheikh Jarrah, and Israel imposed stiff gathering restrictions during Ramadan.

The Palestinian militant group Hamas launched missile attacks on Jerusalem following a confrontation at the Al-Aqsa Mosque as Israelis celebrated Jerusalem Day, which for them marks the reunification of Jerusalem following the 1967 war and for Palestinians marks the beginning of Israeli occupation. In response to the rocket attacks, Israel launched airstrikes, sent more troops to the border and called up military reservists.

The Israeli Defense Forces reported more than 1,050 rocket and mortar shells fired into both central and southern Israel from the Gaza Strip since May 10, but the majority were intercepted by the Iron Dome defense system. In addition to those killed in Gaza, six Israelis have been reported killed, and dozens have been injured. 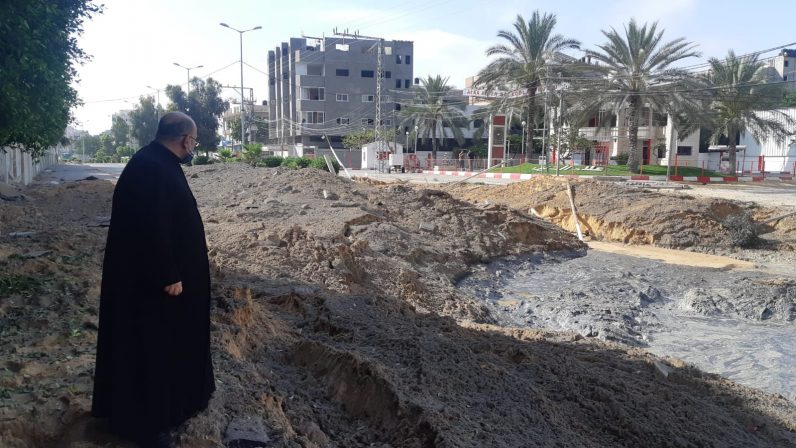 NEXT: ‘A long line’ of holy catechists have served the church, pope notes