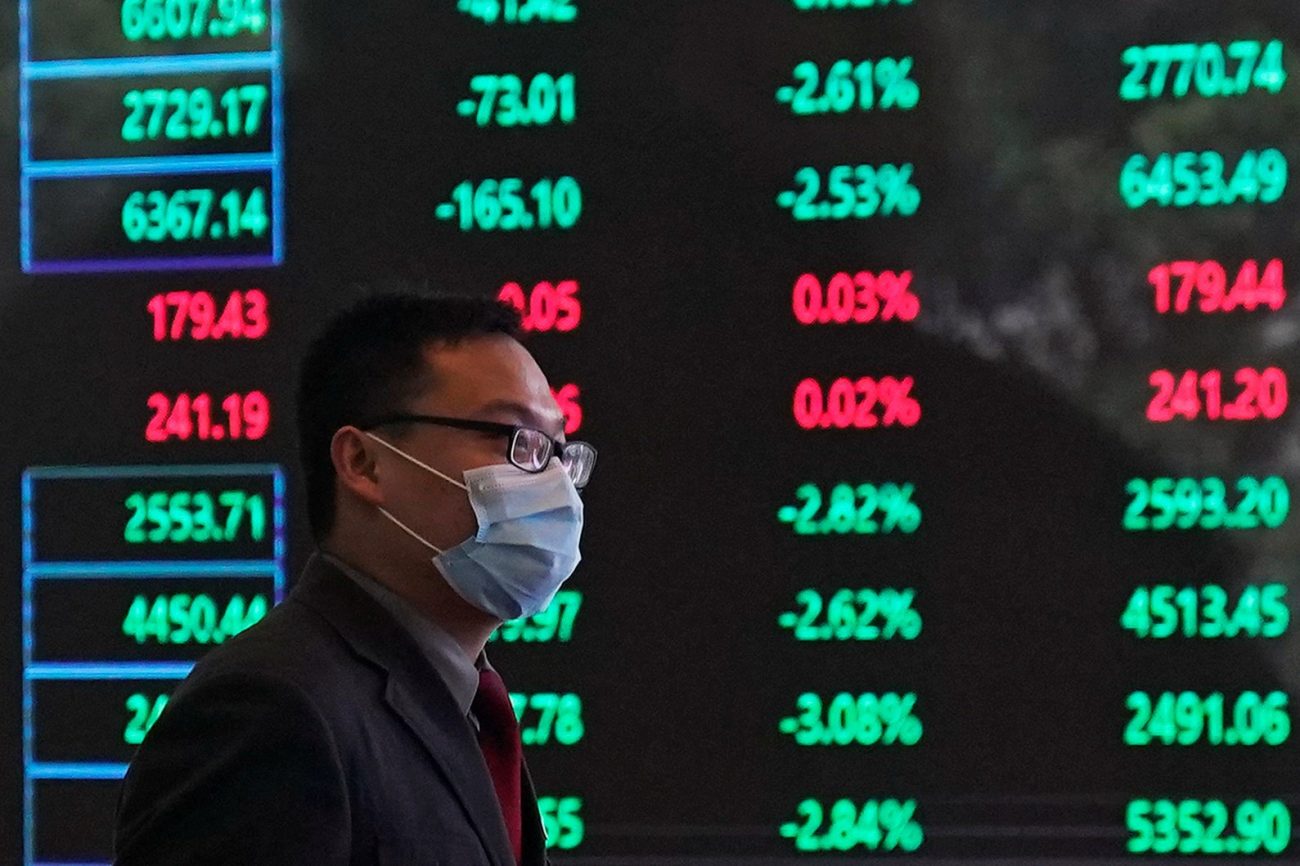 A man wearing a protective mask is seen inside the Shanghai Stock Exchange building during the coronavirus outbreak, at the Pudong financial district in Shanghai in this Feb. 28, 2020, file photo. In a May 4 video message, Pope Francis said markets must be regulated and the poor protected. (CNS photo/Aly Song, Reuters)

“We still have time to start a process of global change to put into practice a different, more just, inclusive, sustainable economy that leaves no one behind,” he said.

In a video message released by the Pope’s Worldwide Prayer Network May 4, the pope offered his prayer intention for the month of May, which is dedicated to the world of finance.

While the “real economy, the one that creates jobs, is in crisis,” he said, noting the large number of people who are unemployed because of the COVID-19 pandemic, “financial markets have never been as bloated as they are now.”

The world of big finance is far removed from most people’s lives, he said, and if finance is not regulated, then it becomes “pure speculation driven by monetary policies.”

“This situation is unsustainable,” the pope said. “It’s dangerous.”

“To prevent the poor from paying the consequences again, financial speculation must be strictly regulated,” he said.

Finance is a tool meant to serve people and to take care of creation, humanity’s common home, Pope Francis said.

At the start of each month, the Pope’s Worldwide Prayer Network posts a short video of the pope offering his specific prayer intention.

Reciting his intention, the pope prayed “that those in charge of finance will work with governments to regulate financial markets and protect citizens from its dangers.”

The Pope Video was first launched in 2016 to encourage people to join an estimated 50 million Catholics who already had a more formal relationship with the prayer network — better known by its former title, the Apostleship of Prayer.

The prayer network is more than 170 years old.

NEXT: Pope to institute formal ‘ministry of catechist’