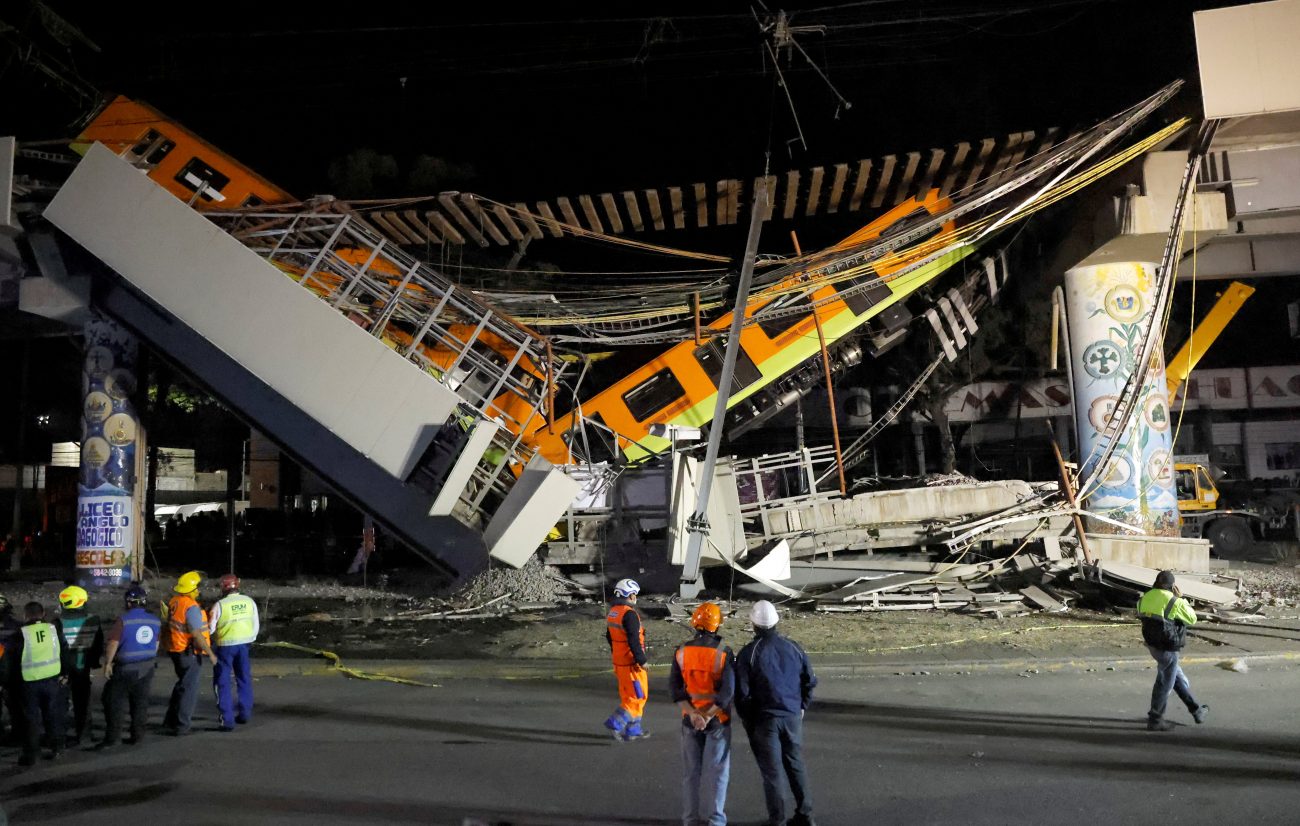 The site where an overpass for a metro partially collapsed with train cars on it is seen at Olivos station in Mexico City May 4, 2021. (CNS photo/Carlos Jasso, Reuters)

MEXICO CITY (CNS) — Mexican church leaders offered prayers for the victims of a metro line collapse that left at least 23 dead and more than 70 people injured.

Bishop Andrés Vargas Peña of Xochimilco — which serves three southern boroughs in Mexico City — offered condolences to the victims, while announcing each priest in the diocese would celebrate Mass three times May 4 “for the deceased, the injured and their families.”

The bishop asked parishioners to pray for the victims and also asked diocesan priests in the affected area and hospitals treating the injured to provide spiritual support.

An elevated portion of a metro line in Mexico City collapsed at around 10:30 p.m. May 3, sending two train cars crashing onto a busy thoroughfare below and crushing at least one vehicle. Rescuers worked through the night to free trapped passengers and search for victims.

Mexico City Mayor Claudia Sheinbaum said the cause of the tragedy remains unclear. Line 12 of Mexico City Metro, where the accident occurred, has been plagued by construction problems since being inaugurated in 2012.

Half the stations in Line 12 were closed in 2014 due to construction issues. A strong earthquake in 2017 also damaged columns on the metro line, but Sheinbaum said repairs were made and the inspections occur daily.

“Absolutely nothing will be hidden,” President Andrés Manuel López Obrador said at his morning news conference May 4. “The people have to know the complete truth.” 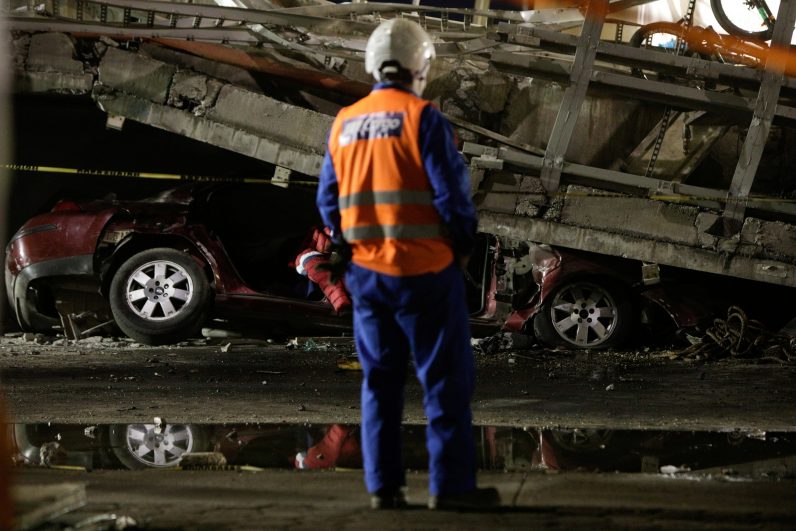 A rescue worker stands in front of a car trapped under an overpass with train cars on it after a metro accident May 3, 2021, at Olivos station in Mexico City. Picture taken May 4, 2021. (CNS photo/Luis Cortes, Reuters)

PREVIOUS: Some German parishes plan blessings for lovers, including gays