Nuncio to Mexico says sex abuse cases were ‘covered up’ 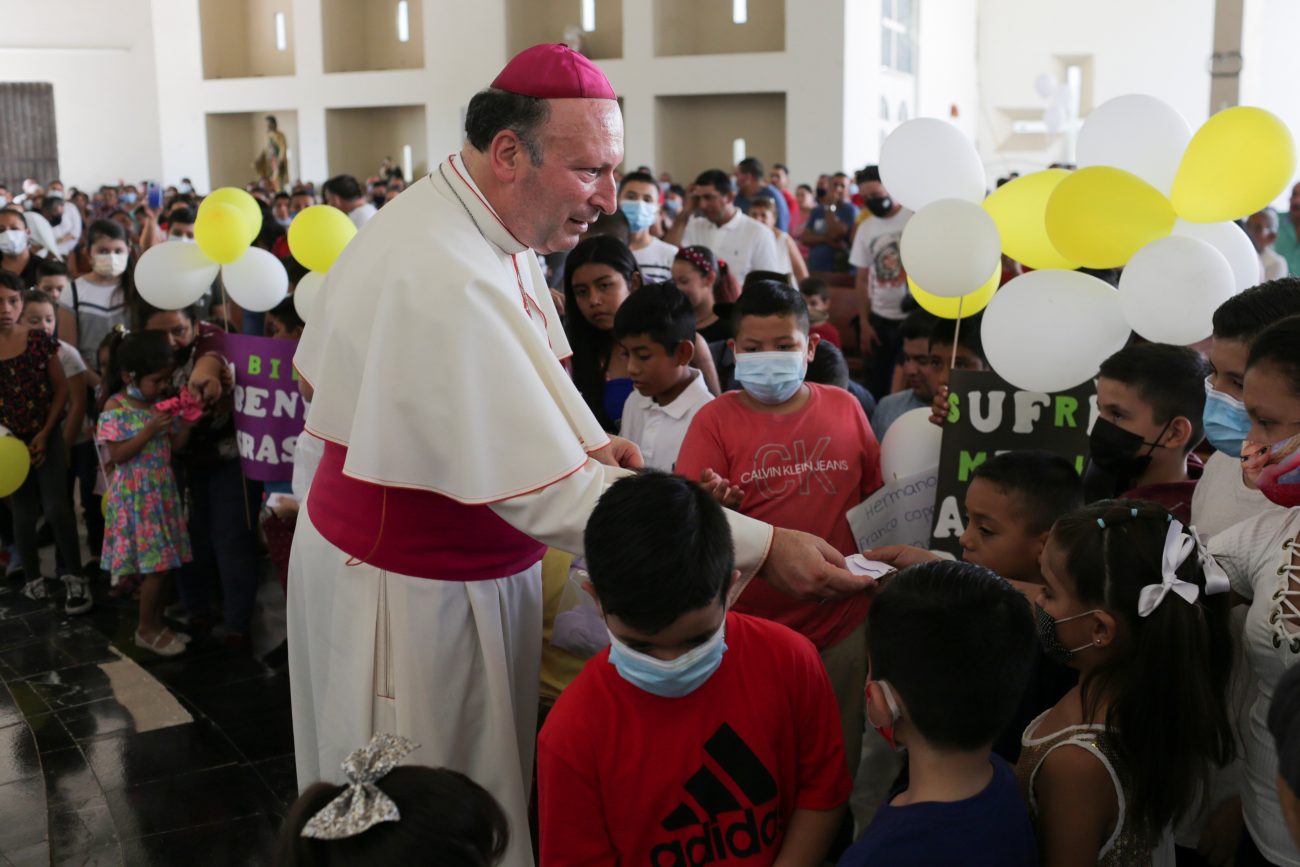 Archbishop Franco Coppola, the apostolic nuncio to Mexico, gives a rosary to a child during a visit to Aguililla April 23, 2021. (CNS photo/Alan Ortega, Reuters)

Archbishop Franco Coppola, apostolic nuncio, told the Spanish news agency EFE that 271 cases of alleged sexual abuse committed by clergy have been investigated over the past decade. Of those cases, 103 priests have been removed from their positions, 45 priests have been suspended and 123 cases are still open.

An official with the apostolic nuncio’s office in Mexico City told Catholic News Service the comments published by EFE were correct.

The nuncio’s comments offered a candid acknowledgment of the crimes of clerical abuse committed against children in Mexico — long downplayed as a problem by the bishops’ conference or seen as a problem of “Anglo” dioceses.

Accusations of covering up the crimes committed by priests also have been common — with complaints of inaction or cover-up in cases implicating the most senior prelates. The Mexican church’s inaction on the crimes of Father Marcial Maciel Degollado, founder of the Legionaries of Christ — who died disgraced after having been ordered to lead a life of prayer and penance — caused scandal as he wielded enormous influence among the country’s Catholic and business elite.

Archbishop Coppola arrived in Mexico in late 2016 and said he found a “situation of abuse” in the country. Many Mexican dioceses now have commissions to protect minors, and training has been ongoing.

“It’s a terrible tragedy of which we may not have been aware,” he said. “Every time that I meet with victims, I realize how true it is what Pope Francis said, that (the abuse) is a psychological murder.”

Archbishop Charles Scicluna of Malta, adjunct secretary of the doctrinal congregation and the Vatican’s top abuse investigator, and Spanish Father Jordi Bertomeu Farnos were scheduled to visit Mexico in March 2020 to provide assistance to the Mexican bishops’ conference in handling abuse cases.

That visit was canceled due to the COVID-19 pandemic, but Archbishop Coppola said it would be rescheduled once the pandemic is over.

NEXT: Key Spanish archdiocese to combine parishes amid falling numbers