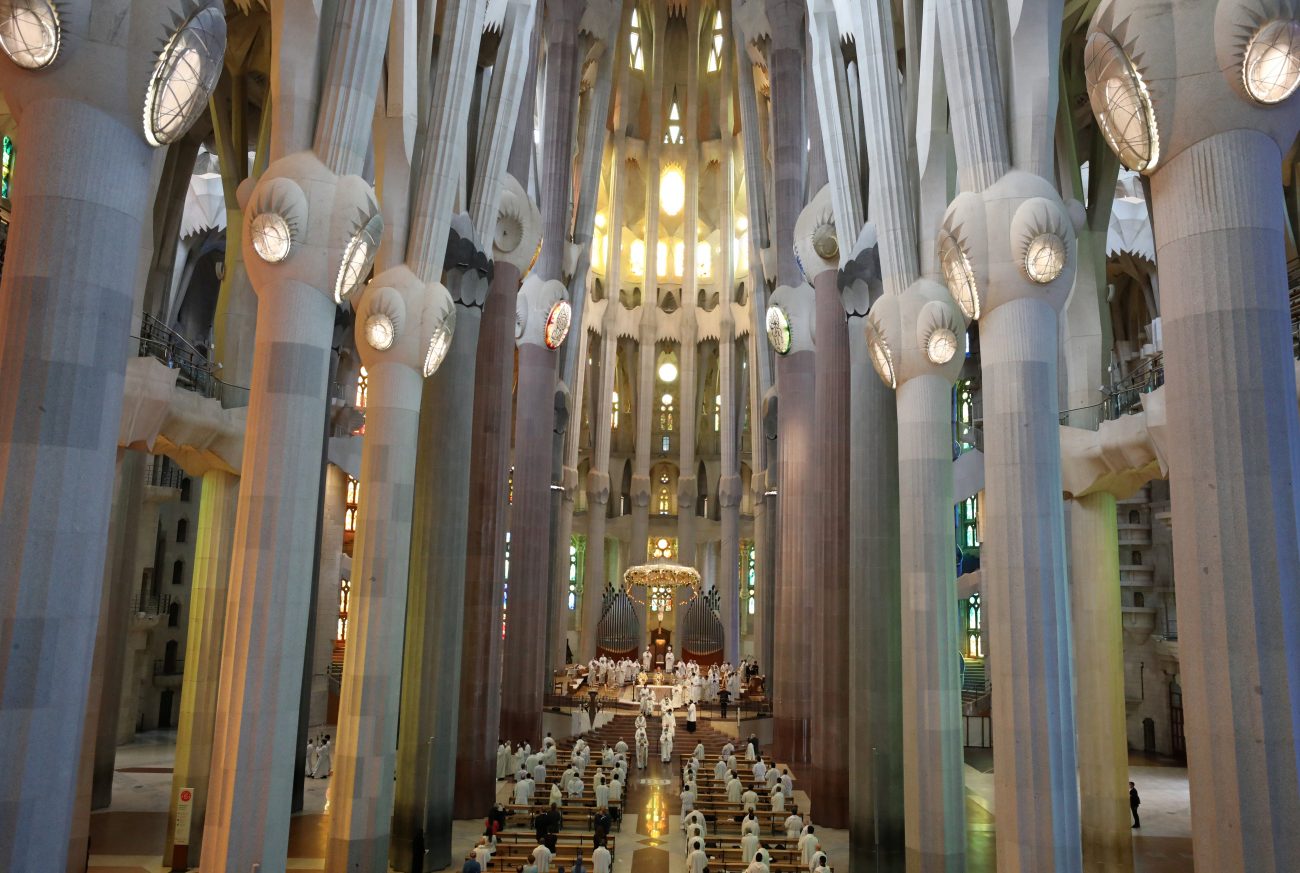 Cardinal Juan Jose Omella of Barcelona, Spain, celebrates Mass in the Basilica of the Holy Family, or Sagrada Família, June 19, 2020, after it reopened following the relaxation of restrictions during the COVID-19 pandemic. The Barcelona Archdiocese will combine most parishes into larger pastoral communities, amid falling church attendance and secularization. (CNS photo/Nacho Doce, Reuters)

BARCELONA, Spain (CNS) — The Barcelona Archdiocese will combine most parishes into larger pastoral communities, amid falling church attendance and secularization.

A statement on the archdiocesan website said most Spanish dioceses were facing the same process. It said three to six parishes would be grouped together, resulting in 48 pastoral communities.

“The intention of an eventual diocesan reorganization is better distribution of pastoral resources, to obtain maximum pastoral efficiency and adequate support for the resulting pastoral units,” said the May 18 statement. “The aim is to reinforce common work and synodality among priests, laity, religious and deacons, when it is more difficult today for parishes to offer a full range of services.” 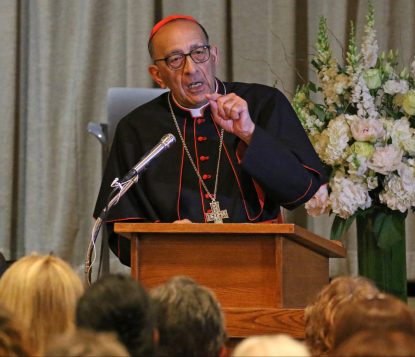 Cardinal Juan Jose Omella of Barcelona, Spain, is pictured in a 2018 file photo in New York. The Barcelona Archdiocese will combine most parishes into larger pastoral communities in an effort to better utilize pastoral resources. (CNS photo/Gregory A. Shemitz)

News of the reorganization comes amid continuing disputes over plans by the Spanish government to make the Catholic Church — whose members make up 61% of Spain’s 47 million inhabitants — relinquish what Spain says are improperly acquired assets.

More than a third of the country’s 70 Catholic dioceses are currently in deficit, according to the church’s latest annual activity report, at a time when more than 4 million citizens rely on charitable help from the church.

Father Antoni Matabosch Soler, a theologian on the commission appointed by Cardinal Juan Jose Omella to plan the Barcelona reorganization, told Spain’s Alfa y Omega Catholic weekly May 18 that some priests were now “pushed to the limit.” He said one priest was currently running 40 parishes single-handedly.

He said commission members had been in touch with dioceses in France, Germany, Belgium and Italy, which were making “similar decisions,” adding that parish restructuring would be the future for many Spanish dioceses.

“A central church at the center of the community in each area could have specialist parishes and churches around it, with one dedicated to young people, for example, and another to welcoming migrants,” he said.