Pope calls for prayers for forgiveness, coexistence in Holy Land 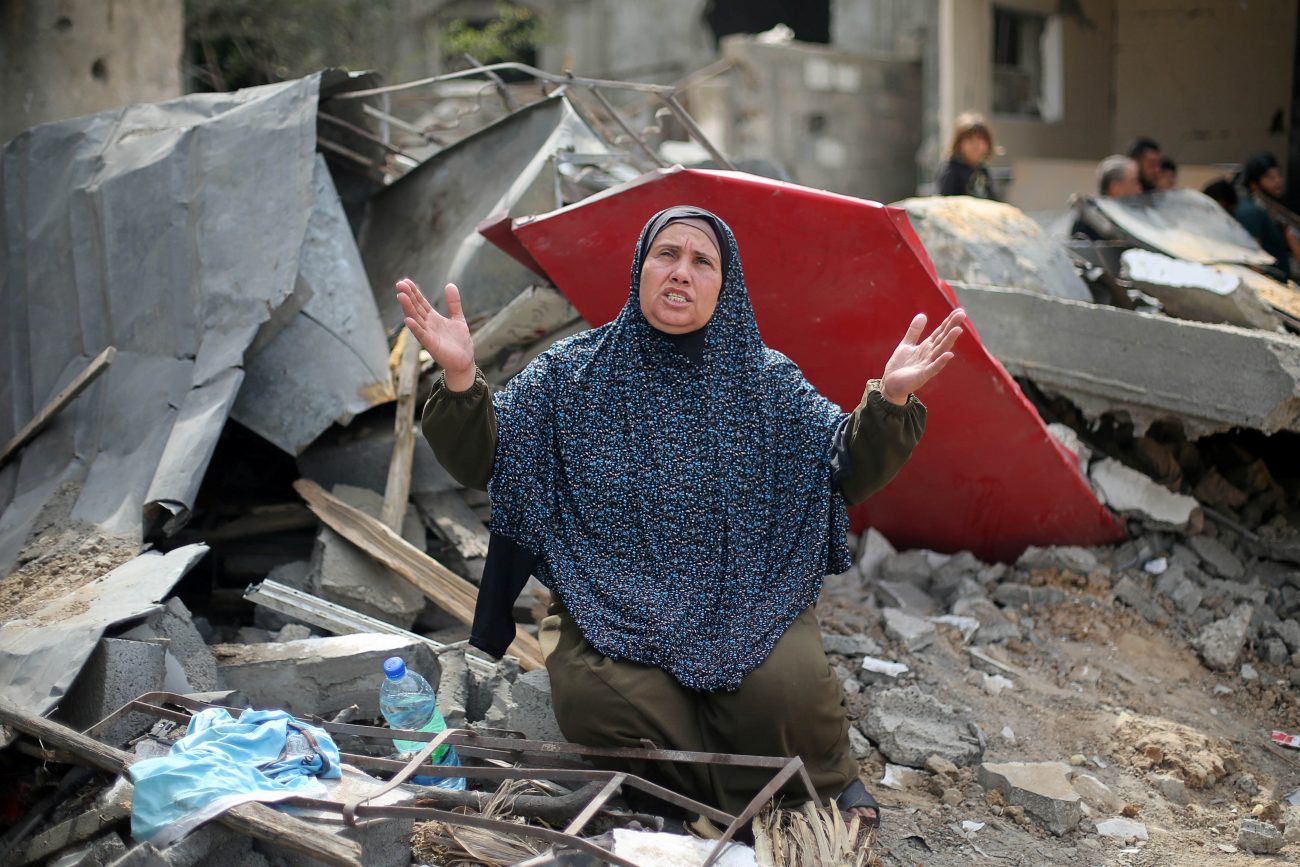 A Palestinian woman reacts after returning to her destroyed house in Gaza May 21, 2021, following the Israel-Hamas truce. The May 21 truce followed more than a week of fighting that claimed hundreds of lives. (CNS photo/Ibraheem Abu Mustafa, Reuters)

VATICAN CITY (CNS) — Pope Francis has called on the world’s Catholics to pray May 22 for dialogue, forgiveness and peaceful coexistence in the Holy Land.

As local Catholics were set to gather at St. Stephen’s Church in Jerusalem May 22 to “implore the gift of peace” on the vigil of Pentecost, the pope asked “all the pastors and faithful of the Catholic Church to unite themselves spiritually with this prayer.”

“May every community pray to the Holy Spirit ‘that Israelis and Palestinians may find the path of dialogue and forgiveness, be patient builders of peace and justice, and be open, step by step, to a common hope, to coexistence among brothers and sisters,'” he said, quoting remarks he made May 16.

The pope’s comments came May 21 as he welcomed nine new ambassadors to the Vatican who were presenting their letters of credential.

He told the diplomats that he could not help but think of the events unfolding in the Holy Land.

“I thank God for the decision to halt the armed conflicts and acts of violence, and I pray for the pursuit of paths of dialogue and peace,” he told the diplomats.

The pope’s remarks came the same day Israel and Hamas were to begin a cease-fire after days of airstrikes, rocket attacks and fighting that claimed hundreds of lives.

In this most deadly violence since 2014, at least 230 Palestinians — including 65 children — have been reported killed, and thousands injured. Israel reported 12 Israelis, including two children, killed.

NEXT: Migration, climate, debt crises must not be ignored, pope tells diplomats