Pope Francis asks for prayers for peace in Myanmar 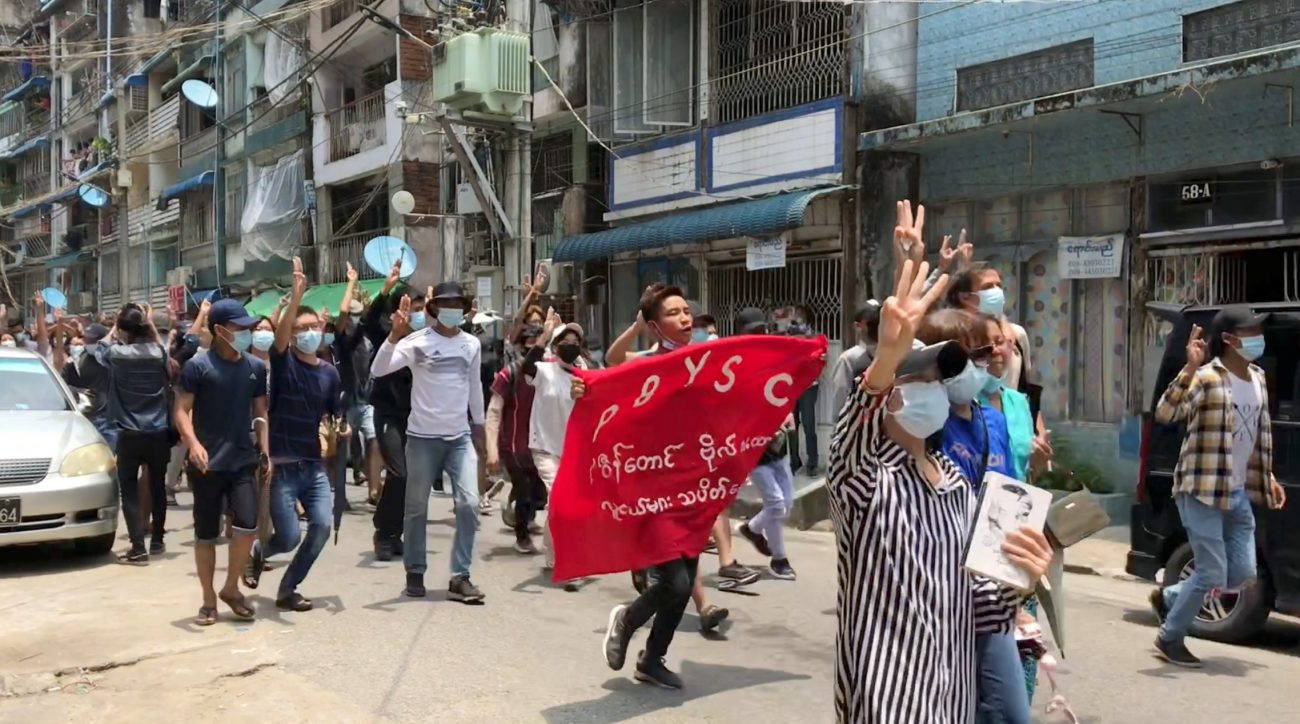 Demonstrators flash the three-finger salute during a protest in Yangon, Myanmar, April 27, 2021, in this still image obtained from a social media video. (CNS photo/courtesy of News Ambassador via Reuters) EDITORS: MANDATORY CREDIT. NO ARCHIVES.

VATICAN CITY (CNS) — With an ongoing military crackdown and political upheaval in Myanmar, Pope Francis called for prayers for peace and reconciliation in the country.

After reciting the “Regina Coeli” prayer with visitors in St. Peter’s Square May 2, the pope said, “We have entered the month of May in which popular piety expresses devotion to the Virgin Mary in many ways.”

The pope said that in addition to the global marathon praying for an end to the coronavirus pandemic, the church in Myanmar was leading an initiative inviting everyone “to pray for peace with a ‘Hail Mary’ for Myanmar in our daily rosary.”

“Each of us turns to our mother when we are in need or in difficulty; this month, we ask our mother of heaven to speak to the hearts of all leaders in Myanmar so that they may find the courage to walk the path of encounter, reconciliation and peace,” he said.

Pope Francis also was planning to celebrate Mass in St. Peter’s Basilica May 16, the feast of the Ascension, with Catholics from Myanmar living in Rome, the Vatican announced May 3.

Thousands of people took to the streets across Myanmar May 2 to continue protesting the military coup that began Feb. 1. At least eight people were reported dead May 2 after security forces shot at protesters. Since the coup, security forces have allegedly killed at least 750 protesters and detained thousands more.

Cardinal Charles Bo of Yangon, president of the Catholic Bishops’ Conference of Myanmar, asked people to pray the rosary and participate in Eucharistic adoration for the entire month of May with specific intentions for peace, justice, unity and human dignity.

PREVIOUS: Pope urges altar servers to be signs of faith to their parishes