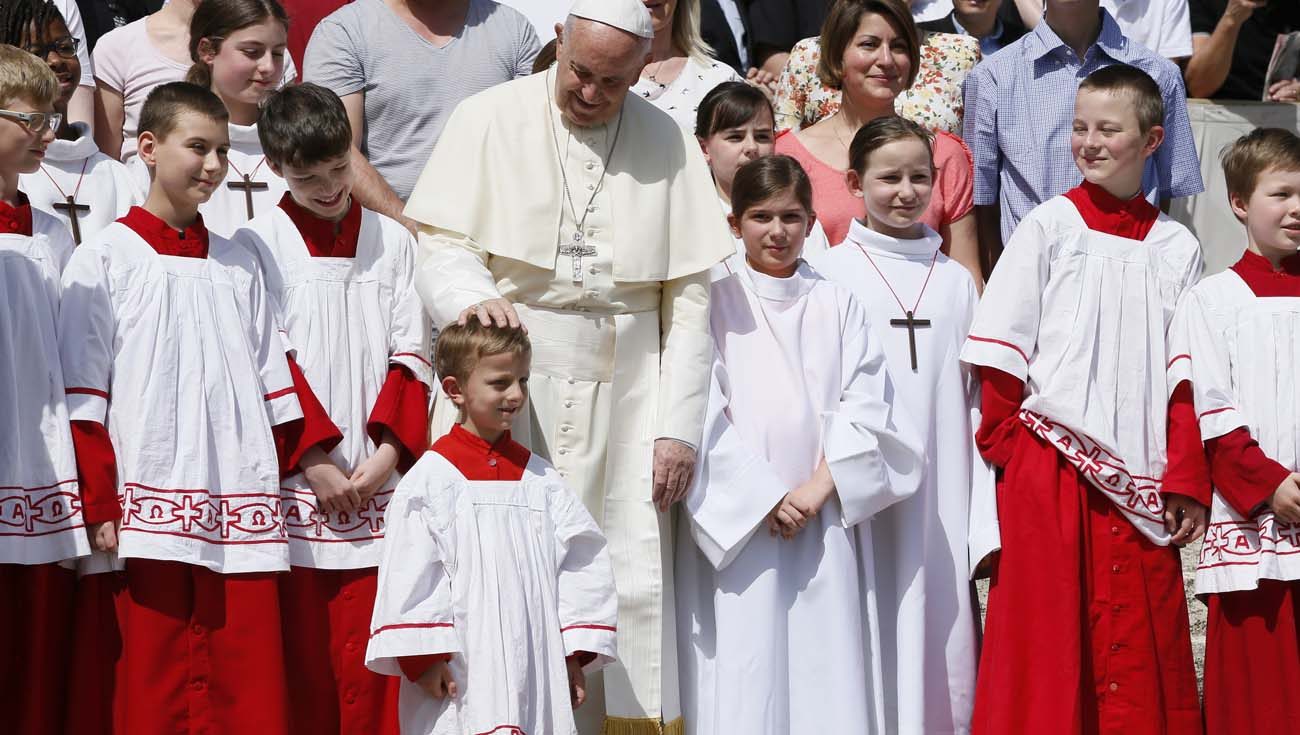 FATIMA, Portugal (CNS) — Being an altar server should be a “profession of faith” to the entire parish community, Pope Francis told young men and women participating in Portugal’s annual altar server pilgrimage to Fatima.

“Don’t follow negative people but radiate the light and hope that come from God,” he wrote in a message read May 1 as about 1,000 altar servers sat socially distanced outdoors at the Shrine of Our Lady of Fatima.

“Be holy. Be original” was the theme for the altar servers’ 25th national pilgrimage and was the focus of Pope Francis’ message to the young people, which was reported on the website of the Portuguese bishops’ conference.

The pope asked them to be particularly careful when serving at Mass to always behave in a way that “is fitting in the service of holy things,” especially when they are near the altar, but also when they make the sign of the cross, kneel or are joining in the prayers and hymns.

“You have been taught — and it is true — that at holy Mass, that small piece of bread becomes the body of Christ and the wine in the chalice becomes the blood of Christ,” he said. When serving at the altar, “your eyes do not see Jesus, but your heart and your lips adore him.”

“It is true,” the pope wrote, “Jesus is there as real and perfectly as he is in heaven; and, seeing you, he must recognize an angel.”

“Put all the enthusiasm of your age into your encounter with Jesus,” the pope told them. “Offer Jesus your hands, your thoughts and your time, and he will not fail to reward you, granting you true joy and making you feel where the most complete happiness is found.”

The call to imitate the saints is not a call to become “a photocopy” of any of them, he said, rather it is a call to be like them in finding “the unique and specific path” that God has for each person.

“Do not let yourselves fall into mediocrity, which debases us and makes us gray,” the pope wrote. “Life is not gray. Life should point us toward grand ideals.”

Cardinal Jean-Claude Hollerich of Luxembourg, president of the European association of altar servers, celebrated Mass for the young people in Fatima and told them that he had been an altar server from the age of 7 and throughout high school.

Holiness, he told them, “does not mean becoming an extraterrestrial,” but begins with “small gestures of service in your families and groups of friends.”

PREVIOUS: Pope will open an online meeting on ‘demographic winter’ in Italy

NEXT: Pope Francis asks for prayers for peace in Myanmar