Pope will open an online meeting on ‘demographic winter’ in Italy 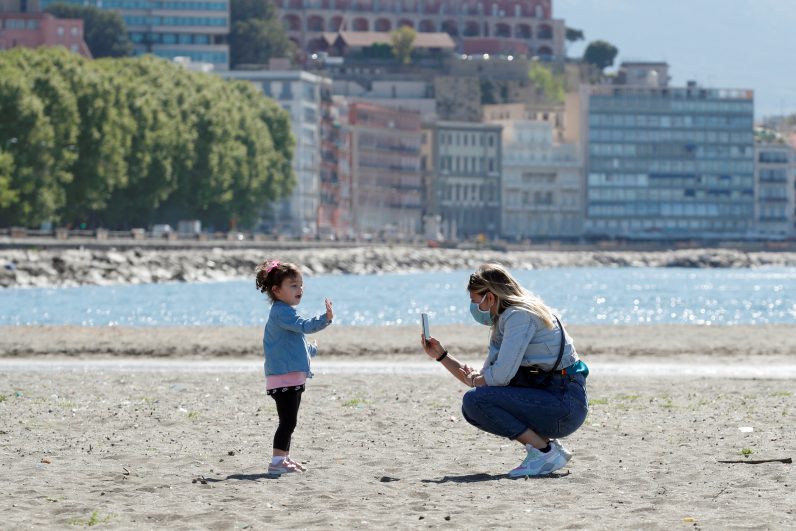 A woman and a child are seen at the beach in Naples, Italy, in this May 4, 2020, file photo. Pope Francis is scheduled to open a May 14 meeting discussing the challenges posed by Italy’s low birth rate. (CNS photo/Ciro De Luca, Reuters)

“For more than a decade, Italy has become an increasingly elderly and less populated country, suffering from structural and legislative shortcomings at the fiscal, economic and social level,” which have all exacerbated a drop in births, according to a press release about the meeting.

Pope Francis will open the May 14 meeting, the Vatican announced May 3. Organizers said it is the first meeting of its kind in Italy on the general state of its birthrate and demographics.

The meeting, it added, will “launch an appeal for co-responsibility in restarting the country beginning with new births” as well as studying the challenge of a “demographic winter” and look for a new way to talk about the issue of birthrates.

Matteo Bruni, director of the Vatican press office, confirmed the pope would attend the opening of the online initiative by delivering a speech at a Rome auditorium near the Vatican.

Promoted by the Forum of Family Associations, the meeting will also look at the demographic situation in other parts of the world and how it has been affected by the COVID-19 pandemic. For example, the press release said, more than 1 million families in Italy are living in poverty because of the pandemic.

The forum, it said, hoped to find ways to take advantage of any opportunities that may come with Italy’s post-COVID-19 recovery and resilience plan, in which Italy was set to receive some 209 billion euros in grants and low-interest loans from the European Union’s recovery fund — the largest amount to any one country in the EU.

The organizers will bring together representatives of government institutions, businesses, mass media and the world of culture and sport.

Gianluigi De Palo, president of the Forum of Family Associations, said in a press release April 29 that Italy’s low birth rate is not just a “cold statistical fact” but represents a real national tragedy that is already crippling the nation’s social security system, welfare assistance, universal health care and the future of younger generations.

The country lacks policies and programs to adequately turn the situation around and lacks seeing the family and children as a common good, he said.

The May 14 meeting, he said, will be an opportunity to study the “many problems that have led to these demographic, social and economic effects” and find ways out of “this very dangerous dead end.”

Pope Francis repeatedly has expressed concern about falling birthrates in Italy and throughout Europe. Marking Italy’s Day for Life Feb. 7, he said, “In Italy, births have declined, and the future is in danger.”

The pope called on Italians “to take this concern and try to ensure that this demographic winter might come to an end, and a new springtime of baby boys and girls might flourish.” 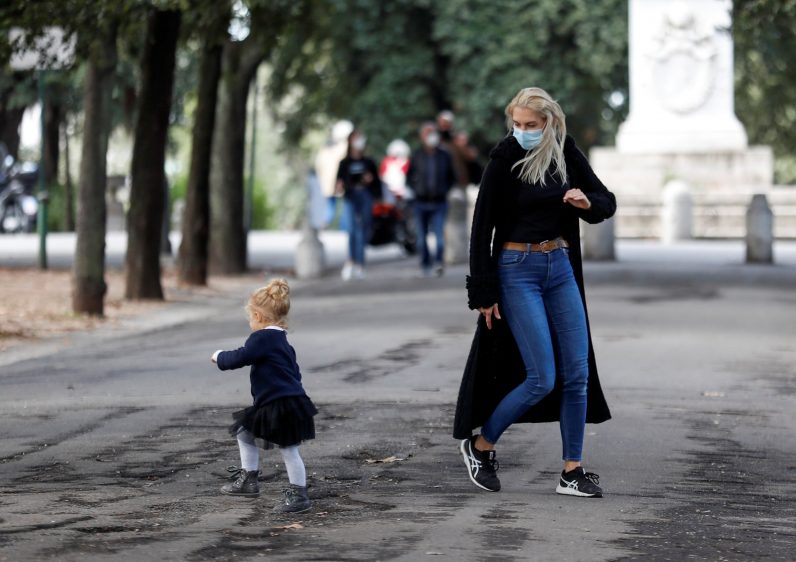 A woman wearing a mask for protection from COVID-19 plays with a child in Rome in this Oct. 13, 2020, file photo. Pope Francis is scheduled to open a May 14 meeting discussing the challenges posed by Italy’s low birth rate. (CNS photo/Yara Nardi, Reuters)

PREVIOUS: Pope approves canonizations, but no date set because of pandemic

NEXT: Pope urges altar servers to be signs of faith to their parishes