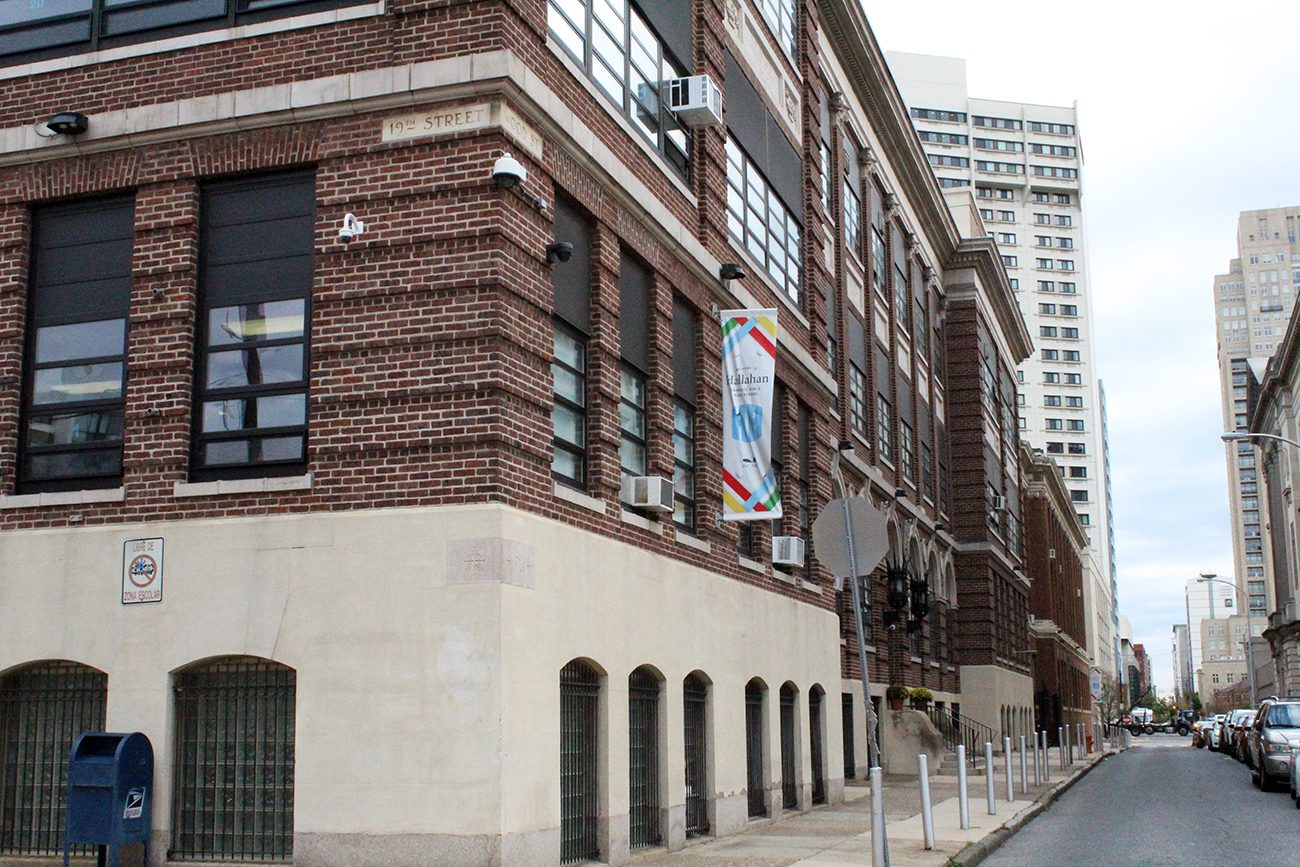 The exterior of John W. Hallahan Catholic Girls High School is seen in this November 2020 image. The closure of the archdiocesan school comes amid the steepest one-year drop in Catholic school enrollment nationwide in 50 years. (Photo by Matthew Gambino)

A recent city court decision has dismissed a move to stop the Philadelphia Archdiocese from selling a shuttered high school and using its restricted funds as tuition assistance.

Orphans Court Judge Sheila Woods-Skipper ruled June 22 that the Friends of Hallahan lacked legal standing in the matter, which centers on how assets from the just-closed John W. Hallahan Catholic Girls High School in downtown Philadelphia would be distributed.

The group, which filed the petition for a preliminary injunction May 19, was formed earlier this year following the archdiocese’s Nov. 18, 2020 announcement that both Hallahan and Bishop John McDevitt High School in Wyncote would graduate their final classes at the end of the 2020-21 academic year.

The decision, described by Archbishop Nelson Pérez as “deeply painful,” was made in response to significant enrollment declines in recent years.

With Hallahan operating at only 36% of its building capacity, and McDevitt at 40%, leaders from both the Faith in the Future Foundation, which oversees the archdiocesan high schools and schools of special education, and the archdiocesan Office for Catholic Education recommended the closure of the two high schools.

“Continued operations would have accelerated tuition increases to unaffordable levels and jeopardized our ability to provide the diverse academic and extracurricular offerings our families deserve,” said Kenneth Gavin, the archdiocese’s chief communications officer, in a statement. “Every potential alternative to closure was considered, but none were viable.”

Overall, Catholic school enrollment throughout the nation dropped 6.4% this academic year, down more than 110,000 students from last – the largest single-year decline in almost five decades, according to a February report from the National Catholic Educational Association (NCEA).

While classrooms at Catholic high schools dipped 2.5%, an 8.1% plunge in elementary schools could signify a steeper downturn for older grades in the near future, said the NCEA.

Amid the COVID-19 pandemic, 209 Catholic schools in the U.S. closed by the start of the current school year. School choice programs including Pennsylvania’s tuition tax credit programs (EITC and OCTC)  “(did) not seem to be sufficient enough to turn the tide,” noted the report.

Previously, the NCEA estimated that about 85% of secondary schools provide some form of tuition assistance.

Since its announcement in November, the archdiocese has “worked with the Hallahan school community on a comprehensive, student-centric transition plan,” said Gavin.

At present, “over 72% of Hallahan’s current students” have registered to attend other archdiocesan high schools in September, he said.

Matching the students’ previous scholarships and other forms of tuition assistance is “a major component” of the transition process, Gavin stressed.

If its petition (now free of the preliminary injunction) is granted, he said, the archdiocese will be able to disburse funds to benefit the transferring Hallahan students. A similar petition has been filed regarding Bishop McDevitt, and the same process was followed in the closures of Cardinal Dougherty and North Catholic high schools.

Hallahan supporters — including Bill Hallahan, a descendant of founder Mary Hallahan McMichan — have dismissed the archdiocesan plans as a betrayal of the school’s pioneering benefactor. McMichan, a Catholic businesswoman and philanthropist, provided $100,000 (the modern equivalent of almost $2 million) to open the school, and generously supported the institution until her death in 1925.

Yet McMichan’s original donation “was fully expended on the construction of the original school building, in accordance with her donor-intended purpose,” said Gavin.

Following the death of McMichan’s daughter in 1976, the archdiocese received what was left of the estate, and “the remaining funds are part of (those) which would be used to benefit Hallahan students over the next three years,” he said.

Friends of Hallahan are reportedly now raising funds to open an independent “Center City Girls’ Academy” in the fall. Under canon law, the group cannot create a Catholic school, as “the sole authority to do so rests with the Archbishop of Philadelphia,” pointed out archdiocesan counsel.

Amid the heartache and legal wrangling, the archdiocese “continues to utilize every available resource in support of the families who rely on us,” said Gavin. “We remain grateful for their belief in the value of our schools.”

Correction: A previous version of this article incorrectly identified a former Hallahan president based on media reports.