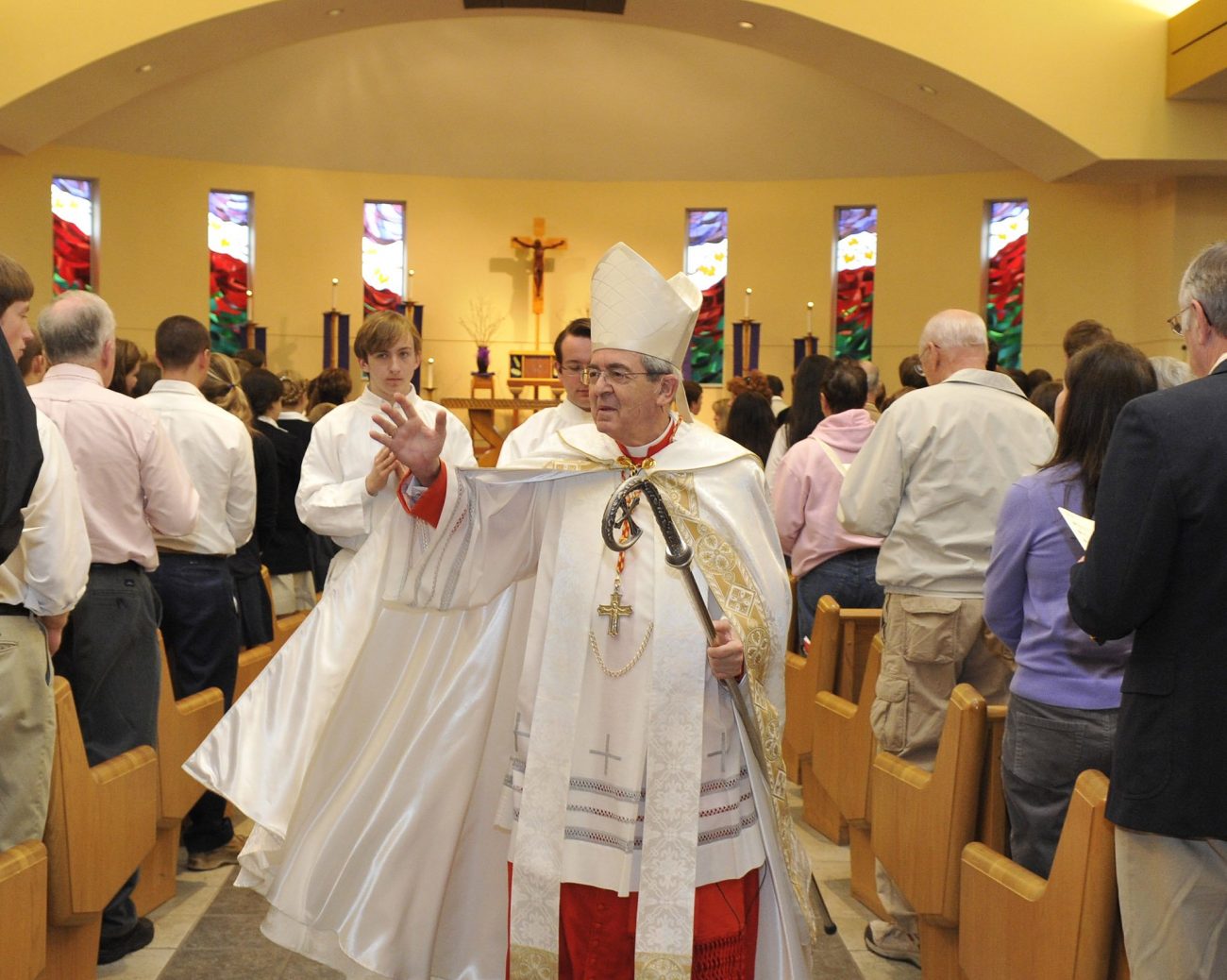 KNOXVILLE, Tenn. (CNS) — You could say Cardinal Justin Rigali has had an altar seat to Catholic Church history.

From his youth in Los Angeles to assisting at the Second Vatican Council to a stint in Madagascar to serving four popes, and to being the shepherd of the St. Louis and Philadelphia archdioceses, Cardinal Rigali has seen his vocation to the priesthood take him around the globe.

Along the way, there have been volumes of memorable moments.

His ministry has placed him in the presence of such diverse personalities as St. Teresa of Kolkata; President John F. Kennedy’s widow, Jackie Kennedy; renowned Israeli Prime Minister Golda Meir; notorious Uganda President Idi Amin; President Ronald Reagan; and prodigious criminal impersonator Frank Abagnale, on whom the hit movie “Catch Me If You Can” is based.

And he watched from Rome alongside St. John Paul II as the Berlin Wall fell Nov. 9, 1989, ushering an end to communism in Eastern Europe and the return of democracy to St. John Paul’s native and beloved Poland.

Through it all, Cardinal Rigali has strived to live his episcopal motto: “Verbum caro factum est” (“The Word Became Flesh”).

He celebrated his 60th anniversary in the priesthood April 25, six days after marking his 86th birthday. Since his retirement as archbishop of Philadelphia in 2011, Cardinal Rigali has been in residence in Knoxville with Bishop Richard F. Stika. 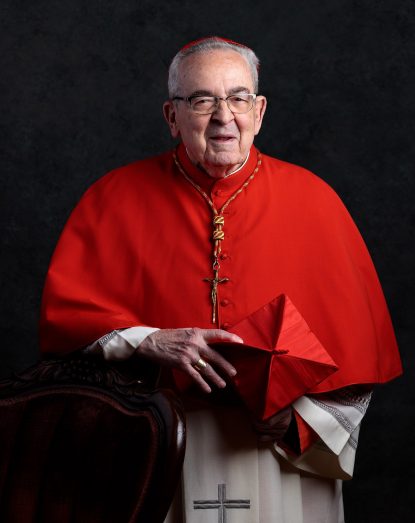 Cardinal Justin Rigali, retired archbishop of Philadelphia, is seen in this undated photo. He celebrated his 60th anniversary of priestly ordination April 25, 2021, six days after his 86th birthday. Since his retirement in 2011, Cardinal Rigali has been in residence in Knoxville, Tenn., with Bishop Richard F. Stika. (CNS photo/Stephanie Richer, The East Tennessee Catholic)

The future cardinal was a student at the Catholic School of the Holy Cross in Los Angeles when the thought of being a priest first came to him.

“I think it was kind of natural once it came up,” he told The East Tennessee Catholic, newspaper of the Diocese of Knoxville. “Then a priest came in to give a talk to the boys in the graduating class of the grammar school, so it stayed with me.”

Cardinal Rigali grew up in a large family that would see two of his siblings also pursue the priesthood and religious life.

As to others who influenced his vocation, Cardinal Rigali said, “I think you have to give a lot of credit to the grace of God first, because basically it’s the candidate who has to get the thought and find the good and not reject it.”

“Then as time goes on the Holy Spirit,” he said, “gives you the strength to consider and say, ‘Maybe this is something good for me. I like the idea of celebrating Mass. I like the idea of being with the people as a priest in their midst.’ So that’s what happened.”

The future Cardinal Rigali was ordained a priest April 25, 1961, in Los Angeles by Cardinal James Francis McIntyre, archbishop of L.A., and he served briefly in two parish assignments in and near the City of Angels. But his nearly quarter-century of serving the Vatican would soon begin.

“When I was ordained a priest, every young priest looks forward to his first assignment, and my first assignment was to be in a parish but just for a very limited time because they had decided to send me to Rome,” Cardinal Rigali said. “So I got there, and I was enrolled in canon law studies for three years in Rome.

“At the end of three years, then I was ready to come home and take the job that they were preparing for me, but at that point, however, the Holy See, the Vatican, was looking for U.S. priests, and they asked if they could have me come and study in the Pontifical Ecclesiastical Academy. That’s the school in Rome that prepares young priests to enter into service to the Vatican.”

After 12 years in the seminary, he said, “I had two years still in Rome in which I was preparing to serve the Vatican in the Pontifical Ecclesiastical Academy. That was the school that later on I turned out to be the president of.”

“At the end of the service, then I was assigned as a member of the Vatican service,” he added, “and they sent me to the island of Madagascar, and it was a nice place, nice people.”

In the early days of his service to the Vatican, then-Father Rigali saw Vatican II convened by St. John XXIII and continued by St. Paul VI. The future cardinal served as a priest-assistant at the first two sessions of the council.

He recalled that Archbishop Fulton J. Sheen, who has the title “Venerable” and is moving closer to sainthood, was one of the bishops in his section.

Cardinal Rigali served at the apostolic nunciature in Madagascar from September 1966 to February 1970. Upon his return to Rome, Cardinal Rigali was appointed head of the English-language department of the Vatican Secretariat of State.

“It was at that point that I got to know so many people,” he said. “I certainly have been influenced by the popes I have known.”

One of his jobs after returning was to be the English translator for the popes.

“He was a lovely person,” Cardinal Rigali said. “As head of the English-language department, I was brought down with the head of the Spanish department and a couple of other people — we came down to meet the new pope the next day (after he was elected). The new pope had audiences every day. It came one day when he had an audience with the bishops of the United States, and it happened to be the last audience of his life.”

St. John Paul II traveled to 129 countries in his pontificate, and Cardinal Rigali joined him on many of the journeys from 1979 to 1987.

When the vocation seed was planted in the Archdiocese of Los Angeles over 75 years ago, a young Justin Rigali could never have thought that his priesthood would be so multifaceted.

Cardinal Rigali credits Father James Hansen, a parish priest, for planting the idea of the priesthood during grammar school.

“Perhaps I even had some inkling even earlier, but I know that in the grammar school I was asked if I had ever thought of that, and I said yes. That’s what I remember, and the rest is history.”

NEXT: ‘Solidarity in Freedom’ is theme of Religious Freedom Week