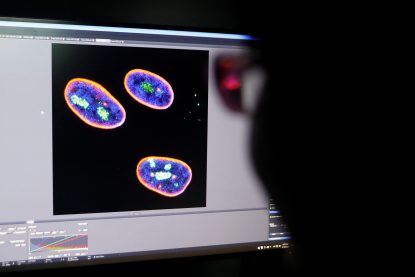 WASHINGTON (CNS) — Lifting a long-standing prohibition on the ability of scientists to culture human embryos in the lab past 14 days shows “an utter disregard” for the value of human life and is “an affront to the sanctity of human life,” said two Catholic members of Congress, Rep. Chris Smith, R-N.J., and Sen. Mike Braun, R-Ind.

The International Society for Stem Cell Research said May 26 that what’s known as “the 14-day” rule, in place for 40 years, should be lifted and that regulatory bodies in each country that conduct this type of research should decide what research will be permitted and how.

The new guidelines, drafted by a task force of scientists and ethicists, omit longer embryo culture from this category and encourage a public discussion about allowing it.

“The ISSCR has shown an utter disregard for the value and dignity of human life,” Smith said in a May 27 statement.

He said the previous 14-day rule “was already unethical and morally repugnant, but the ISSCR has now removed all restraint, allowing unborn humans at any stage of development to be experimented on, manipulated and destroyed.”

The ISSCR also has lifted restrictions against creating and experimenting on human-animal chimeras: These are created by injecting cells from one species into an early stage embryo from another species.

In response, Smith and Braun introduced a measure titled the Human-Animal Chimera Prohibition Act — known as H.R. 3542 and S. 1800 in their respective chambers. It would prohibit research involving human-animal chimeras “that blur human-animal species distinctions.”

The National Institutes of Health currently has a moratorium on funding experiments involving human-animal chimeras.

NIH should not lift its moratorium on funding “animal-human hybrid experiments, and further I believe such research is an affront to the sanctity of human life that should be outlawed,” Braun said, adding he “will continue to fight for bioethics restrictions that protect human and animal life from unethical experimentation.” 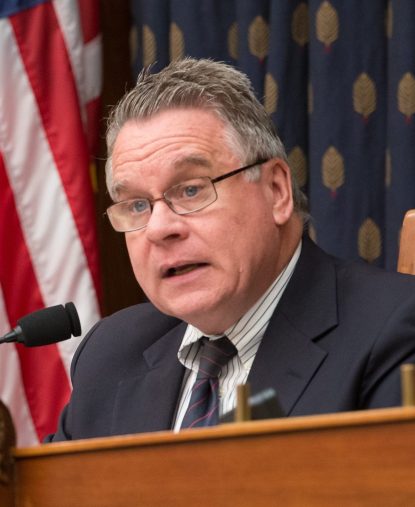 On May 24, Smith and Braun spearheaded a letter signed by 32 members of Congress urging the Biden administration “not to weaken its stance on this important issue.”

“The United States now has the responsibility to decide how it will respond to this updated guidance” from the ISSCR, Smith said. “H.R. 3542, which would create a permanent, statutory ban on certain types of human-animal chimeras, is an important step.”

“We also call on the Biden administration to preserve the scientific integrity of our nation and ensure that the United States does not further weaken requirements protecting human embryos and requiring a strict code of ethical conduct from our scientists and researchers,” Smith said.

Robin Lovell-Badge of the Crick Institute chaired the task force that wrote the ISSCR guidelines. The 45-member body included scientists, clinicians, ethicists, lawyers and policy specialists from around the globe who deliberated over 18 months, holding over 100 Zoom calls.

The guidelines have been updated “to reflect current science,” he wrote in the journal Nature.

“Perhaps the most striking is relaxing the ’14-day rule,'” he said. “Fourteen days (in the human embryo) is shortly before the stage at which the first signs of the central nervous system appear. … When the limit was proposed some 40 years ago, no one could culture human embryos much beyond five days, the time of implantation.

“Now, it prevents study of a critical period, between 14 and 28 days, when the beginnings of tissues are established,” he said.

But Dr. Daniel Sulmasy, a bioethicist at Georgetown University, told NPR he thinks ending the 14-day rule is “deeply troubling. Now, any sign of respect for the human embryo is gone.”

NEXT: Migration summit aims to work toward ‘church without borders’