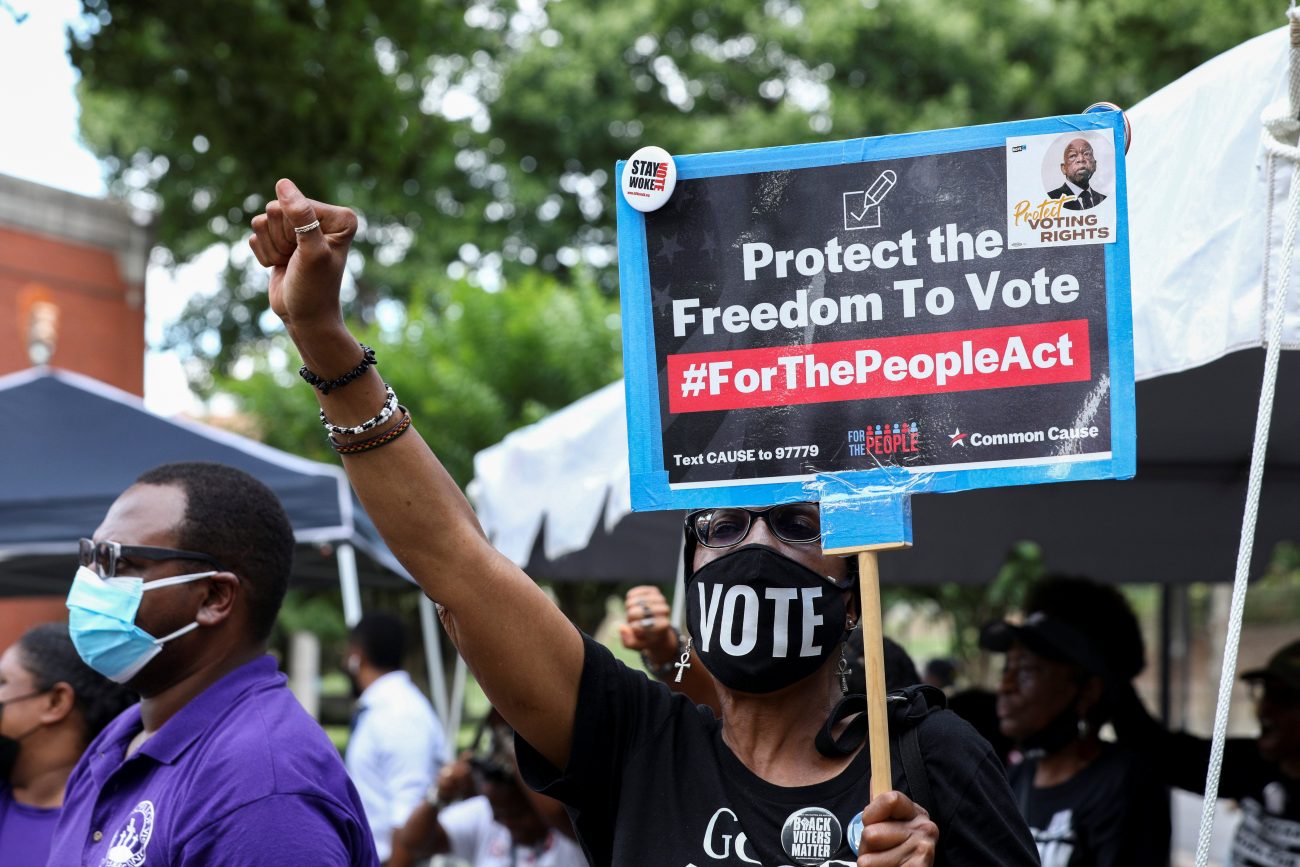 People in Atlanta demonstrate June 21, 2021, during a stop on the Freedom Ride For Voting Rights tour, sponsored by Black Voters Matter. It was making stops in several Southern states on its way to Washington. Organizers said they planned the tour to recall the Freedom Rides, a series of protests against segregation by Blacks and whites who rode buses together through the South in 1961. (CNS photo/Dustin Chambers, Reuters)

WASHINGTON (CNS) — Protection of voting rights is a moral issue, according to a Black sister who was on a panel discussion during a June 21 online forum on voting rights.

“The most important moral question in this debate is the protection of the dignity and rights of all citizens to participate in shaping the governance of our country, to ensure the common good of all, and the right of human beings to govern themselves. And that is at the heart of the common good,” said Sister Anita Baird, a former regional superior and national provincial for her order, the Daughters of the Heart of Mary.

With state legislatures considering proposals to limit ballot access, “as people of faith, I think we need to care about these debates and these decisions because of the rights of the least and the most vulnerable are not being guarded and protected,” Sister Baird said.

She made her comments during “Voter Participation and the Common Good: Political Strategies, Moral Questions, Catholic Principles,” sponsored by Georgetown University’s Initiative on Catholic Social Thought.

“As much as we revere the founders of our country, the framers of the Constitution, it’s a place where they got it wrong,” said Washington Post columnist Karen Tumulty, author of the new book “The Triumphs of Nancy Reagan.”

“They set up a system where only white men who owned property had the right to vote. And so, if you look back even at the first congressional election in 1789, you see states where less than 1% of the population voted,” said Tumulty, a Catholic.

Today, she added, “we should all be worried that these measures that we are seeing taking place to limit the right to vote are also occurring at a time when people’s faith in the integrity of the election system has been so tested,” especially given former President Donald Trump’s claims the 2020 election was rigged and that he won the popular vote in 2016.

“The morality for me really kind of hinges on the answer to a question. Are you promoting or blocking the constitutional right endowed to everyone in the United States?” said Michael Steele, a onetime Augustinian seminarian and former Republican National Committee chairman. 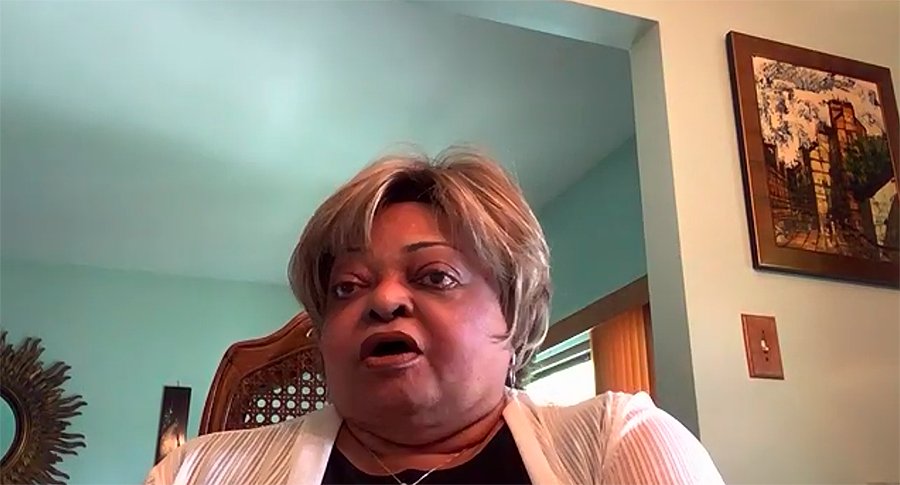 “For me, if you are in the process of blocking, then you are acting amorally. You are acting against that right given to us by God,” Steele said. “I look at members of my party currently in well over 40 states around the country systemically trying to deconstruct that right because they did not like the outcome of an election.”

Blacks “have been disenfranchised much longer than they’ve had franchise. And even when they had that franchise, it was never guaranteed. This is a serious issue that has blood on it,” said Justin Giboney.

An Atlanta attorney and political activist, he founded and leads the AND Campaign, a Christian civic group working for compassion and conviction in public life.

“The finger’s gonna be on the scale for the Republicans,” Tumulty said. “This is not about election integrity. Most of these states had no problems. We just conducted a very safe election. But this is about appealing to the more extreme elements of the Republican base.”

What this claim does, he said, is allow “some folks to go back home and say they stuck it to the progressives in Atlanta, which is where the capital is. This time around, I think the stakes were higher because of Trump’s ‘big lie.'”

He added, “If you see people going after your vote, you get rid of those people. You unelect them. You move them on. Because they are not standing in the good graces of the Constitution.”

Steele said, “We’ve watched one party slide into despotism, into a form of fake fascism, populism. Dangerous populism. We see that playing out in the voting space. If you think 2020 was difficult, phew, we got through that. You don’t know what’s happening going into 2022 and 2024.”

“Particularly for us as Catholics, when we talk about pro-life and we frame issues particularly in the church around the dignity and the respect for life,” she said, “we have to see this as being a life issue. The right to vote is a right-to-life issue.”

She added, “We have sisters from our conference that marched in Selma with Dr. (Martin Luther) King. We have to continue on that legacy and speak on behalf of those that perhaps at this time cannot speak for themselves.”

NEXT: Celebrate freedom to live faith publicly, work to protect it, says bishop