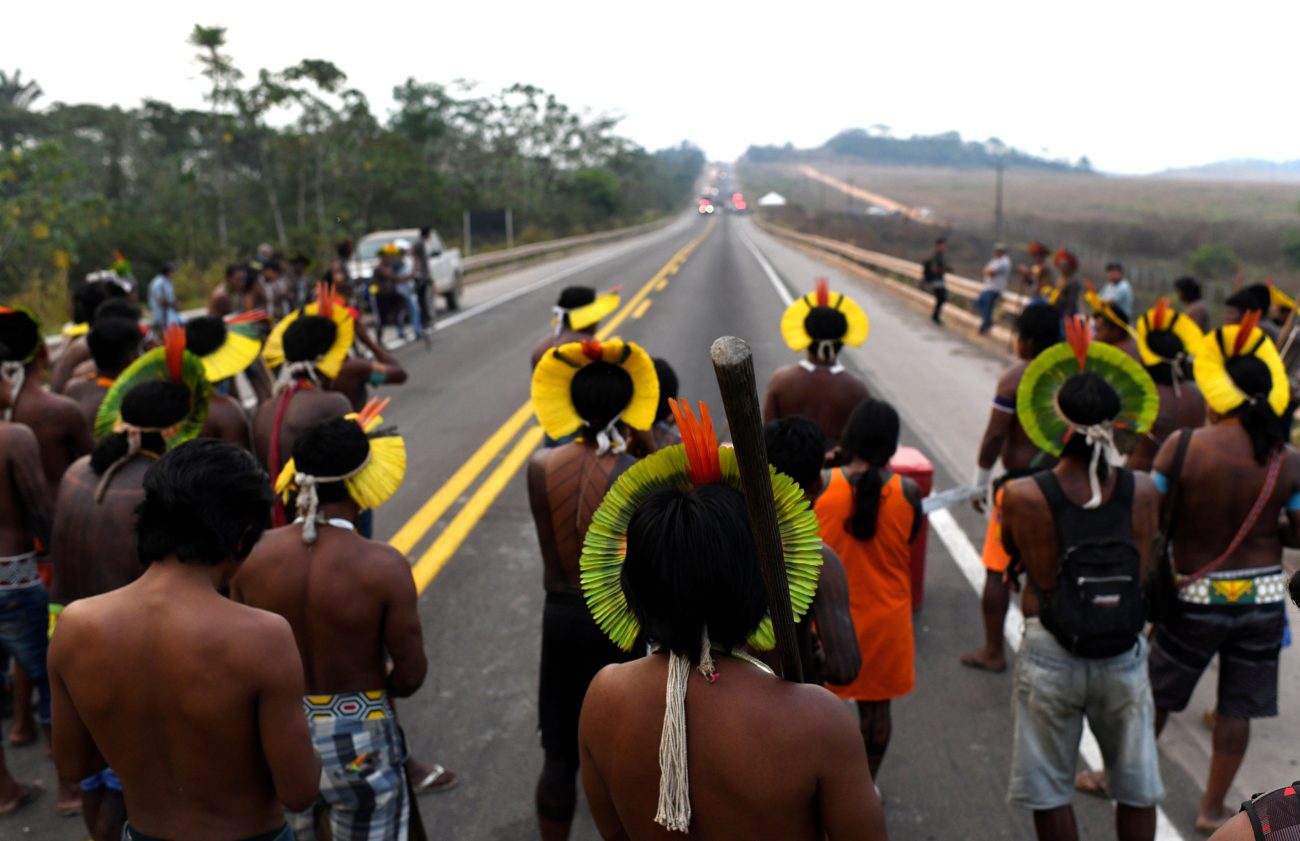 Kayapo indigenous people block a key Brazilian grain highway during a protest in Novo Brasil Aug. 18, 2020. The tribe said in a statement that the federal government has not consulted them on a plan to build a railway next to their land. (CNS photo/Lucas Landau, Reuters)

The commission said in a report released May 31 that the country saw an average of more than four conflicts over land daily throughout the year.

The disputes were largely over land, water and labor, according to the commission.

“We note with concern that most of these conflicts took place in the Amazon (region), involving around 62% of cases and 60% of families (of the total),” Bishop José Ionilton Lisboa de Oliveira of Itacoatiara, Brazil, commission president, said during an online presentation of the report.

The commission said the data shows the conflicts disproportionately affecting indigenous communities. Statistics show that 41.6% of all conflicts — and 56.5% of all families — involved indigenous people.

Brazil’s indigenous population totaled nearly 897,000 people, about 0.004% of the total population of 211 million people in 2010, the most recent year from which estimates are available, according to the Denmark-based International Work Group for Indigenous Affairs.

Bishop Oliveira said the conflicts affect the “quilombolas,” descendants of slaves; the “ribeirinho,” people who live along riverbeds; rubber tappers; and small family-farmers. Such conflicts are often overlooked by the media, including Catholic-based publications, he said.

“The (commission) publication has been the voice of people and families who are victims of violence in the countryside and has served to bring about solidarity, through actions, virtual complaints and in financial support, for their struggle for land, territory and water,” Bishop Oliveira said.

Resulting from a social structure that prioritizes development, Brazil’s land disputes began to escalate in 2016, as President Dilma Rousseff’s impeachment process started, and intensified during the last two years under President Jair Bolsonaro, according to the commission’s findings. 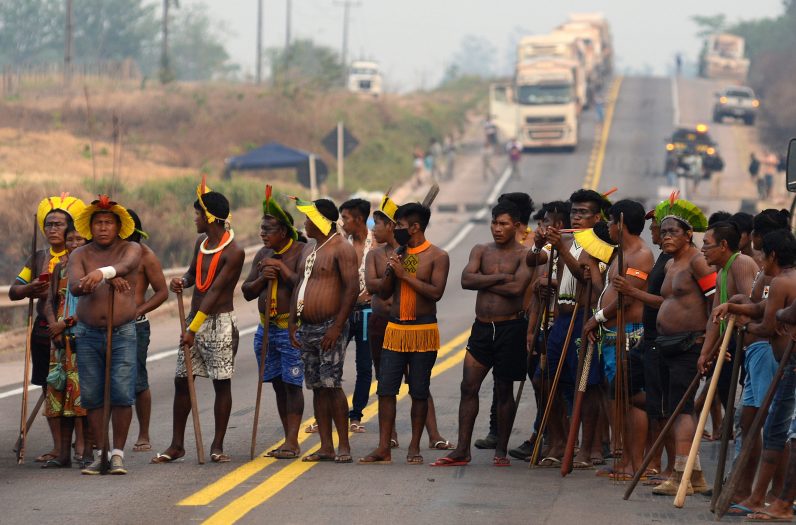 Kayapo indigenous people block a key Brazilian grain highway during a protest in Novo Brasil Aug. 18, 2020. The tribe said in a statement that the federal government has not consulted them on a plan to build a railway next to their land. (CNS photo/Lucas Landau, Reuters)