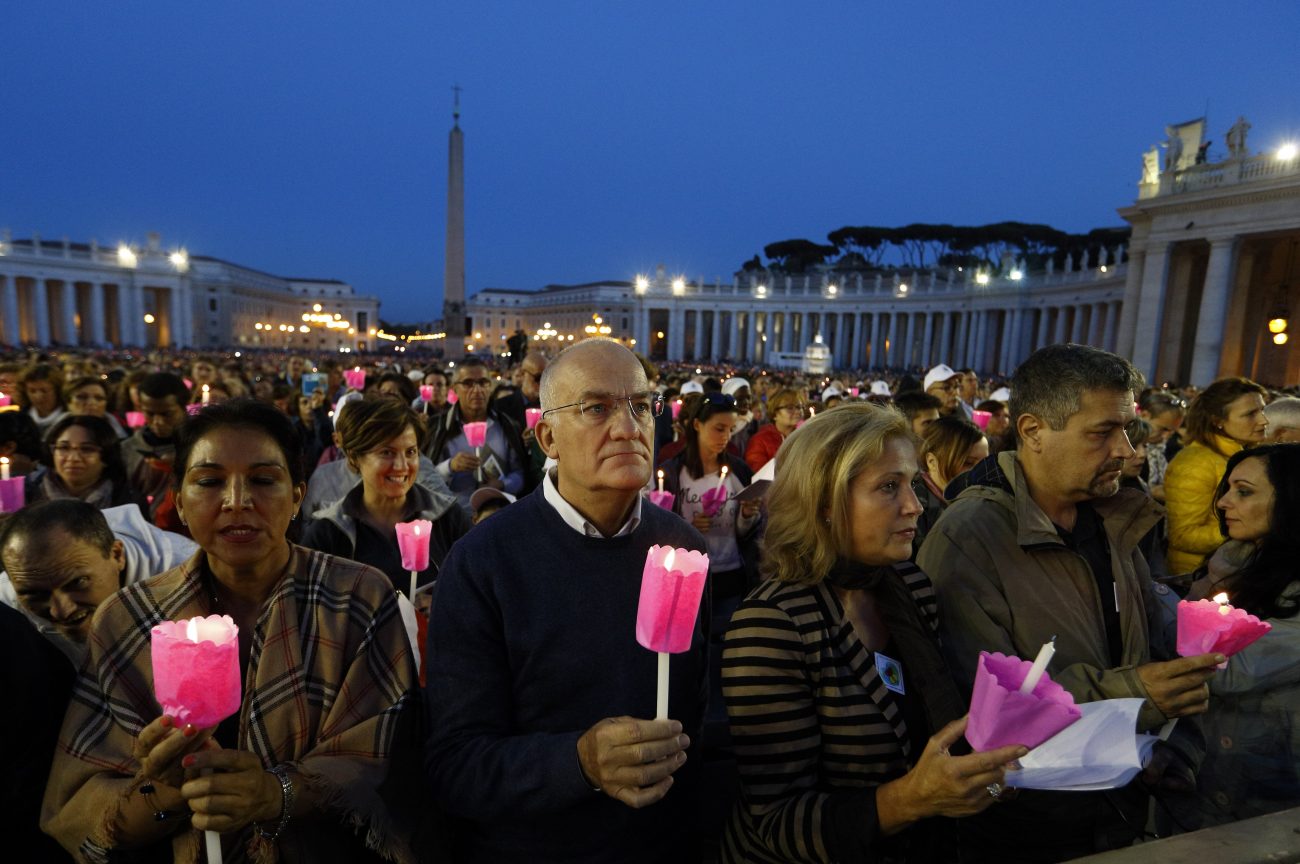 People hold candles during a prayer vigil for the Synod of Bishops on the family attended by Pope Francis in St. Peter's Square at the Vatican in this Oct. 3, 2015, file photo. In his recent book, "Let Us Dream," Pope Francis said he wants to strengthen the synod process not just for the church but also as a service to humanity. (CNS/Paul Haring)

VATICAN CITY (CNS) — Pope Francis insists “synodality” requires listening and not only on the part of people in the pews.

But it is not easy, said Archbishop Mark Coleridge, president of the bishops’ conference of Australia, which will hold the first assembly of its plenary council in October.

“I’ve learned to listen in ways that don’t come naturally to me,” he said. The plenary process requires him “to just shut up and actually listen and believe that in listening to this person, who may not be saying what I want or like to hear, I might actually hear some deep echo of the voice of God.”

“When I talk about learning to listen, I’m also talking about a quality of humility and docility as a bishop, and this discipline is not particularly easy to learn in my stage of life when you’re expected to be leading the charge and you do the teaching, not the learning,” the archbishop told Catholic News Service June 1.

“I don’t feel less a bishop because of what I am learning on the journey of the plenary council,” he said. “There’s something liberating in it that enables you to exercise episcopal authority in ways that may actually work and look credible.”

A plenary council, more a sibling than a cousin to a national synod, has legislative and governing authority after review by the Vatican. The formal preparation for the Australian council began in 2018, and on Pentecost Archbishop Coleridge signed the decree formally convoking it.

While the listening sessions and the thematic reflection papers prepared for the plenary council include references to issues such as the inclusion of LGBTQ people, ordination of women and mandatory celibacy for most priests — issues that also are part of the German “Synodal Path” — they have not garnered the same kind of headlines. 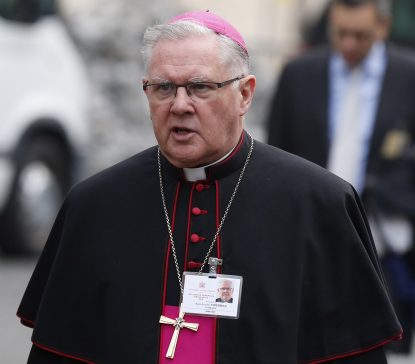 Archbishop Mark Coleridge of Brisbane, Australia, is seen during the Synod of Bishops on the family at the Vatican in this Oct. 14, 2015, file photo. Archbishop Coleridge said the 2015 synod was a “lightbulb moment” for him when he came to understand the synodal process Pope Francis wants to follow. (CNS photo/Paul Haring)

“We have a different history from Germany, dare I say, and the other thing is, of course, the fact of geography: We’re a long way away, and we don’t figure terribly much on the radar screen of the church universal; we’re small, and distant and young,” the archbishop said.

But, perhaps more than anything, he said, the Australian church is following canon law for plenary councils while the German church has decided to devise its own “Synodal Path,” not strictly following church law for either a national synod or a plenary council.

The German process is “a little more flexible, it gave them greater freedom,” the archbishop said. But while following the rules for a plenary council is more exacting, “we haven’t found that to be too much of a constriction.”

Based on his experience with the plenary council process and with the world Synod of Bishops, Archbishop Coleridge said he welcomed the Vatican’s announcement in late May that the synods would include much broader consultation.

In the past, he said, the synods “were too much of an event — some of the bishops, some of the time — instead of a synodal process, which means all of the people all the time.”

Archbishop Coleridge said special efforts were made to include people from Australia’s indigenous communities in the plenary council process.

Also, he said, the process sought input from “those who are angry, those who are alienated, those who have walked away” and from those, perhaps the majority of baptized Catholics, who are “just not particularly interested.”

Some Catholics, he said, “presumed that they know already what has to happen. And the impression almost is, ‘Why bother with the council or the Holy Spirit, because just listen to me and do what I say, and everything will be right.’ Well, it can’t be like that.”

Being a member of the Synod of Bishops on the family in 2015 “was a lightbulb moment for me, an awakening of some real kind where I think I came to understand, finally, what the pope meant by synodality,” Archbishop Coleridge said.

“I saw the Holy Spirit at work in that synod,” he said. “It was messy. There were moments when you thought, ‘This has gone off the rails.’ But it somehow came together in the most surprising way. And our journey has also been at times very messy.”

If people are “looking for quick institutional fixes, they probably won’t get them,” the archbishop said. “But if they are looking for something deeper that takes us much further into the future under the influence of the Spirit, they may in fact get that.”

The Italian bishops, at the urging of Pope Francis, announced in late May that they would launch a synod process; the Irish bishops announced in April they were beginning a five-year process for their national synod; and the Catholic Church in Germany has been involved in its “Synodal Path” since 2019.

“There is a groundswell, and explain it in any way you care, but I like to think of it as the work of the Holy Spirit who is not only the great comforter, but also the great disrupter,” Archbishop Coleridge said.

“Frankly, I would love to see the church in the U.S. embark upon something similar,” he said. “It would be immensely complex, but I think this is a moment of such crisis, largely because of polarization in the U.S. church, that perhaps it’s only something like a synod or a council under the influence of the Spirit, that can rise above the polarizations — and that’s my hope here: that we will simply transcend the usual conflicts and antagonisms, in other words, ideologies, and come to something new that only God can reveal to us.”