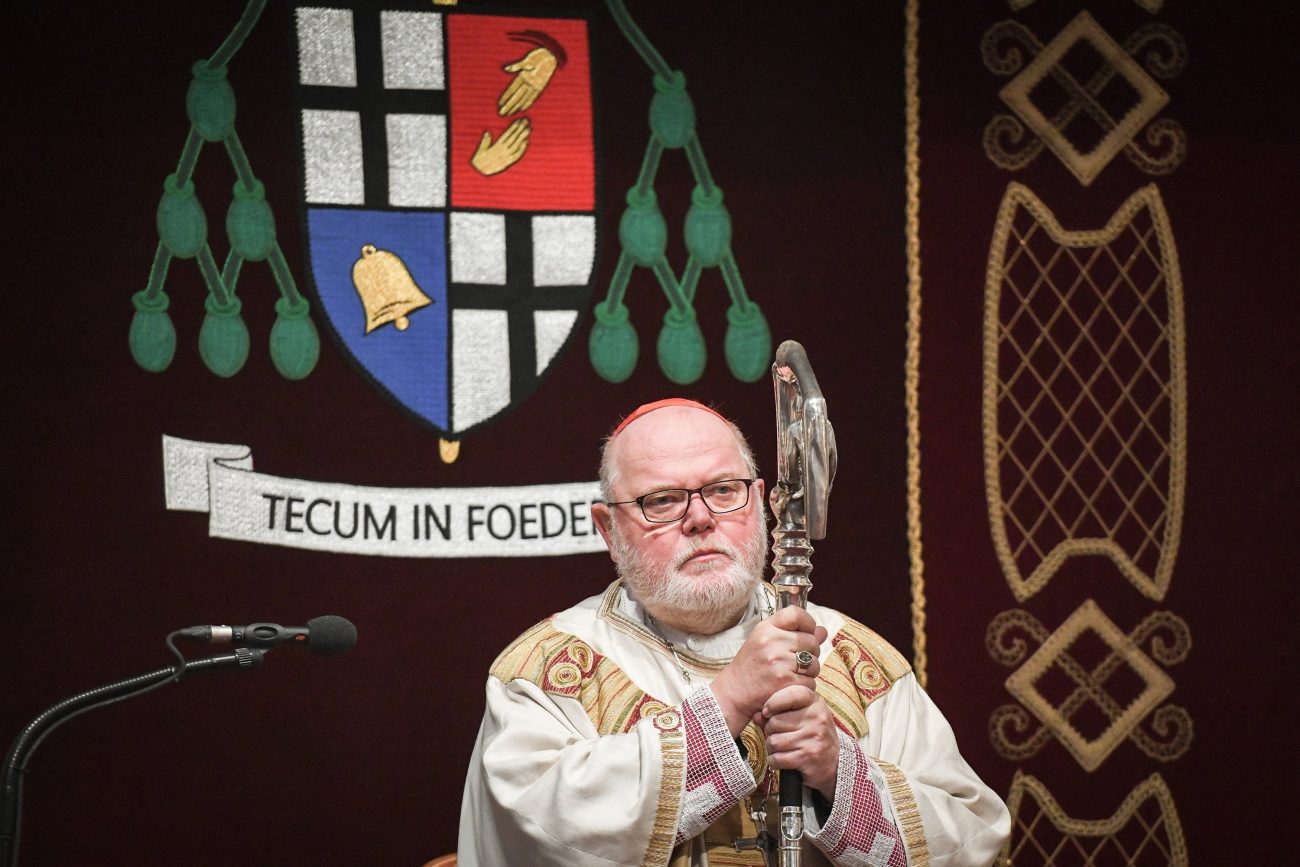 Cardinal Reinhard Marx of Munich and Freising, Germany, has submitted his resignation to Pope Francis, saying that bishops must begin to accept responsibility for the institutional failures of the church in handling the clerical sexual abuse crisis. The pope did not immediately accept the cardinal's resignation. Cardinal Marx is pictured in a Sept. 24, 2019, file photo. (CNS photo/Julia Steinbrecht, KNA)

VATICAN CITY (CNS) — German Cardinal Reinhard Marx of Munich and Freising, 67, has submitted his resignation to Pope Francis, saying that bishops must begin to accept responsibility for the institutional failures of the church in handling the clerical sexual abuse crisis.

Cardinal Marx released a statement June 4 and, with the pope’s permission, a copy of the letter dated May 21 in which he told the pope: “It is important to me to share the responsibility for the catastrophe of the sexual abuse perpetrated by representatives of the church over the past decades.”

Pope Francis did not immediately accept the cardinal’s resignation. In his statement, the cardinal said Pope Francis asked him to continue his ministry as archbishop “until his decision is made.”

In his letter to the pope, Cardinal Marx said that “the investigations and reports of the last 10 years have consistently shown that there have been many personal failures and administrative mistakes” in handling abuse allegations, “but also institutional or ‘systemic’ failures.”

But, he said, “some members of the church refuse to believe that there is a shared responsibility in this respect and that the church as an institution is hence also to be blamed for what has happened.”

Those same people, the cardinal said, “therefore disapprove of discussing reforms and renewal in the context of the sexual abuse crisis.” 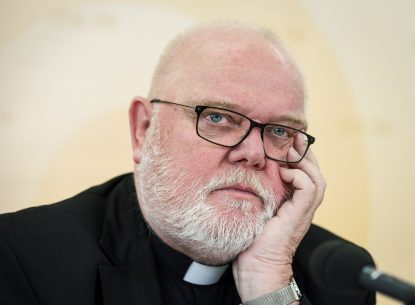 German Cardinal Reinhard Marx of Munich and Freising listens during a news conference at the bishops’ spring meeting in Lingen in this March 11, 2019, file photo. (CNS photo/Harald Oppitz, KNA)

Cardinal Marx, who is still more than seven years away from the normal retirement age for bishops, is the past president of the German bishops’ conference and is one of the main proponents of the German church’s “Synodal Path” process of consultation, prayer and discussion about necessary reforms in the church.

The process has been controversial because of some of the ideas being debated in connection with power, sexual morality, priesthood and the role of women in the church.

The cardinal is also a member of Pope Francis’ international advisory Council of Cardinals and is coordinator of the Vatican Council for the Economy.

In his statement June 4, Cardinal Marx said the clerical abuse crisis obviously requires improved oversight and administrative systems, but even more it shows the need for “a renewed form of the church and a new way to live and proclaim faith today.”

Investigating how allegations were handled in the past and holding to account bishops who failed to act promptly and appropriately is important, the cardinal said, but it is not enough.

“As a bishop I have an ‘institutional responsibility’ for the acts of the church in its entirety as well as for its institutional problems and failures in the past,” he wrote. “And have I not helped to foster negative forms of clericalism by my own behavior and the false concerns about the church’s reputation?”

Above all, he said, church leaders must ask themselves if the focus really is on survivors and others impacted by sexual abuse.

“With my resignation I would like to make clear that I am willing to personally bear responsibility not only for any mistakes I might have made but for the church as an institution which I have helped to shape and mold over the past decades,” the cardinal said.

Cardinal Marx told reporters during a news conference June 4 at his residence in Munich that he had been thinking about giving up his post since the beginning of the year “and then during the Lent period in prayer and meditation.” He said his letter to the pope was written during the Easter season.

He explained that he had consulted with Pope Francis during an audience May 21 where he read the letter to the pontiff. Soon after, the pope sent him an email, Cardinal Marx said, and afterward in a phone call, they agreed that the letter could be made public June 4.

Explaining how his decision came about, he said that last year, “I held a service in the cathedral where we were asking for forgiveness from the victims of sexual abuse and there I said the sentence, ‘We have failed,’ and when I was home I thought who is ‘we’? Do I not also belong there?”

He continued, “It is easy to say such words but much more difficult and that is why it took some months to make it out with yourself what this means for you personally.”

Cardinal Marx added that he is not tired of his job. He pleaded for the renewal of the church and said his service to the church is not ending with his resignation, noting that he has enjoyed being a bishop and priest.

The cardinal’s move comes ahead of an experts’ report expected be published this summer concerning how sexual abuse cases were handled in the Archdiocese of Munich and Freising.

Initial reactions to the cardinal’s announcement showed a mixture of respect and dismay, the German Catholic news agency KNA reported.

Bishop Georg Baetzing of Limburg, president of the German bishops’ conference, said he regretted the move. Cardinal Marx had, he said, “done groundbreaking work for the church in Germany and worldwide.” Bishop Baetzing described the cardinal as “one of the pillars of support” in the conference and would continue to be needed.

The president of the lay-led Central Committee of German Catholics said its members were deeply shaken.

“The wrong one is leaving,” Thomas Sternberg told the regional newspaper Rheinische Post. If the pope accepts the cardinal’s resignation, he said, then an important personality in German Catholicism would be lost.

A representatives of a victims’ group expressed respect for Cardinal Marx’s action.

Matthias Katsch, spokesman for the victims’ association “Eckiger Tisch” (Nonround Table), told KNA the cardinal “has understood that those who have created this mess are unable to clean it up again.” Katsch said he had experienced Cardinal Marx as one of the clergymen “who was prepared to listen.”

Contributing to this story was Anli Serfontein in Berlin.

NEXT: Indonesian archbishop says he was targeted twice by assassins