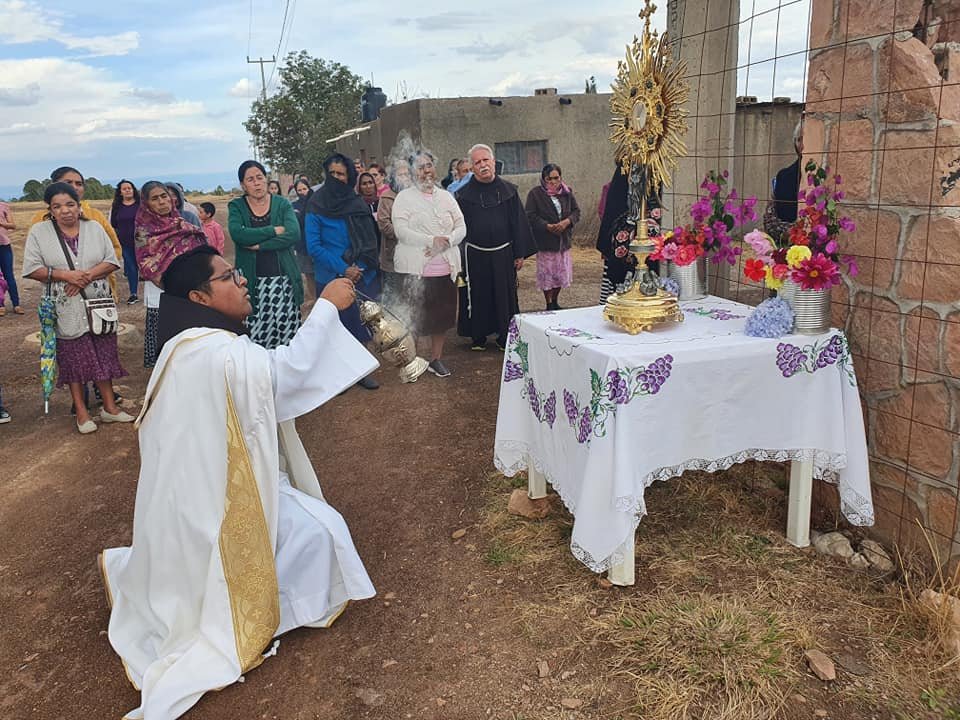 Franciscan Father Juan Antonio Orozco, 33, pictured swinging a censer in an undated photo, was killed by gunfire June 12, 2021, on his way to celebrate Mass and provide sacraments in a rural Mexican village with drug cartel conflicts. (CNS photo/Facebook)

MEXICO CITY (CNS) — A Franciscan priest was killed in a hail of gunfire on his way to celebrate Mass and provide sacraments in a rural Mexican village known for drug cartel conflicts.

Father Juan Antonio Orozco, 33, was struck June 12 in the late morning as he drove in a rural region of western Durango state, where “he entered the crossfire of two groups fighting” over the Durango to Zacatecas highway,” Bishop Luis Flores Calzada of Tepic said in a brief social media post.

The bishop included a photo of the victim, appearing to wear white robes, lying in front of a red pickup that identified the Franciscans’ parish ministry. The truck had several bullet holes.

Franciscan Father Gilberto Hernández, spokesman for the Order of Friars Minor, said the slain priest had traveled to celebrate Mass in a rural village. Father Orozco was one of three Franciscan priests serving the Santa Lucía de la Sierra parish in a rugged and isolated part of Zacatecas state.

The spokesman said no threats against Father Orozco had been made, even though the region has public security issues. 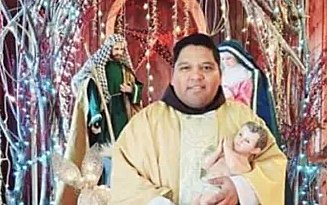 Franciscan Father Juan Antonio Orozco, 33, pictured swinging a censer in an undated photo, was killed by gunfire June 12, 2021, as he traveled to celebrate Mass and provide sacraments in a rural Mexican village with drug cartel conflicts. (CNS photo/Facebook)

“We call on the civil authorities to finally put a limit to the violence and harassment of our communities. There are now many victims among our people and now our priest. Who’s next?”

The violent death of Father Orozco — known as Padre Juanito — marks the latest killing of a priest in Mexico. At least 29 priests have been killed in Mexico since 2012, according to the Catholic Multimedia Center.

NEXT: Irish bishops choose woman to lead prep for synod