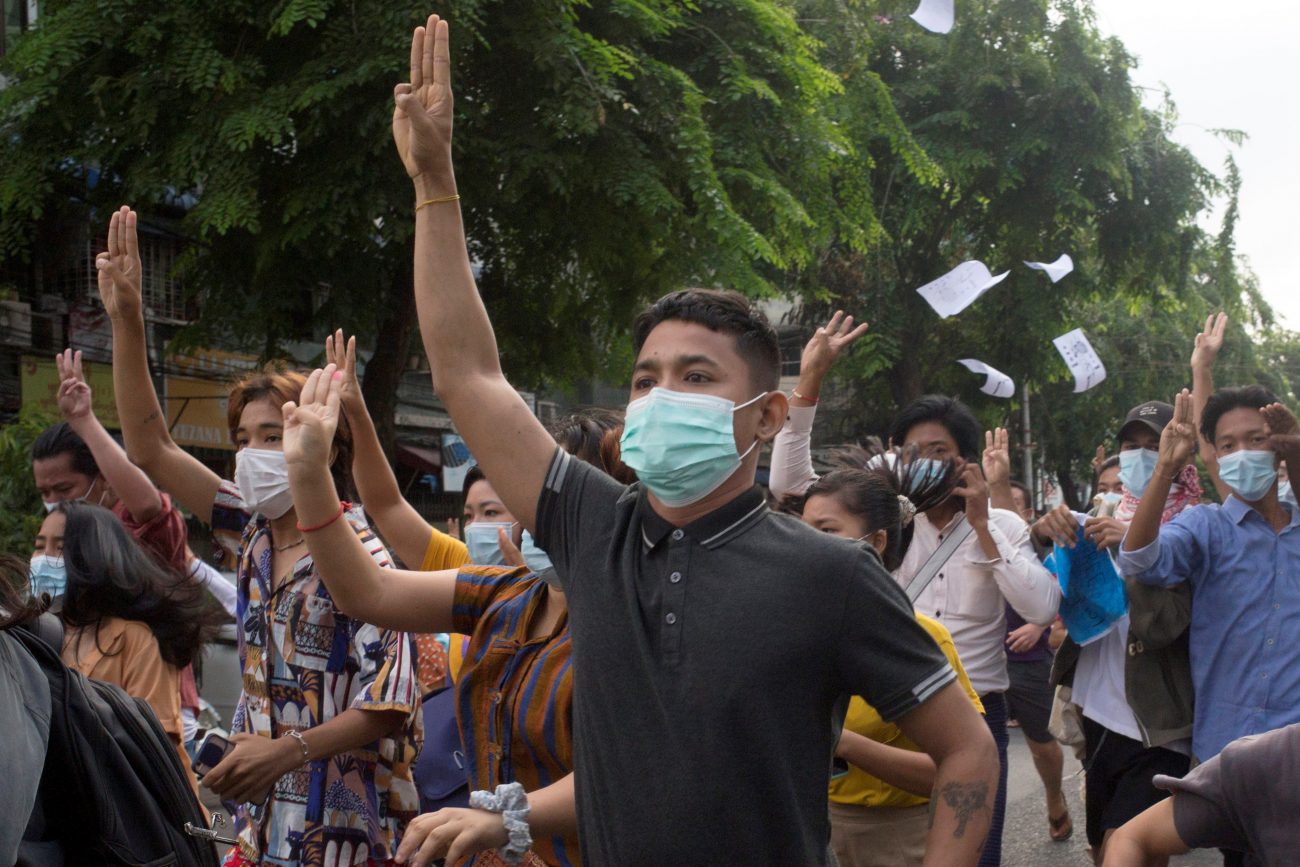 Anti-coup protesters flash the three-finger salute during a protest in Yangon, Myanmar, June 3, 2021. A third church in Kayah state, a Catholic stronghold in eastern Myanmar, was damaged by indiscriminate shelling by the military June 6. (CNS photo/Reuters)

YANGON, Myanmar (CNS) — Another church in Kayah state, a Catholic stronghold in eastern Myanmar, was damaged by indiscriminate shelling by the military.

Military fire hit Our Lady, Queen of Peace Church in the village of Doungankha the morning of June 6. Church leaders said there were no casualties as people had fled to relatives’ homes and into the jungle, ucanews.com reported.

The church’s walls were badly damaged and the windows were broken by the shelling.

The latest attack came despite a plea by Cardinal Charles Bo of Yangon, Myanmar, for the protection of religious buildings as places of worship and the cultural property of a community covered by international protocols. He also has urged the concerned parties to end fighting in the conflict-torn nation.

Artillery shelling by the military also reportedly damaged Jeroblou Marian shrine in Pekhon near Loikaw, capital of Kayah state, on the night of June 6. The reports, however, could not be independently confirmed.

More than 100,000 civilians were forced to flee their homes in Kayah and neighboring Shan state. They sought shelter in churches and convents while others fled into the jungle as fighting between the military and the KPDF has occurred since May 21.

The church’s social arm Karuna Loikaw, which is affiliated with Caritas Internationalis, has provided humanitarian assistance to displaced people in collaboration with the diocese’s emergency response committee.

Father Aloysius Thet Htwe Aung, Karuna Loikaw director, said the agency is finding it difficult to respond to hundreds of internally displaced people. He said fighting has spread into other areas, causing more people to consider fleeing their homes.

“We are trying hard to respond to the needs of people including those in far-flung areas,” he told UCA News.

Kayah state is regarded as a stronghold of Catholicism in the Buddhist-majority country. About 90,000 Catholics live in a state with a population of 355,000.

More than 175,000 people have been displaced in Kachin, Karen, Chin, Kayah and Shan states since a Feb. 1 military coup removed the country’s government, according to the Office of the U.N. High Commissioner for Refugees. 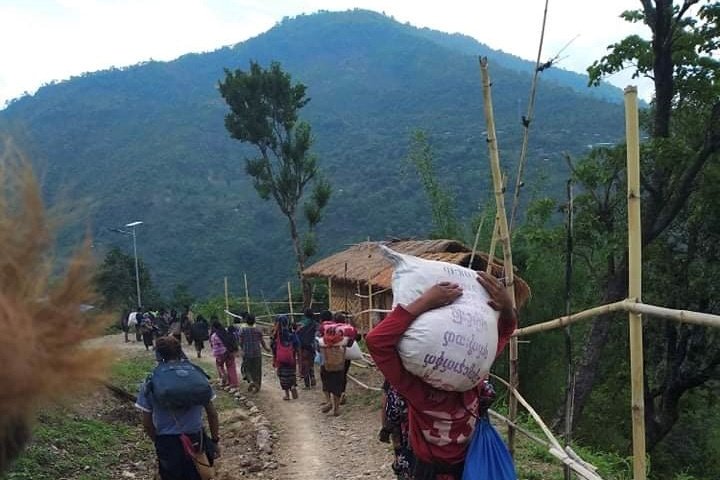 People in northwestern Myanmar displaced by fighting between junta forces and anti-junta fighters walk in Chin state May 31, 2021. A third church in Kayah state, a Catholic stronghold in eastern Myanmar, was damaged by indiscriminate shelling by the military June 6. (CNS photo/Reuters)

NEXT: Effort to end human trafficking builds in West Africa