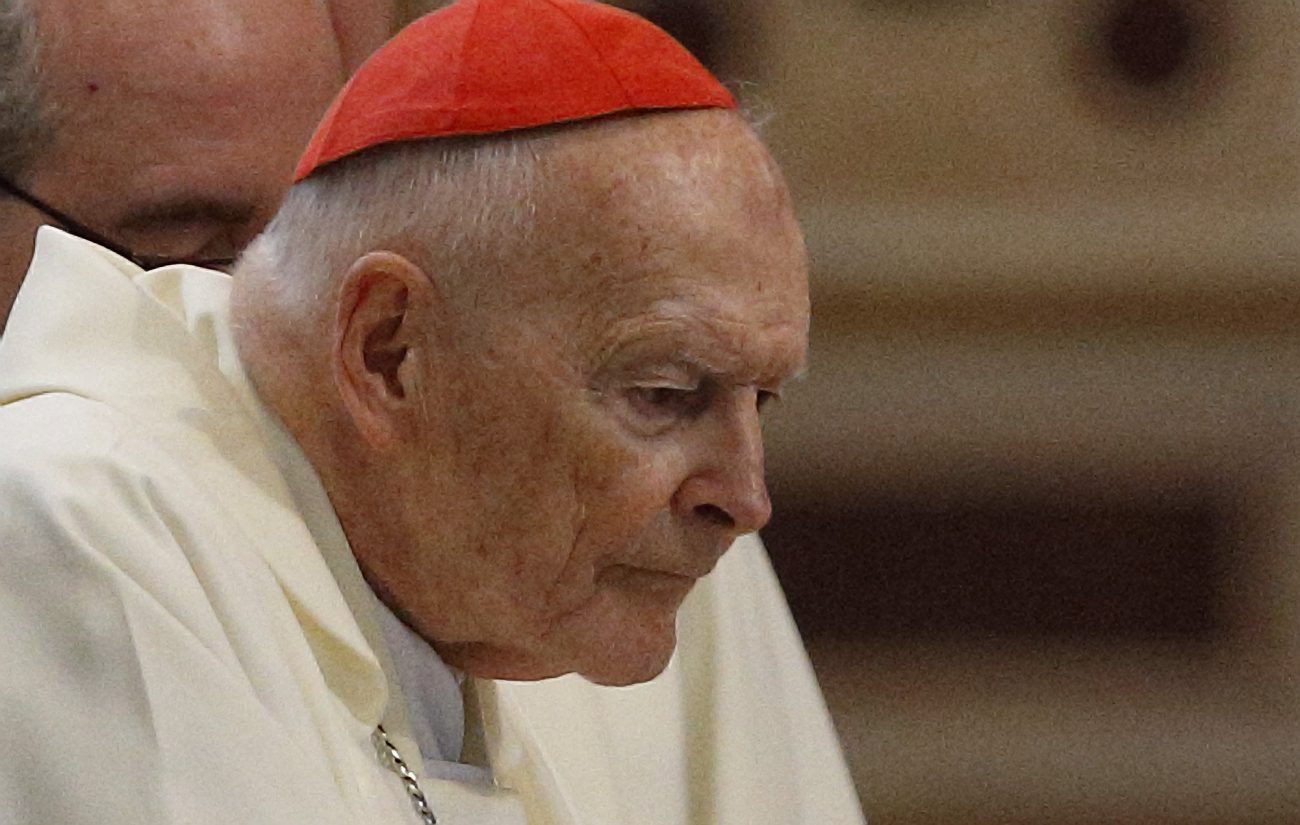 BOSTON (CNS) — The Boston Globe reported July 29 that police in the Boston suburb of Wellesley have charged former Cardinal Theodore McCarrick with three counts of indecent assault and battery on a person over 14 in a criminal complaint filed by Wellesley Police in a district court in nearby Dedham, Massachusetts.

A summons has been issued ordering McCarrick, now 91, to appear at the court for arraignment Aug. 26.

The Globe reported that McCarrick is now living in Missouri. The address listed for McCarrick in the court filings is the Vianney Renewal Center in Dittmer, Missouri, located in Jefferson County, a suburban county of St. Louis on the eastern side of the state.

The Vianney Renewal Center is a treatment center for Catholic clergy with sexual or other disorders.

According to its website, it’s a ministry coordinated by the Servants of the Paraclete, which collaborates with sponsoring diocesan and religious communities “to provide a safe and supportive environment for the rehabilitation and reconciliation of priests and religious brothers.”

Last year, the Jefferson County Leader, a weekly newspaper, reported the Dallas police arrested an ex-priest at the center on charges of aggravated sexual assault of a child in North Texas that took place in 1989. The ex-priest had been laicized in 2002.

The crimes for which McCarrick is charged allegedly took place in 1974, when he was a New York archdiocesan priest and secretary to Cardinal Terence Cooke of New York.

According to the Globe, the man told investigators that McCarrick was a family friend who began molesting him when he was a boy.

According to a report by Wellesley Police Detective Christopher Connelly that was filed in court with the complaint, he said McCarrick often went on trips with the then-teenager’s family and had sexually abused him in New Jersey, New York, California and Massachusetts.

On June 8, 1974, the alleged victim, then 16, said he was at his brother’s wedding reception at Wellesley College when McCarrick told him his father wanted the two of them to “have a talk” because the teenager was being mischievous at home and not attending church, according to the report. He said McCarrick groped his genitals when they were walking around the campus, and continued his assault after the walk was over.

The Globe said that during interviews with police, the man recounted later incidents where McCarrick sexually abused him in the Boston suburbs of Arlington and Newton. He also provided four photographs of postcards he had received from McCarrick when he was younger, and a photograph of McCarrick that predated the wedding reception in Wellesley.

The man, whose name was not released, is represented by Mitchell Garabedian, long known as an attorney for those who have made abuse accusations against Catholic clergy. Garabedian was portrayed by Stanley Tucci in the Academy Award-winning film “Spotlight,” which chronicled the Globe’s investigation into clergy sexual abuse in the Archdiocese of Boston 20 and more years ago.

Because McCarrick was not a Massachusetts resident and “the statute of limitations stopped running when he left the state,” the Globe said, “he can be charged with alleged assault dating to the 1970s.”

McCarrick’s attorney, Barry Coburn of Washington, told the Globe: “We will look forward to addressing this issue in the courtroom.”

In 2018, the prelate resigned from the College of Cardinals after The New York Times published a series of stories detailing abuse episodes by the then-priest and bishop during assignments in New York and New Jersey, principally in the 1970s and ’80s.

A year later, Pope Francis laicized him after a canonical process found him guilty.

Last year, the Vatican released its own report detailing the McCarrick case. It said the now-disgraced former prelate was able to rise up the Catholic hierarchical structure based on personal contacts, protestations of his innocence and a lack of church officials reporting and investigating accusations made against him, according to the Vatican report on the matter.

The report said St. John Paul II “personally made the decision” to name McCarrick archbishop of Washington in 2000 and make him a cardinal.

Many commentators dispute critics that say the pope and his associates knew about McCarrick’s misdeeds and proceeded with his promotion anyway, because McCarrick was a “master at gaining the trust of others, including Pope John Paul II, and then betraying that trust.”

Prior to the Dittmer facility, McCarrick had lived at Kansas friary at the Washington Archdiocese’s request. He left there of his own accord after he was laicized.

PREVIOUS: N.J. archdiocese says it has requested but not yet received data, analysis