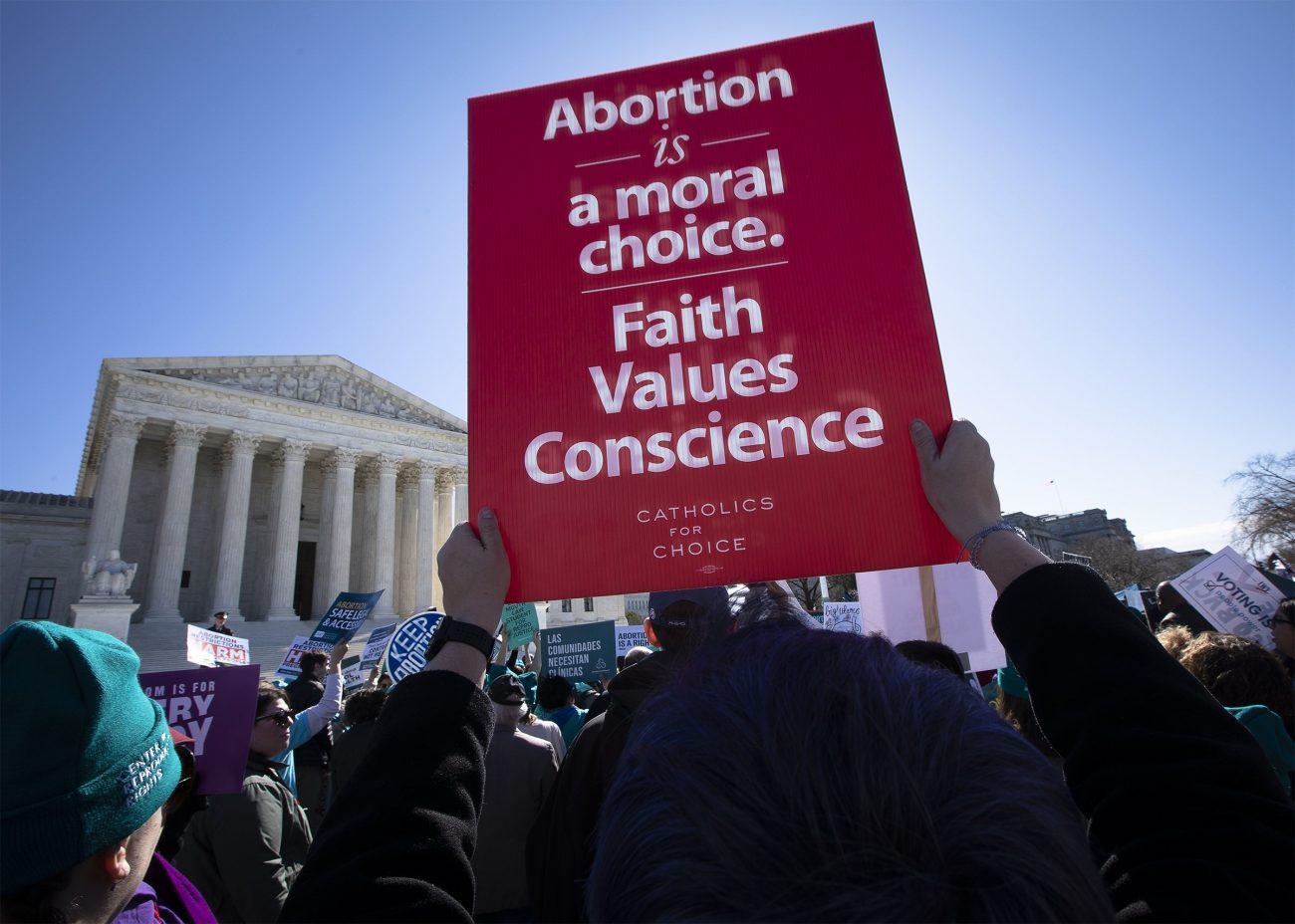 WASHINGTON (CNS) — The refusal by the U.S. House to include the Hyde Amendment and other pro-life riders in appropriations bills before lawmakers passed the measures is an “injustice” that overshadows the provisions that help “vulnerable people,” said the chairmen of two U.S. bishops’ committees.

Late July 29, the House voted 219 to 208 in favor of H.R. 4502, a package of appropriations bills that currently exclude the Hyde, Weldon and Helms amendments and other longstanding, bipartisan-supported pro-life language.

Eliminating these provisions would force taxpayers to pay for elective abortions and would have the effect of forcing health care providers and professionals “to perform and refer for abortion against their deeply-held beliefs, as well as forcing employers and insurers to cover and pay for abortion,” said the U.S. Conference of Catholic Bishops in a news release issued after the vote.

“The House has voted in a way that is completely out of step with the will of the American people who overwhelmingly oppose taxpayer-funded abortion,” the prelates said.

“The Hyde Amendment has saved at least 2.4 million lives since its enactment. Without it, millions of poor women in desperate circumstances will make the irrevocable decision to take the government up on its offer to end the life of their child,” they said.

The now-approved package of spending bills “includes provisions that help vulnerable people, including pregnant moms,” they acknowledged, but “as we have said before, ‘being “right” in such matters can never excuse a wrong choice regarding direct attacks on innocent human life.'”

This “failure to protect and defend life in its most vulnerable stages renders suspect any claims to the ‘rightness’ of positions in other matters affecting the poorest and least powerful of the human community,” they said, again quoting a previous bishops’ statement.

The Hyde Amendment, first enacted with strong bipartisan support 45 years ago, outlaws federal tax dollars from directly funding abortion except in cases of rape, incest or when the life of the woman would be endangered.

Congress must reauthorize the Hyde Amendment annually as an attachment to the appropriations bill for the Department of Health and Human Services. Hyde language also has been part of a dozen spending bills for decades. Until this year, Hyde has been reauthorized every year since 1976.

“The injustice in H.R. 4502 extends to removing conscience protections and exemptions for health care providers who believe abortion is wrong, or whose faith drives them to serve and heal lives, instead of taking them,” Cardinal Dolan and Archbishop Naumann said, referring to the Weldon Amendment, first passed in 2005.

“Funding the destruction of innocent unborn human lives, and forcing people to kill in violation of their consciences, are grave abuses of human rights,” they said.

The cardinal and archbishop called on the Senate “to redress this evil in H.R. 4502, and for Congress to ultimately pass appropriations bills that fully support and protect human dignity, and the most vulnerable among us.”

On July 28, the House voted 217-212 to pass the appropriations bill for the State Department and the U.S. Agency for International Development, H.R. 4373, without the Helms Amendment. Called “the Hyde Amendment for the rest of the world,” it has prohibited using U.S. taxpayer funds to directly pay for abortions in other countries since 1973.

In a July 29 email, U.S. Rep. Chris Smith, R-N.J., a co-chair of the Congressional Pro-Life Caucus, told Catholic News Service that he, Rep. Tom Cole, R-Okla., and other House members “pushed hard in the Rules Committee and in the House debates to defend the unborn and their mothers from the violence of abortion.”

“A total of 14 pro-life amendments were ruled out of order by the Democratic majority,” Smith said in July 27 remarks on the House floor. “All is not lost, however. I remain hopeful — confident — that the Senate will reinstate all current pro-life protections, like the Hyde Amendment.”

Before the full House took up the spending bills for fiscal year 2022, the House Appropriations Committee had spent the previous weeks marking up the bills on largely party-line votes to advance them to the House floor.

In marking them up, committee members left out the Hyde, Weldon and Helms amendments.

Their actions after President Joe Biden released his proposed budget May 28 without the Hyde Amendment, a move decried by the U.S. Catholic bishops, the Catholic Health Association, several national pro-life organizations, and Smith and many other pro-life House members.

Other pro-life reaction to the House’s July 29 vote included a statement from Jeanne Mancini, president of March for Life, who criticized “pro-abortion Democrats” for eliminating provisions that “protect the American public from funding or providing abortions against their will.”

“Consistent polling shows that a majority of Americans want these protections” she said in a July 29 statement. “It is time codify these popular and common-sense riders into law by passing the No Taxpayer Funding for Abortions Act. No one should be forced to compromise their values, but especially not on this life-or-death issue.”

Mancini was referring to the proposed No Taxpayer Funding for Abortion and Abortion Insurance Full Disclosure Act of 2021, or H.R. 18, which would make Hyde and similar provisions permanent. Smith is the author of the bill, which has 166 co-sponsors.

Supreme Knight Patrick Kelly said the House vote “to make taxpayers pay for abortions is both an assault on the dignity of life and contrary to the wishes of most Americans.” He cited the results of Knights of Columbus/Marist polling this year showing “that 58% of Americans oppose the use of taxpayer-funding for abortions … affirming over a decade of previous polling data.”

“We urge the Senate to include the Hyde Amendment and other similar provisions as they undertake the appropriations process and for the full Congress to ultimately pass spending bills that affirm this bipartisan desire of the American public,” Kelly said.

“We call on all legislators, especially our fellow Catholics, to have the courage to make a stand for conscience and to not force every tax-paying American to pay for the destruction of innocent life in the womb,” he said.

Jennifer Popik, legislative director of National Right to Life, said the Hyde Amendment “has proven to be the greatest domestic abortion-reduction measure ever enacted by Congress. … (It) is widely recognized as having saved over two million American lives since it was first adopted in 1976.”