Bishops thank those who lobbied Parliament against abortion proposals 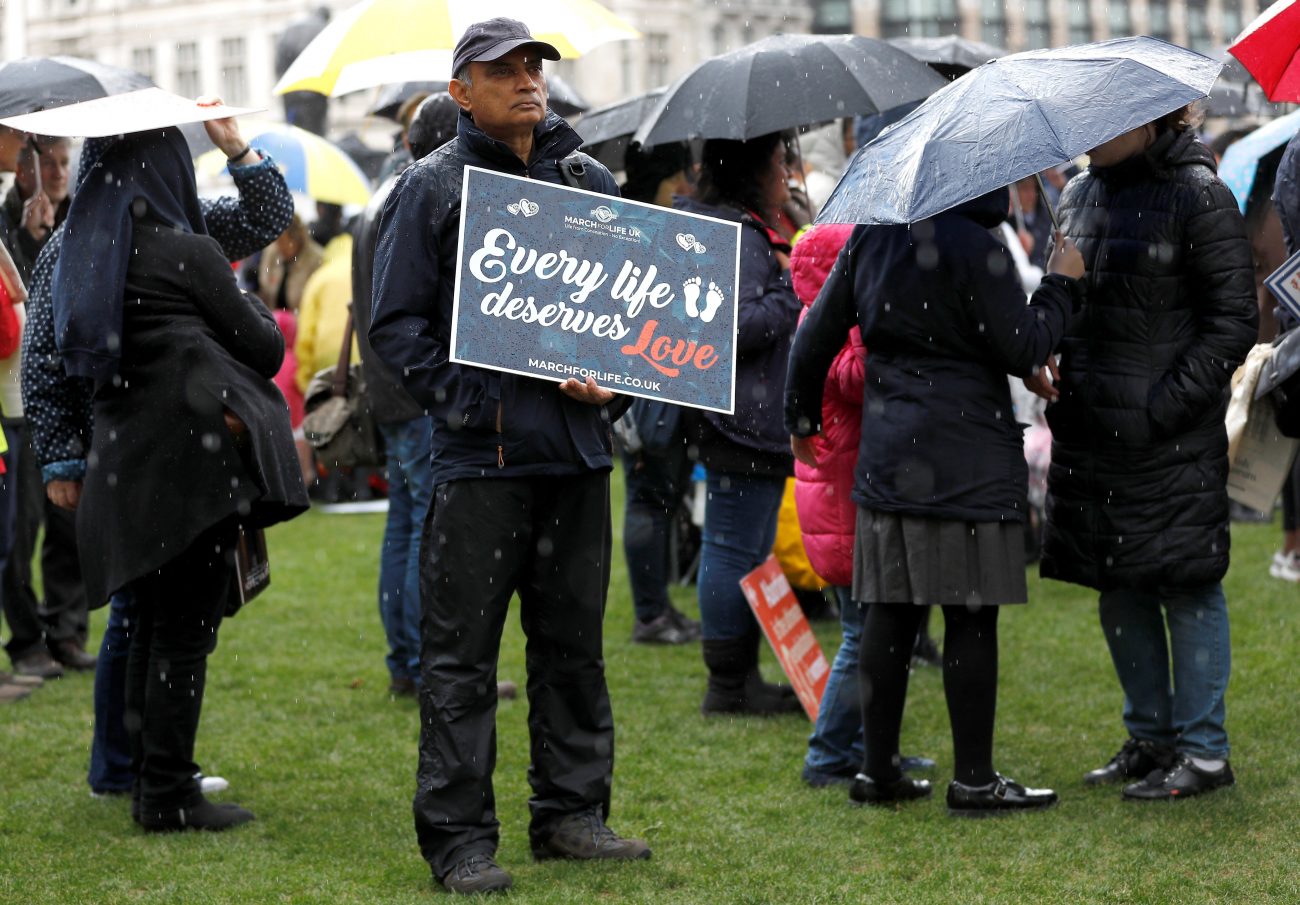 A pro-life demonstrator holds a placard during the March For Life rally in London May 11, 2019. English and Welsh Catholic bishops expressed relief after members of the House of Commons withdrew proposals to legalize abortion on demand up to birth and to make it a crime to protest outside an abortion clinic. (CNS photo/Peter Nicholls, Reuters)

MANCHESTER, England (CNS) — English and Welsh Catholic bishops expressed relief after members of the House of Commons withdrew proposals to legalize abortion on demand up to birth and to make it a crime to protest outside an abortion clinic.

Two amendments to the Police, Crime, Sentencing and Courts Bill were withdrawn by their sponsors when it became obvious during a July 5 debate in the House of Commons that they would be defeated.

Afterward, Auxiliary Bishop John Sherrington of Westminster, the lead bishop for life issues of the Bishops’ Conference of England and Wales, said he was grateful to “the thousands of people who lobbied MPs (Members of Parliament) and helped to prevent dangerous amendments to the bill from moving forward.”

He said the attempt to decriminalize abortion “would have swept away the few protections remaining for the unborn child and enabled abortion on demand as well as removing the possibility of the doctors’ conscientious objection.”

“We must stay vigilant to attempts to widen access to abortion by hijacking other bills,” he said in the July 6 statement.

The bill, a reform of the criminal justice system aimed especially at countering violent crime, is undergoing its third reading in the House of Commons, after which it will be referred to the House of Lords, before it passes into law.

Under the Abortion Act 1967, abortions are permitted in Britain within the first 24 weeks of pregnancy when two doctors are satisfied that certain criteria are met. Prosecutions under the Offences Against the Person Act 1861 are possible, but extremely rare, if such criteria are not met.

On July 4, Bishop Sherrington appealed to Catholics to contact their elected representatives to oppose the amendments. During the debate, legislators spoke of the vast numbers of people who had urged them to vote against the measures.

Diana Johnson, who introduced the amendment to decriminalize abortion, also received a letter July 5 from more than 800 medical professionals asking her not to take her proposal to the vote.

“Your proposal to allow abortion up to birth in this country would be to attack the heart of the medical profession — our core duty to protect life whenever and wherever possible,” they told her. “Such an extreme and radical abortion law has no place in the U.K.”

NEXT: Indian Jesuit imprisoned on ‘terrorism charges’ dies in hospital