CRS gradually restores services in Haiti amid series of crises 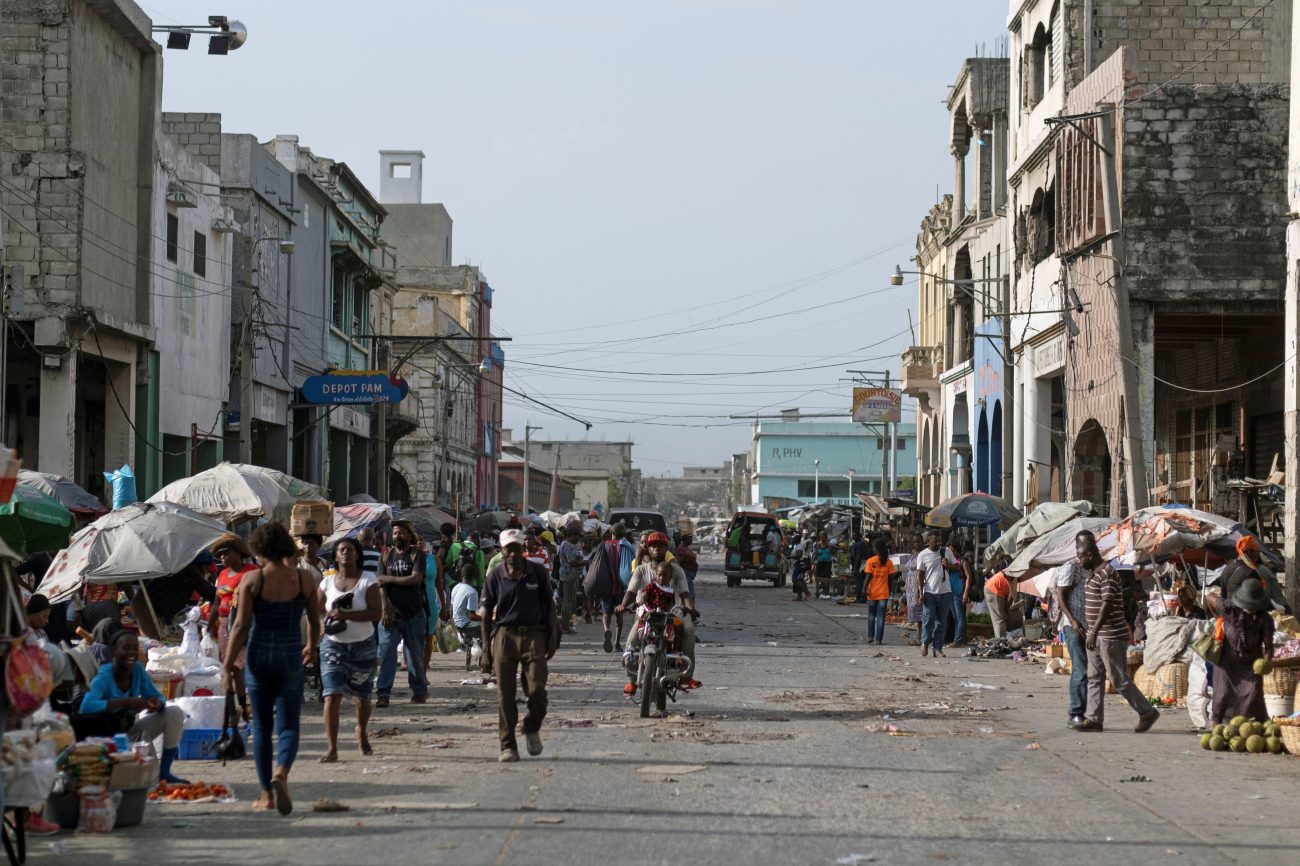 (CNS) — A series of debilitating crises in recent weeks — from a surge in COVID-19 cases to the assassination of a president — has left Haiti reeling again in uncertainty and forced Catholic Relief Services to curtail its outreach efforts.

“As I told someone, this is like the perfect storm. Everything is coming together to put people on their knees,” Akim Kikonda, CRS’ country representative in Haiti, told Catholic News Service July 14.

Beyond the pandemic, Kikonda pointed to rising gang violence in neighborhoods primarily in and around Port-au-Prince, the capital, and damage from Tropical Storm Elsa, which swept through southern Haiti and the Dominican Republic July 3, tearing off roofs, downing trees and flooding farms.

Four days after the storm, in the early hours of July 7, 28 foreign mercenaries, including specially trained Colombian soldiers, assassinated President Jovenel Moïse, creating a deeper vacuum in the country’s governance.

Kikonda said any one of the occurrences would pose serious challenges to daily life, but that the back-to-back crises the country is facing is paving the way to a deepening humanitarian crisis.

The number of reported cases of COVID-19 in the Western Hemisphere’s poorest nation surged in June, to its highest level in a year, according to data compiled by the Johns Hopkins University Coronavirus Resource Center.

A positive development is that coronavirus cases have receded in July. The country’s Ministry of Health announced July 14 that the United States would be sending 500,000 vaccine doses through COVAX, the World Health Organization-backed initiative to share COVID-19 vaccines across the globe.

“That was disrupted by the assassination,” Kikonda said. Negotiations on finalizing the contract were expected to resume July 16 so that such services could begin as soon as possible.

CRS, the U.S. bishops’ overseas relief and development agency, also will be supporting initiatives in collaboration with other humanitarian organizations to raise awareness about the importance of being vaccinated.

Meanwhile, fighting among gangs has displaced 13,000 people and forced businesses to close and street-side vendors to retreat to their homes, Kikonda said.

“People are sleeping in sports centers and community shelters. Small businesses were looted and destroyed. Now the people have to depend on aid, which they didn’t a few weeks ago,” he told CNS.

Such violence, couples with Moïse’s assassination, caused CRS leaders to suspend programming throughout Haiti and order agency employees to stay at home, Kikonda said. The order covered all three CRS offices — in Port-au-Prince, and Les Cayes and Jeremie on the southwest peninsula.

Kikonda said he heard “a lot of shooting” near his home in Petionville, the same community where Moïse lived, soon after the assassination occurred. “That was a clear indication that it wasn’t safe,” he said.

The agency’s offices on the peninsula reopened July 12, while the staff in Port-au-Prince returned the next day.

“Since we reopened, we’re seeing people in need and people depending on aid,” Kikonda explained. “They’re not able to receive assistance. So we are really trying our best to resume our operations to be able to reach and serve them.”

Because of the violence, CRS staff has delayed sending teams to assess damage to the small farms in Elsa’s path. Kikonda expressed concern that when the teams eventually visit farmers — likely beginning the week of July 19 — they will see that “some of the efforts we have put into building these people’s livelihoods and fields have been destroyed by the storm.”

Programming in schools also has been put on hold because of the back-to-back crises. CRS staff members go into schools to help students in early grades to improve reading and writing skills.

“We are waiting for our people to travel safely to reestablish contacts with the schools we serve,” Kikonda said.

The violence harms the people most in need, especially those who normally struggle to obtain food, hygiene supplies and health care, the CRS representative added.

“So our plea with everyone is to talk about this and how, under this time of transition, to make sure people in the country can get back to their normal life and be able to go back to be themselves. That’s what we need. That’s what we are advocating for. That is our plea,” Kikonda said.

“If people can drop the guns, to quote the Haitian Catholic bishops, and sit around the table and speak peacefully, that will help everyone and that will allow us to do what we are here to do.” 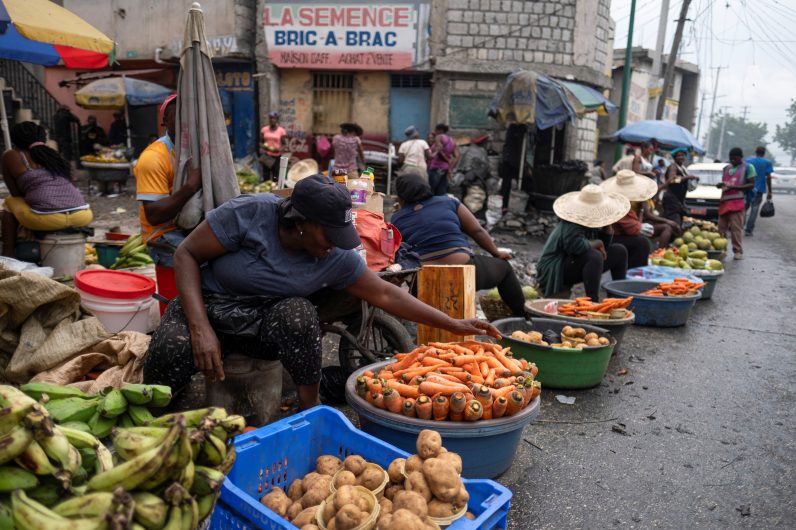