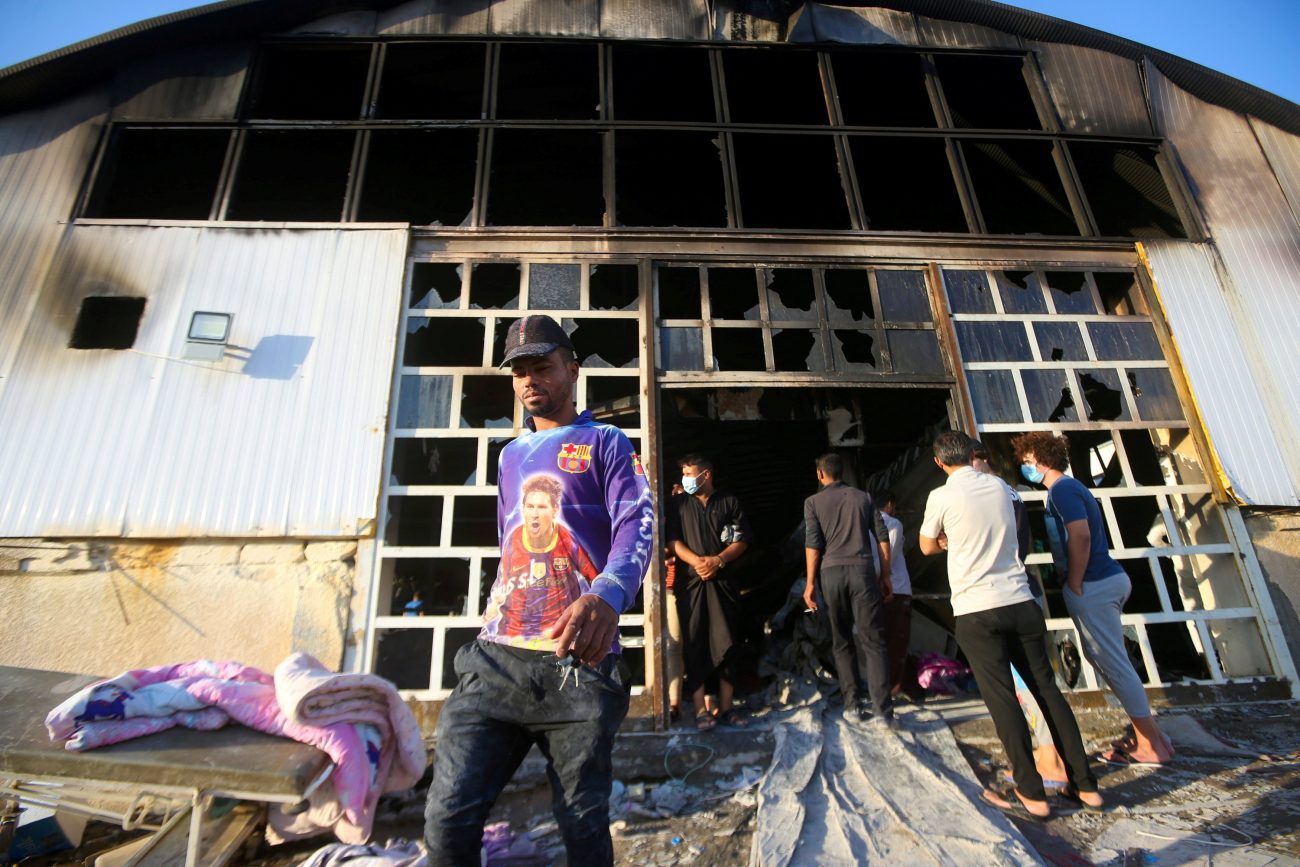 People inspect the damage after a fire broke out at al-Hussein Teaching Hospital in Nasiriya, Iraq, July 13, 2021. Pope Francis offered his prayers and condolences after the fire at in the hospital's COVID-19 ward left at least 64 people dead. (CNS photo/Essam al-Sudani, Reuters)

UPDATED – VATICAN CITY (CNS) — Pope Francis offered his prayers and condolences after a fire at in a COVID-19 hospital ward in Iraq left at least 64 people dead.

“His Holiness Pope Francis sends the assurance of his spiritual closeness to all affected by the tragic fire at the COVID isolation ward of the al-Hussein hospital in Nasiriyah,” said a telegram sent by Cardinal Pietro Parolin, Vatican secretary of state, to Archbishop Mitja Leskovar, the Vatican nuncio to Iraq.

“Deeply saddened, he prays especially for those who have died and for the comfort of their families and friends who mourn their loss. Upon the patients, staff and caregivers, he invokes God’s blessings of consolation, strength and peace,” said the message, which the Vatican released July 13.

In a July 13 statement from the patriarchate in Baghdad, Cardinal Sako said that “the church, as it offers condolences and sympathy to the relatives of the victims, expresses its closeness to them, and its prayers so that God may bestow his mercy on the victims.”

Cardinal Sako expressed hope that “this national catastrophe” will “awaken the conscience of Iraqi officials to be freed from their absurd struggles.” Now is the time, he urged, “to fortify ourselves, join hands and bear the responsibility to pass this difficult stage, so that the country will rise, in safety, stability and with the provision of services” so that such disasters will not be repeated.

Associated Press reported that in addition to the 64 people reported dead as of July 13, officials said more than 100 people were injured in the blaze July 12 at the coronavirus ward of al-Hussein Teaching Hospital.

Officials initially had said the fire was caused by an electric short circuit, AP reported, but another official told the agency the blaze erupted when an oxygen cylinder exploded. The COVID-19 ward opened three months ago and had 70 beds.

NEXT: Pope released from hospital, prays at Rome basilica