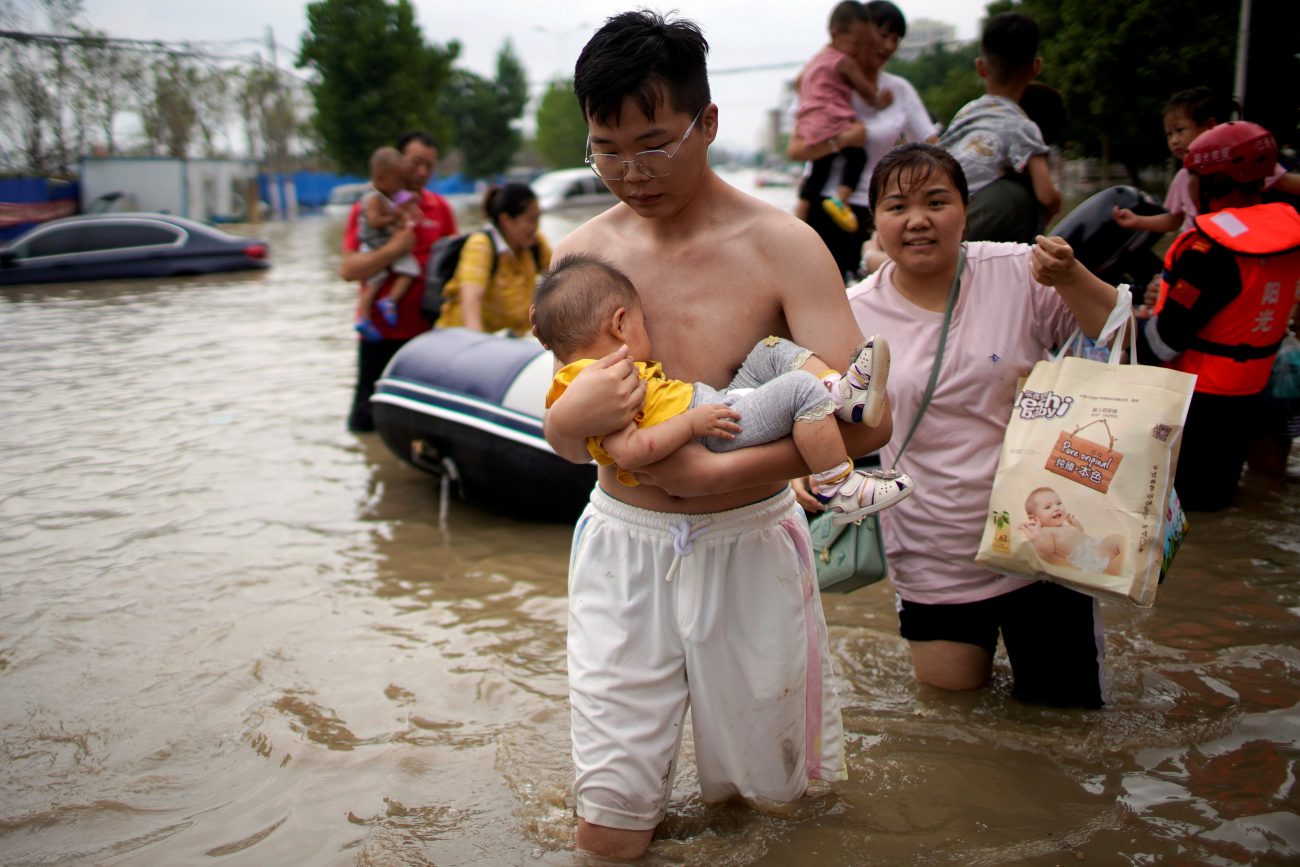 VATICAN CITY (CNS) — After record rainfall in central China left dozens dead and forced more than 1 million people to relocate, Pope Francis prayed for all those affected by the disaster.

After praying the Angelus with visitors in St. Peter’s Square July 25, the pope commented on the torrential rains that triggered flash floods in the city of Zhengzhou and in Henan province.

“I pray for the victims and their families and express my closeness and solidarity with all those who are suffering due to this calamity,” he said.

While the rains have stopped, some neighborhoods were still flooded and others were cut off from roads, requiring aid and supplies to be brought in by helicopter. Emergency workers were trying to close breaches along the river and gaps in the flood dikes while residents continued to clear away mud and debris, according to the Associated Press.