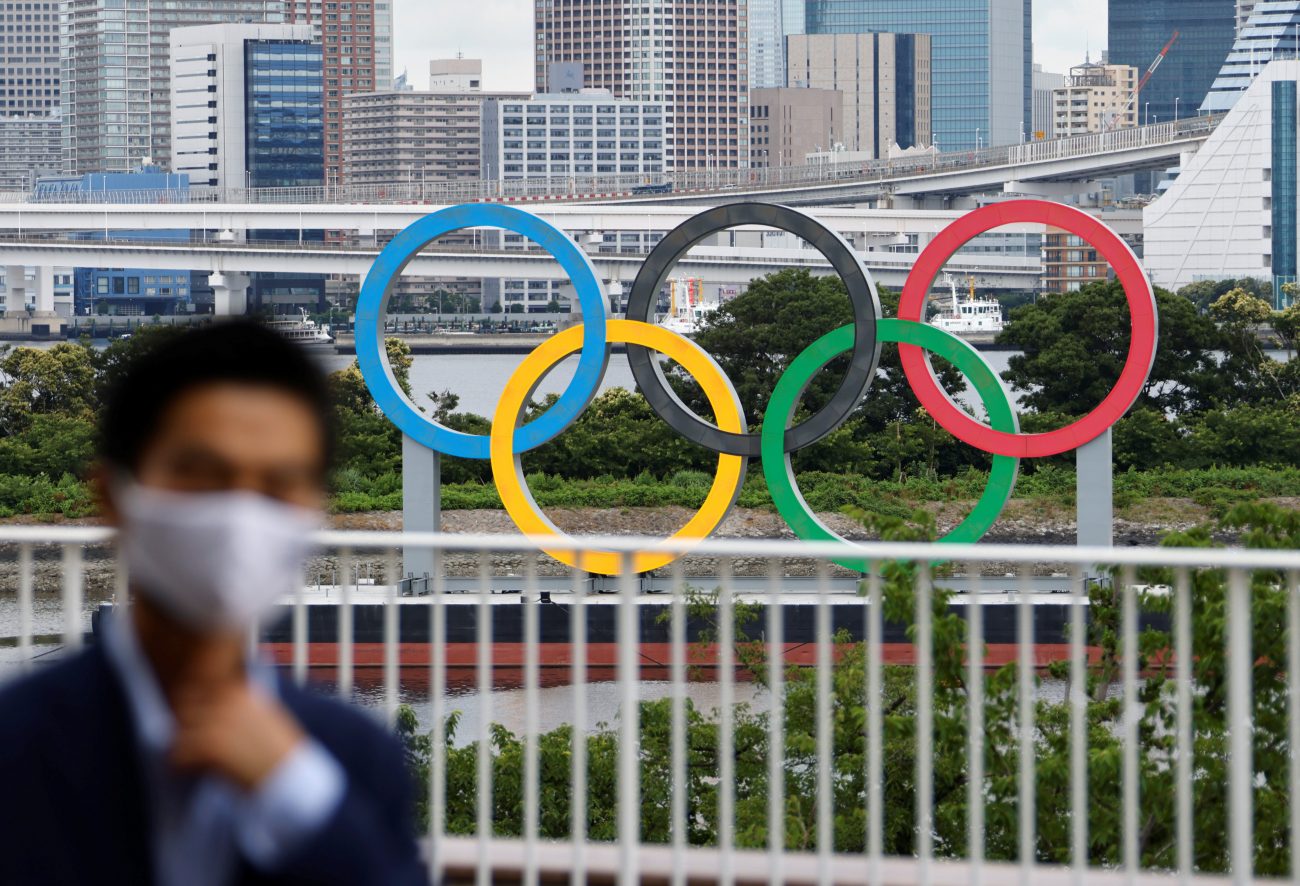 A man wearing a protective mask walks past the Olympic Rings in Tokyo June 27, 2021, ahead of the upcoming Olympic and Paralympic Games, postponed from 2020 due to the COVID-19 pandemic. (CNS photo/Fabrizio Bensch, Reuters)

TOKYO (CNS) — The Tokyo Archdiocese says it will maintain infection control measures despite the Japanese government having lifted the COVID-19 state of emergency in many cities ahead of the upcoming Olympic and Paralympic Games.

Tokyo Archbishop Tarcisio Isao Kikuchi said Catholics would remain on their guard following the government’s easing of restrictions, reported ucanews.com. He said pandemic control measures will be in place in areas covered by the Tokyo Archdiocese, which expects many people will visit the metropolitan area during the Olympics and Paralympics.

Following safety protocols, only a limited number of people will be allowed to enter churches, and they have to keep a one-meter distance from each other. Without such a measure, church services cannot take place.

Churches must also ensure sufficient ventilation during Mass, while all Massgoers are urged to leave church premises promptly after Mass and should refrain from greeting and talking to one another.

Each parish will keep track of Mass participants to follow instructions from the Health Ministry to tackle a situation in the event of a COVID-19 outbreak, ucanews.com reported. The archbishop said he would continue with a dispensation of the Sunday Mass obligation.

In mid-June, Japan announced the lifting of its third state of emergency in nine prefecture-level cities. However, seven areas, including Tokyo, the Olympics’ host city, and Osaka will remain under quasi-emergency measures until July 11. Only Okinawa Prefecture remains in a state of emergency.

The postponed Olympic Games are set to begin on July 23 and the Paralympics Aug. 24. Japan has banned foreign spectators from attending the global sporting events, but the government will allow about 10,000 local spectators under strict health and physical distancing rules.

NEXT: Vatican secretary of state urges Catholic Church in Germany to unite