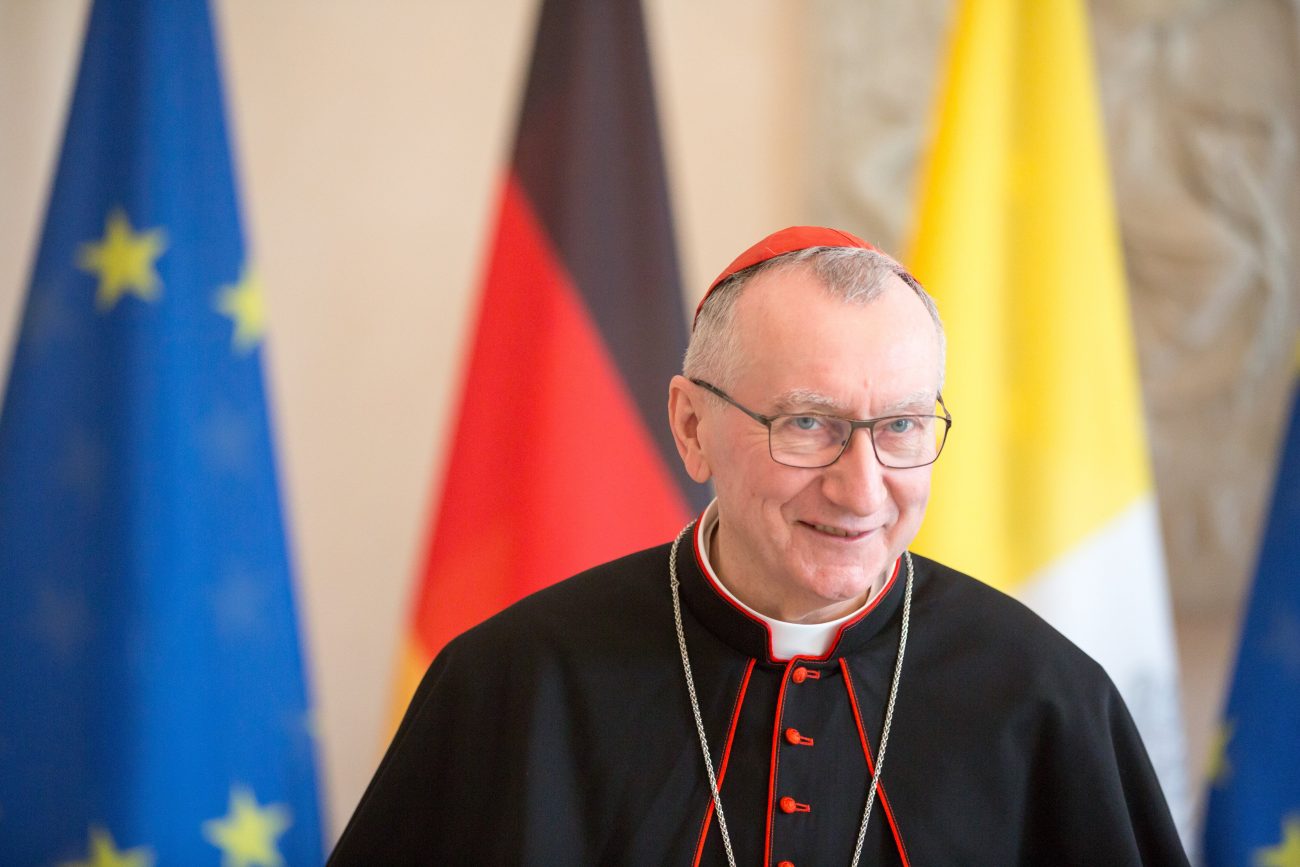 Cardinal Pietro Parolin, Vatican secretary of state, is pictured during a visit to Berlin June 29, 2021. Cardinal Parolin has called on the Catholic Church in Germany to be more united. (CNS photo/Gordon Welters, KNA)

Addressing several German bishops during a church service June 29, Cardinal Parolin referred to Pope Francis’ 2019 letter on the Synodal Path of the Catholic Church in Germany, reported the German Catholic news agency KNA. This reform dialogue deals with controversial issues such as Catholic sexual morality, priestly life, power and the separation of powers as well as the role of women in the church.

Cardinal Parolin urged the church in Germany “to return to a unity that does not depend on agreeing to common orientations, as is usual in politics, but on being rooted in God.” He opposed “reducing togetherness to only one particular part, however relevant and significant it may be.”

KNA reported that among those attending the service were Limburg Bishop Georg Bätzing, president of the German bishops’ Conference; Cardinals Reinhard Marx of Munich and Freising and Rainer Maria Woelki of Cologne; Berlin Archbishop Heiner Koch; and several other German bishops.

Bishop Bätzing had an audience with Pope Francis at the Vatican June 24 and said afterward that the pope had encouraged the Catholic Church in Germany to “continue on the Synodal Path.” He said he had assured Pope Francis that the church in Germany did not want to take any special paths with its reform project.

Cardinal Parolin’s visit marked the celebration of the centenary of the beginning of diplomatic relations between the Vatican and Germany.

A spokeswoman for Steinmeier said the president had discussed current political developments with Cardinal Parolin. She said the president had expressed his concern about the growing loss of confidence in the Catholic Church due to the handling of clergy sex abuse and emphasized how important religious communities were for social cohesion.