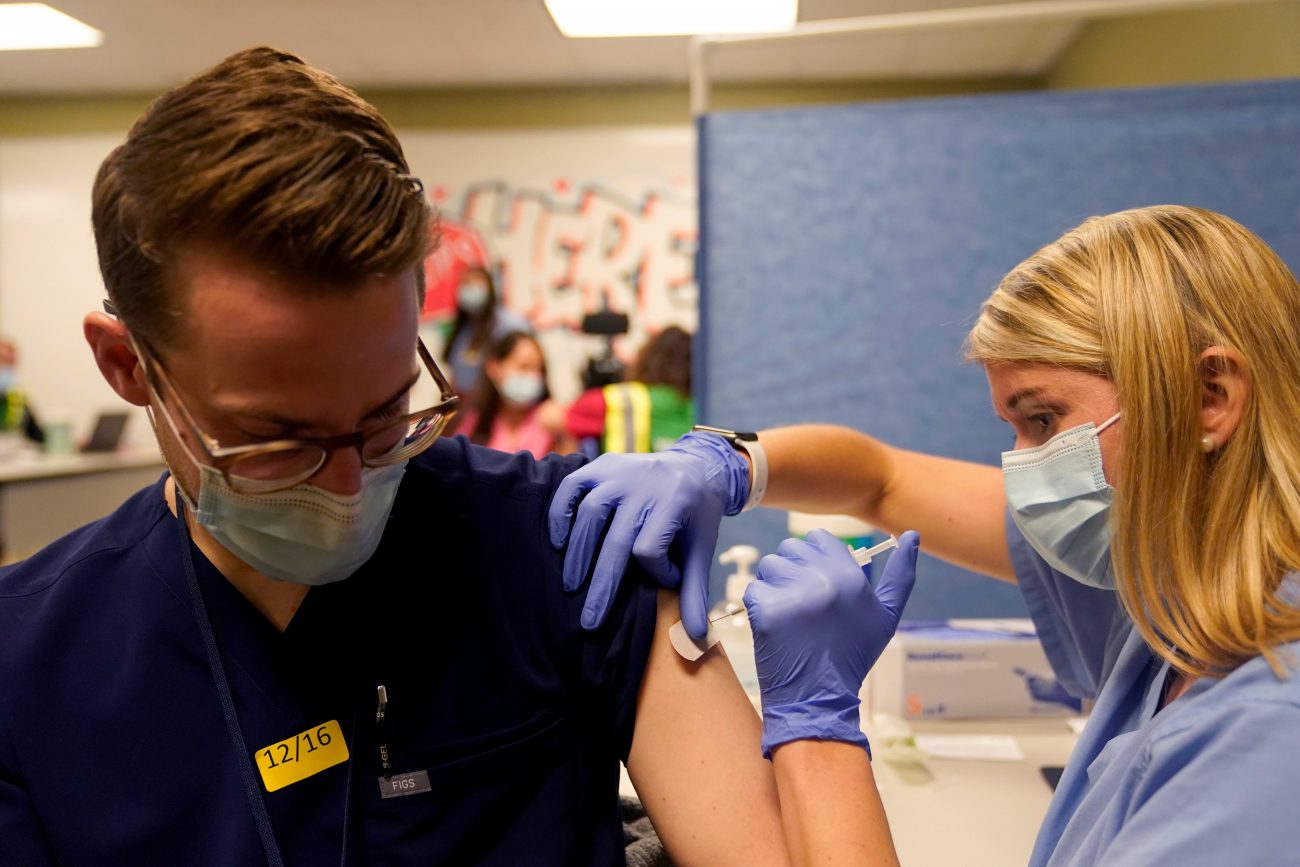 WASHINGTON (CNS) — The Supreme Court announced Aug. 12 that it will not hear an appeal from a group of students at Indiana University who are opposed to the university’s COVID-19 vaccine mandate.

The students’ challenge was directed to Amy Coney Barrett, the justice who receives emergency petitions from that region of the country.

She denied the appeal and there were no noted dissents from other justices. The court did not issue a separate order or provide any explanation but simply indicated that Barrett denied the appeal.

The group of eight students was seeking an emergency order against the university’s vaccine policy, saying the risks associated with the vaccines outweighed the benefits for their age group.

“Protection of others does not relieve our society from the central canon of medical ethics requiring voluntary and informed consent,” the students’ petition said.

The case, Klaassen v. Trustees of Indiana University, is the first involving COVID-19 vaccine requirements to come before the Supreme Court.

Indiana University announced in May that it was requiring all faculty, students and staff to be vaccinated for the fall semester unless they qualified for a medical or religious exemption.

The student group challenged the constitutionality of this mandate in federal court.

In July, a federal District Court judge in Indiana rejected the students’ request to block the school’s vaccine mandate saying the school had the right to seek “a reasonable and due process of vaccination in the legitimate interest of public health for its students, faculty, and staff.”

The judge also said students have other options such as applying for vaccine exemptions, taking the semester off, taking classes online or going to another school.

On Aug. 2, the 7th U.S. Circuit Court of Appeals, based in Chicago, agreed with the opinion of the District Court judge and refused to bar the university’s vaccine mandate saying it did not violate a constitutional right.

Circuit Judge Frank Easterbrook brought up a Supreme Court ruling in 1905 which said that states could enforce vaccination mandates during the smallpox epidemic. That mandate at the time was even more strict, he pointed out, because it did not include a religious exemption.

Although most plaintiffs in these cases are students, The Wall Street Journal pointed out that a George Mason University law professor is suing his school over its policy of denying merit pay increases to unvaccinated faculty members.

Dr. Anthony Fauci, director of the National Institute of Allergy and Infectious Diseases, said on MSNBC’s “Morning Joe” Aug. 10 that he supports schools and colleges requiring COVID-19 vaccines as the school year begins amid a surge in coronavirus cases.

“I know that people must like to have their individual freedom and not be told to do something, but I think we’re in such a serious situation now that I think in certain circumstances, mandates should be done,” he said.

A list frequently updated by The Chronicle of Higher Education shows that as of Aug. 10, 681 college campuses have a COVID-19 vaccine requirement in place for students or students and employees.

St. Edward’s University in Austin, Texas, was one of the first colleges to announce in late March that it was requiring students and faculty to be vaccinated for COVID-19. It said it would provide an exemption for students and employees “related to religious beliefs, underlying medical conditions.”

Other colleges that were quick to join this list were: Georgetown University in Washington, Holy Cross College in Worcester, Massachusetts, Loyola University Chicago and Seattle University, to name a few.

Students at The Catholic University of America in Washington will not be required to be vaccinated but instead have been “strongly encouraged” to get the vaccine.

Similarly, Barry University, a Catholic college in Miami, is not requiring but strongly encouraging its school community to be vaccinated. Those who are not vaccinated need to wear face masks and do a daily symptom self-check, the school’s website says. North Carolina’s Belmont Abbey College also is not requiring students to get COVID-19 vaccinations and it will not require face masks or social distancing.

Some college officials have said they will impose a vaccination requirement once the vaccines gain full approval from the Food and Drug Administration since the vaccines currently have only emergency-use authorization.

Fauci said on the MSNBC program that there is no doubt the vaccines will get full FDA approval.