U.S. bishops’ Labor Day statement calls for economy that works for all 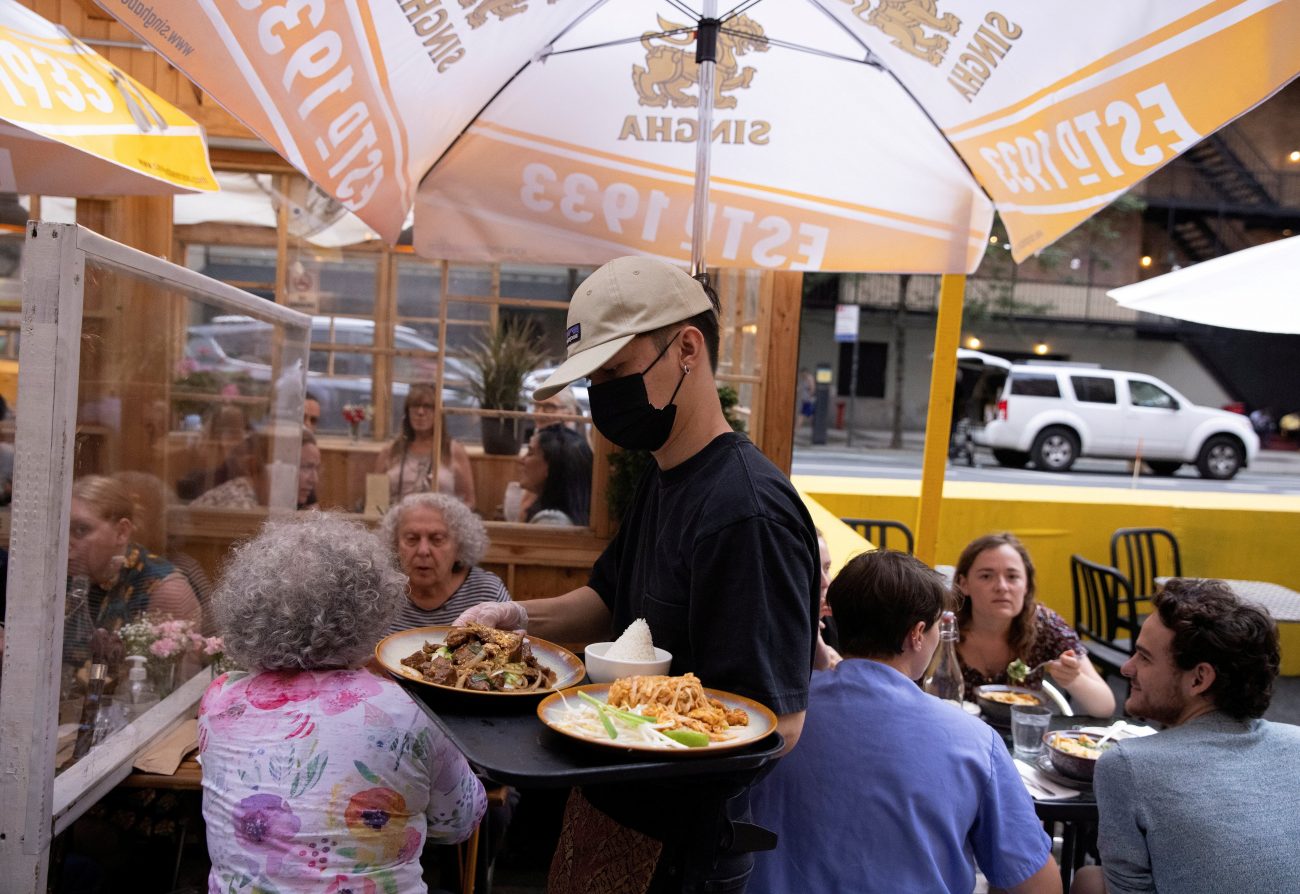 WASHINGTON (CNS) — The “present ills of our economy” invite Catholics to reflect on ways to propose new and creative responses to vital human needs in a post-pandemic world, said Archbishop Paul S. Coakley of Oklahoma City, chairman of the U.S. bishops’ Committee on Domestic Justice and Human Development, in the U.S. bishops’ annual Labor Day statement.

Acknowledging that the economy is showing signs of recovery despite the continuing pandemic, Archbishop Coakley said the current time presents an opportunity to “build a consensus around human dignity and the common good.”

But despite signs of an economic recovery, he said in the statement released Sept. 2, millions of Americans continue to struggle financially because of unemployment, poverty and hunger made worse by the coronavirus pandemic.

(Read the full statement: “A Dream for a Better Economy”)

“There are still many uncertainties around this pandemic; however, we do know that our society and our world will never be the same,” the archbishop said.

Archbishop Coakley credited and thanked the many workers “who have kept our country functioning during these trying times and worked under difficult and often underappreciated conditions.”

“We also pray for those who lost or continue to lack resources or income, as research indicates 47% of adults experienced employment income loss” from March 2020, when pandemic shutdowns began, and February 2021, he said.

Archbishop Coakley also pointed out that more than 600,000 people have died of COVID-19 in the United States.

“It is especially heartbreaking that up to 43,000 minor children in the U.S. have lost a parent as a result of the pandemic. The families who lost a breadwinner are now more financially vulnerable, with a projected 42 million people in the United States experiencing food insecurity this year, including 13 million children,” he said.

Such concerns, the statement continued, point to the need to heed the words of Pope Francis in his encyclical “Fratelli Tutti, on Fraternity and Social Friendship,” where he shared a vision for the post-pandemic world “that aspires to a global fraternity which leaves no one at the margins of society.”

“He decries the reality that women are not yet recognized as having the same dignity as men, that racism shamefully continues, and that those who are poor, disabled, unborn, or elderly are often considered dispensable,” the archbishop said.

Further, the archbishop explained, the pope has stressed that such a “universal fraternity” can be realized “when our social and economic systems stop producing victims.”

Noting that the pope has reflected that the answer to economic inequality lies not in neoliberalism or the financial markets themselves, but in “proactive policies centered on the common good,” Archbishop Coakley said.

Instead, he added, the pope in his 2020 book “Let Us Dream” promotes a “new ethos” around economic thinking based on the work of economists Mariana Mazzucato and Kate Raworth.

Quoting from the book, the statement said the economists’ “ideas formed from their experience in the periphery reflecting a concern about the grotesque inequality of billions facing extreme poverty while the richest one percent own half of the world’s financial wealth.”

In the book, the pope also said that he sees thinking that is “not ideological, which moves beyond the polarization of free market capitalism and state socialism and which has at its heart a concern that all of humanity have access to land, lodging, and labor. All of these speak to priorities of the Gospel and the principles of the church’s social doctrine.”

Going forward, Archbishop Coakley, cited the second reading from Sunday Masses prior to Labor Day where St. James “tells us that we become judges with evil designs when we remain distant from the poor.”

“Pope Francis has made a similar point as he observes that we sometimes justify our indifference to the poor by looking the other way and living our lives as if they simply do not exist. Not only are our actions insufficient, but our sight as well, when we ignore the poor and do not allow their pleas to touch our hearts,” he said.

He invited Catholics to accept the challenge of “reemerging from this crisis with an economy that works for all of God’s children.”

He also urged people to pray for those who have died during the pandemic, people who are ill, those who have lost their jobs and for a final end to the crisis.

In addition, the archbishop called on people to “do what we can to protect ourselves, our loved ones and our communities from rising infections.” And he suggested that people find time to volunteer or donate at a local parish, with Catholic Charities or a Catholic Campaign for Human Development-funded organization working to rebuild communities.

“Finally, let us engage in building ‘a better kind of politics’ by entering into dialogue with elected officials, calling them to an authentic politics that is rooted in the dignity of the human person and promotes the common good.”

NEXT: Former Cardinal McCarrick pleads not guilty to sex abuse