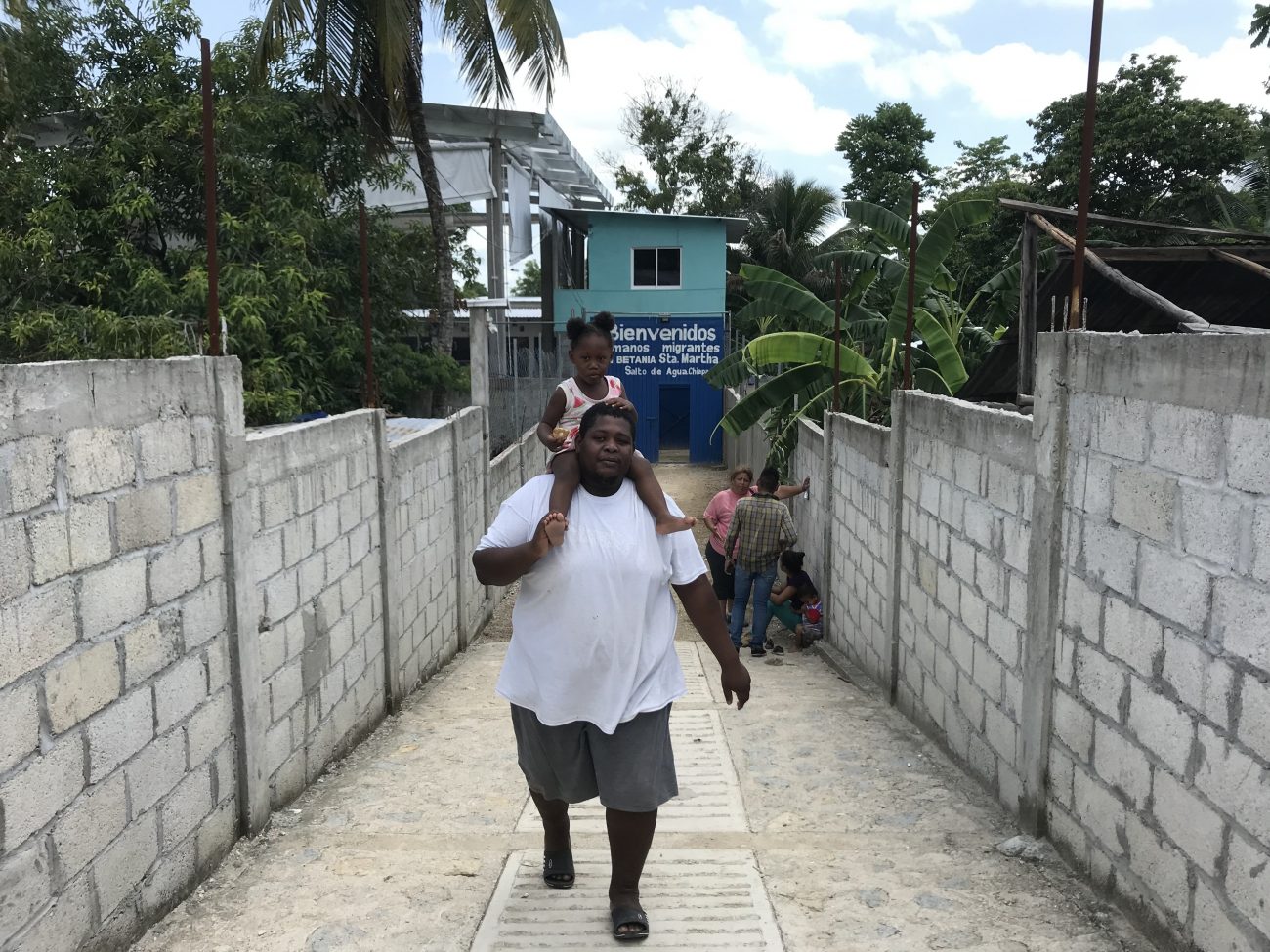 Elquin Castillo is seen near Casa Betania Santa Martha June 29, 2019, in Salto de Agua, Mexico. In October 2021, the shelter was raided twice within a week by armed individuals claiming to be government officials, but none of the individuals had IDs. (CNS photo/David Agren)

MEXICO CITY (CNS) — A Catholic migrant shelter in southern Chiapas state said unidentified individuals forced their way into the premises — the latest act of intimidation against migrant defenders in the region.

A statement from a collective of human rights groups and the Casa Betania Santa Martha shelter said eight individuals claiming to be from the state prosecutor’s office — all armed, but with no IDs — arrived at the premises on the evening of Oct. 12, demanding entrance to check on the whereabouts of a missing child.

The armed individuals gained entrance after threatening staff, and several pointed their weapons at a psychologist, forcing her to provide information from the shelter register.

A migrant not identified for safety reasons was also threatened. The person’s phone was reviewed by the armed individuals. The armed individuals left after not finding the supposed missing child, according to the statement. Local police and civil protection officials also appeared on the scene, but did nothing.

In an interview with Catholic News Service, Franciscan Sister Diana Muñoz, shelter director, said another group of 14 individuals returned Oct. 15 dressed in municipal police uniforms — after the Franciscan sisters managing the shelter had left for the day. The uniformed men said they were responding to reports of the incursions at the shelter. The shelter’s doorman, Sister Muñoz said, recognized four people from the previous armed incursion.

The unwelcome incursions marked the latest hostilities against the Casa Betania Santa Martha shelter, a project of the Society of the Divine Word and Franciscan Missionaries of Mary; it serves weary migrants often arriving on foot after walking clandestine paths from Guatemala.

“The migrant shelter is a stone in their shoe,” Sister Muñoz said of the public officials threatening the shelter. “That’s what is at the bottom of this.”

The incursions come as the U.S. government responds to large numbers of migrants arriving at the U.S.-Mexico border and continues to pressure Mexico to slow the stream of migrants traveling through its territory.

The shelter in Salto de Agua, also in Chiapas, has come under scrutiny before from public officials, including incursions in 2019.

In a 2019 interview, Sister Muñoz described rampant human trafficking in the region. She said public officials and smugglers often acted in cahoots, while an economy has emerged of providing migrants with services such as transportation at exorbitant prices.