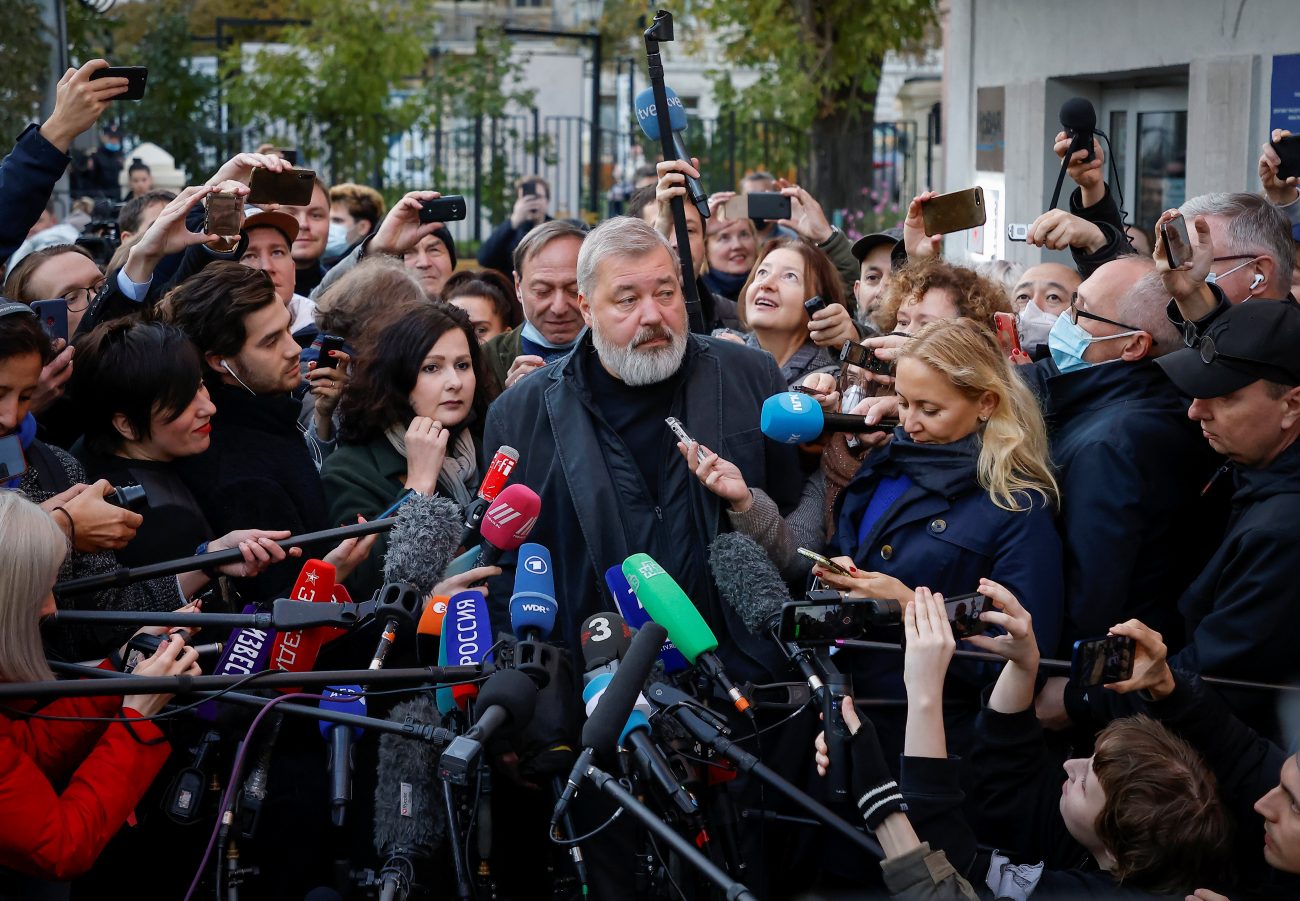 MANILA, Philippines (CNS) — Bishops in the Philippines and Russia congratulated journalists Maria Ressa and Dmitry Muratov for being awarded the 2021 Nobel Peace Prize.

Congratulating Ressa Oct. 10, the Catholic Bishops’ Conference of the Philippines highlighted the importance of media freedom in the Catholic faith, reported ucanews.com. She was the first Filipino to be awarded the Nobel Peace Prize.

In Moscow, the secretary-general of the Russian bishops’ conference welcomed the award for Muratov, six of whose colleagues were murdered for investigative work, and said the honor highlighted the importance of “seeking out the truth” in his country.

The Nobel Prize Committee announced Oct. 8 that Ressa and Muratov would share this year’s prize for their “efforts to safeguard freedom of expression, which is a precondition for democracy and lasting peace.”

Jesuit Father Stephan Lipke, Russian bishops’ spokesman, said the award “shows the Nobel jury cares about what Pope Francis never tires of emphasizing — that we are all responsible for our human coexistence.”

He told Germany’s Catholic news agency, KNA, the pope “also said we urgently need people who courageously and sincerely seek the truth, to whom human dignity and justice are important. We want such people in our own society and church.” 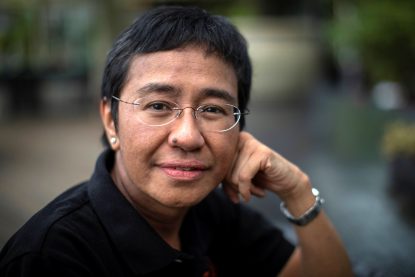 Journalist and Rappler CEO Maria Ressa, one of 2021 Nobel Peace Prize winners, poses during an interview in Manila, Philippines, Oct. 9, 2021. The Catholic Bishops’ Conference of the Philippines has congratulated Ressa on being the first Filipino to be awarded the Nobel Peace Prize. (CNS photo/Eloisa Lopez, Reuters)

Archbishop Romulo Valles, president of the Catholic Bishops’ Conference of the Philippines, said in his message to Ressa: “Recent popes have, on occasion, highlighted the important role that the press plays in gauging the health of a healthy democratic society.

“For journalists, their work has become more and more difficult because of the level of disinformation and fake news that continue to spread through social communications.

“The vocation and mission, therefore, of members of the press (as envisioned by our popes) is to contribute not only for the search for truth but, more importantly, to help build a culture of dialogue,” said the message on behalf of the bishops. 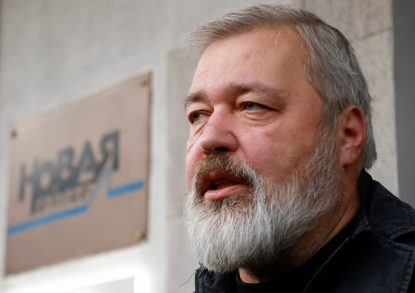 The bishops praised Ressa for her bravery in responding to modern challenges in journalism, particularly in social media.

“We are grateful that Ms. Ressa, together with many of the distinguished and dedicated members of the fourth estate, have discerned the signs of the times and have valiantly responded and continue to respond to this particular invitation,” they said.

“This important recognition — the first for a Filipino — will hopefully strengthen our people’s conviction to build a nation where journalism is free, at the service of truth, goodness and justice.”

Ressa, a staunch critic of President Rodrigo Duterte’s war on drugs, is facing several criminal charges for investigating the controversial policy and his alleged use of “paid trolls” to smear his critics on social media.

The CEO of the Rappler news website has referred to the trolls as “weaponization” of the internet.

Ucanews.com reported Ressa’s lawyers say there are at least seven cases pending against Ressa, Rappler and its management.

Meanwhile, the government is facing criticism from the public over its perceived reluctance to congratulate Ressa on her prestigious award.

Ressa received only lukewarm praise from government officials Oct. 11, three days after the award was announced.

“It is a victory for a Filipina and we are very happy for that,” said Harry Roque, Duterte’s spokesman.

Roque said winning the prestigious award is one thing, but Ressa proving her innocence in court is another. 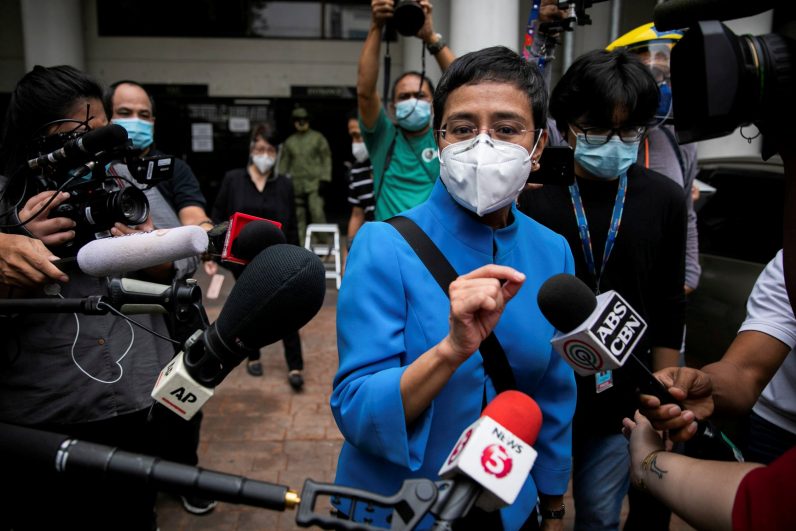 Journalist and Rappler CEO Maria Ressa talks to the media outside a courthouse in Manila, Philippines, July 22, 2020, after pleading not guilty to tax evasion charges. The Catholic Bishops’ Conference of the Philippines has congratulated Ressa on being the first Filipino to be awarded the Nobel Peace Prize. (CNS photo/Eloisa Lopez, Reuters)

NEXT: Seal of confession a topic of debate after French abuse report