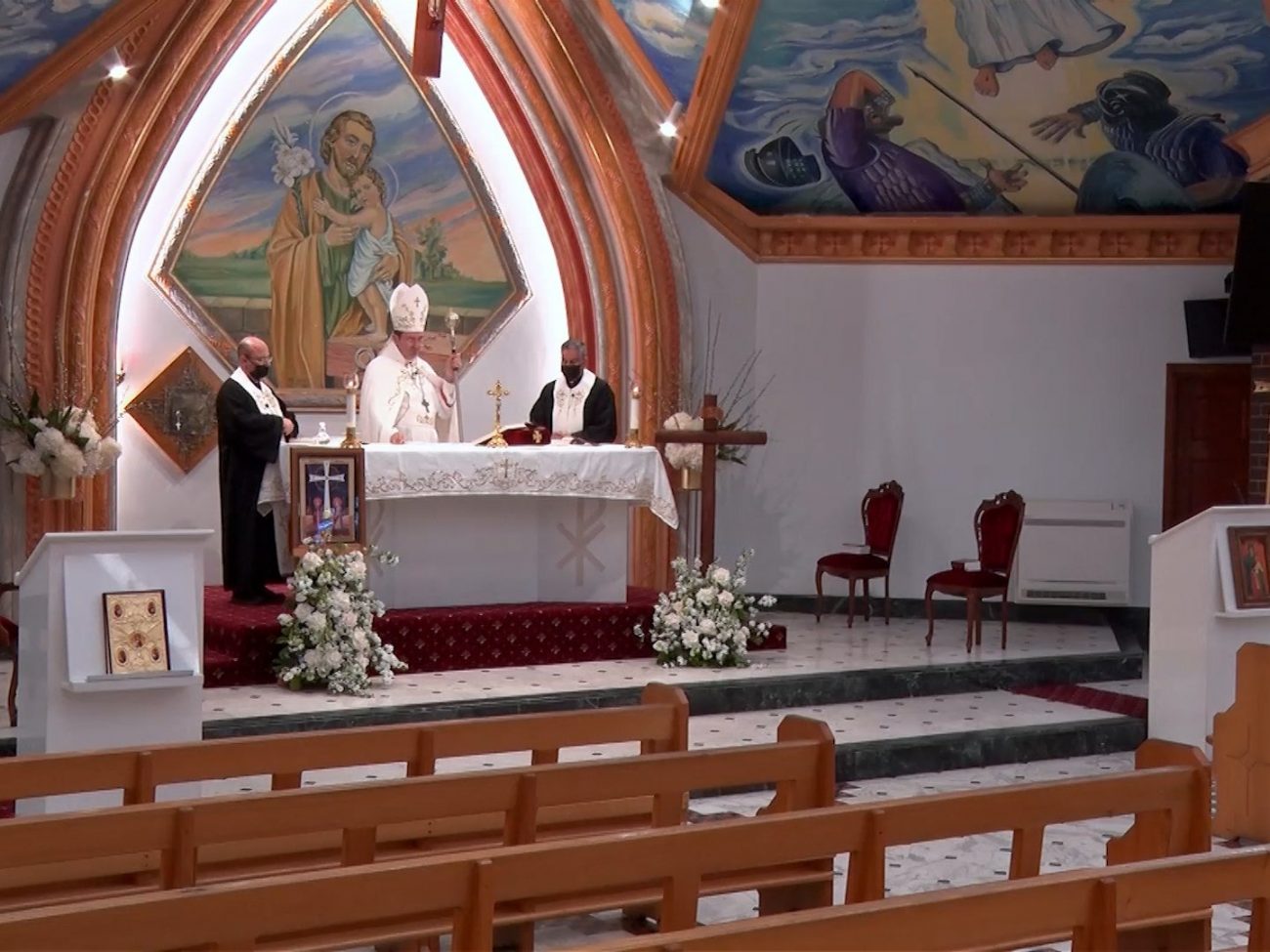 SYDNEY (CNS) — Members gathered for the first assembly of Australia’s Plenary Council have backed calls to ensure the Catholic Church in the country more fully embraces its liturgical diversity, particularly the rich presence of Eastern churches.

Eastern churches are well represented at the assembly, including bishops and laypeople from the Maronite, Melkite and Syro-Malabar eparchies and the Ukrainian Catholic Church.

One of the key questions on the agenda for the Plenary Council is how the church might better embrace its diverse liturgical traditions and the cultural gifts of immigrant communities to enrich the spirituality and worship of the church in Australia.

Through the small-group sessions at the assembly, members have reflected on the need to know and understand one another’s rites and celebrations through education in schools and the formation of future leaders and clergy.

Chaldean Archbishop Amel Nona told the assembly that one of the greatest blessings of the church was its unity in liturgical diversity.

“Liturgy means diversity in services, but faith is one. The Catholic Church is the only one, and unique in its variety of rituals, many liturgical cultures but all within one garden. This is the true richness of the Catholic Church,” Archbishop Nona explained.

The Iraqi-born archbishop urged the Plenary Council to be cautious around recommending any changes to the liturgy in the Australian church.

“Since rituals are the life of churches, especially Eastern ones, every change in any aspect of the church needs to consider the existence of the rituals and their greatest impact on any change. The aim is not to lose the diversity of rituals for certain administrative and institutional arrangements; moreover, because liturgy is the heart of the church and, therefore, it cannot be separated from the church in all its dimensions and aspects,” Archbishop Nona said.

One of the group facilitators, Maeve Heaney, a consecrated missionary from the Verbum Dei community, said there has been a genuine call at the First Assembly to ensure the Catholic Church more fully embraces its rich liturgical diversity.

“Our group discussed the need to remove the sense of superiority or inferiority of any rite over another, to recognize an intercultural church, in that we intersect and can enrich one another. We also recommended ceasing to use the term ‘immigrant communities’ and instead use language that reflects our intercultural reality,” she said.

Heaney asked the gathering whether a national body or commission could be established to facilitate this, especially in relation to the Eastern churches.

Groups meeting at the first assembly also proposed that the second and final assembly, scheduled for Sydney in July, better reflect the diversity of rites within the church in Australia. Across Australia, it’s estimated that Mass is celebrated in at least 43 different languages.

Data from the National Centre for Pastoral Research shows that Eastern Catholics have the highest rates of Mass attendance of any group in the Catholic Church in Australia.

Maronite Bishop Antoine-Charbel Tarabay told The Catholic Weekly, newspaper of the Archdiocese of Sydney, the Plenary Council has highlighted the great cultural and liturgical diversity of the Catholic Church in Australia.

“For many people, this is the first time they have had an experience of a national and multifaceted church, made up of members of both the Eastern and the Latin Catholic Churches. They see, perhaps in a new way, that the Catholic Church is universal,” Bishop Tarabay said.

This is Australia’s fifth Plenary Council; the last was in 1937. Rules for a plenary council are outlined in canon law. The same delegates will meet again — they hope in person — July 4-9, and this is where decisions will be made.

After the July assembly, the results will be sent to the Vatican for papal approval, to ensure that what has come from the council is in harmony with the doctrine and discipline of the universal church. After decisions and decrees are promulgate, they are binding on the church in Australia.

NEXT: Church must move from sorrow to action on abuse, archbishop says