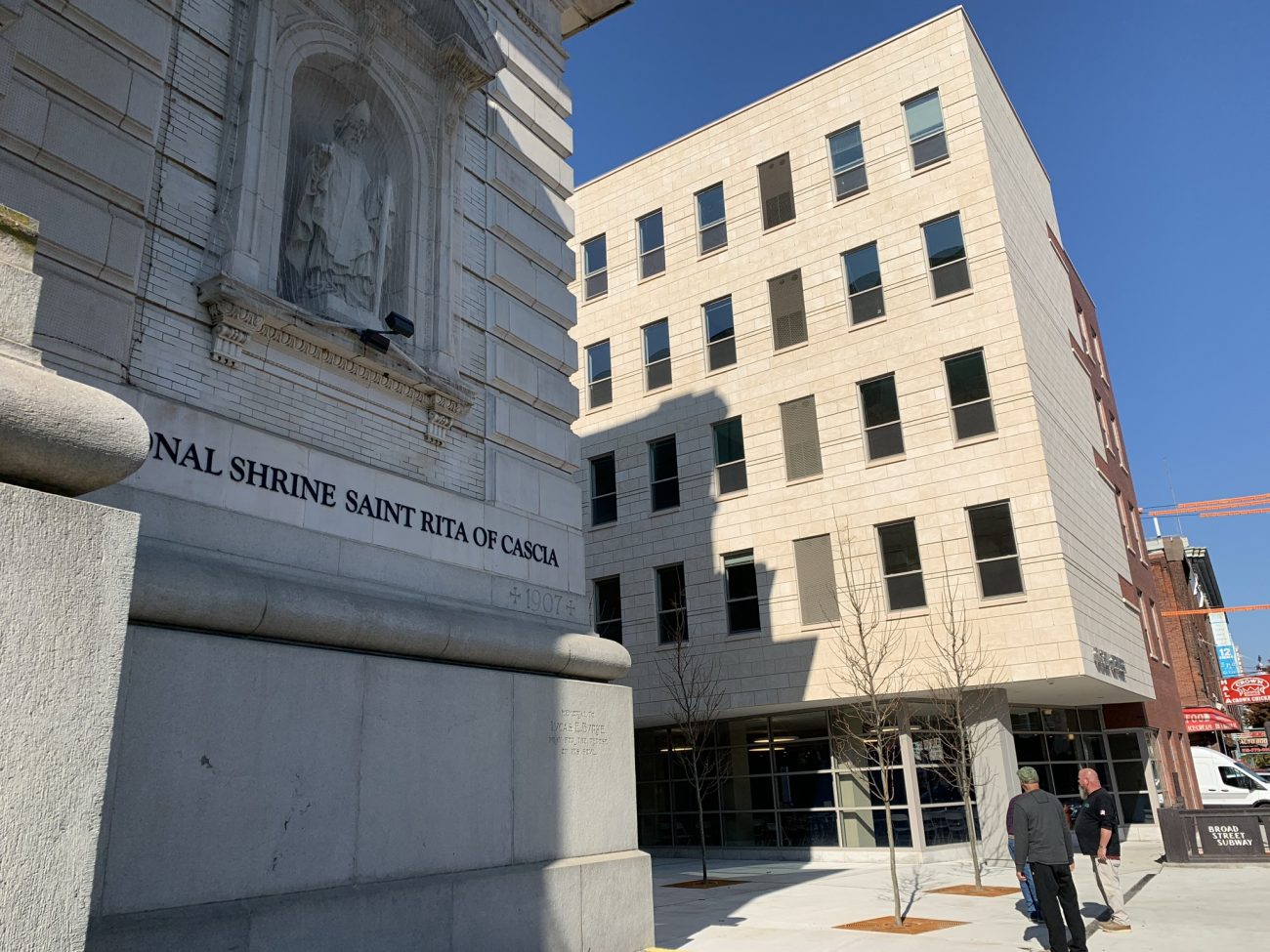 Dozens of South Philadelphia seniors are moving into new apartments while staying put in their beloved neighborhood, thanks to a recently unveiled archdiocesan residence.

(View a photo gallery of the St. Rita Place dedication.)

Located next to the National Shrine of St. Rita of Cascia at Broad and Ellsworth Streets, the complex is the sixth opened by archdiocesan Catholic Housing and Community Services (CHCS), which offers a continuum of care to seniors throughout the five-county Greater Philadelphia area.

Shrine staff and the Augustinian Friars of the Province of St. Thomas of Villanova, who serve at St. Rita, will use the center for an array of counseling, educational and hospitality ministries designed to promote community-building, peace and reconciliation – a fitting outreach in honor of a medieval saint known as a patroness of forgiveness and healing.

Some 10 years in the making, St. Rita Place marks “a new and exciting chapter” in the shrine’s 114-year history at its “sacred street corner,” said shrine director Jonathan Jerome.

CHCS director Heather Huot commended the $18.3 million project’s numerous partners — who filled the Cascia Center at this week’s dedication – for helping to create “a beacon of light and hope.” 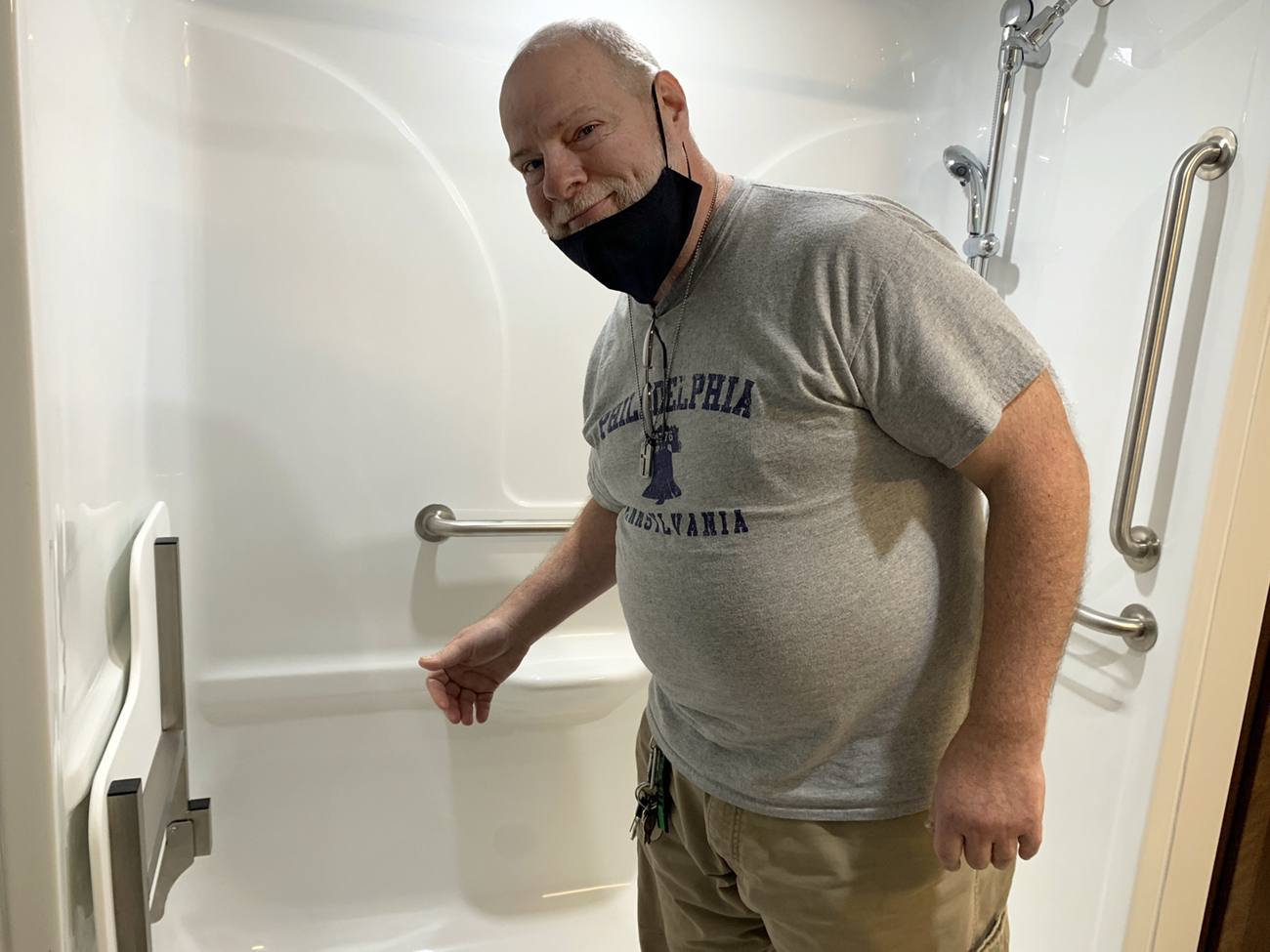 In 2019, the St. Rita Place project was awarded a tax credit allocation of approximately $12 million by the Pennsylvania Housing Finance Agency (PHFA). CHCS then partnered with RBC Capital Markets and Capital One in financing the complex.

The shrine contributed $1.4 million toward the cost of constructing the Cascia Center, with the Philadelphia Archdiocese and the shrine donating the land for the development. 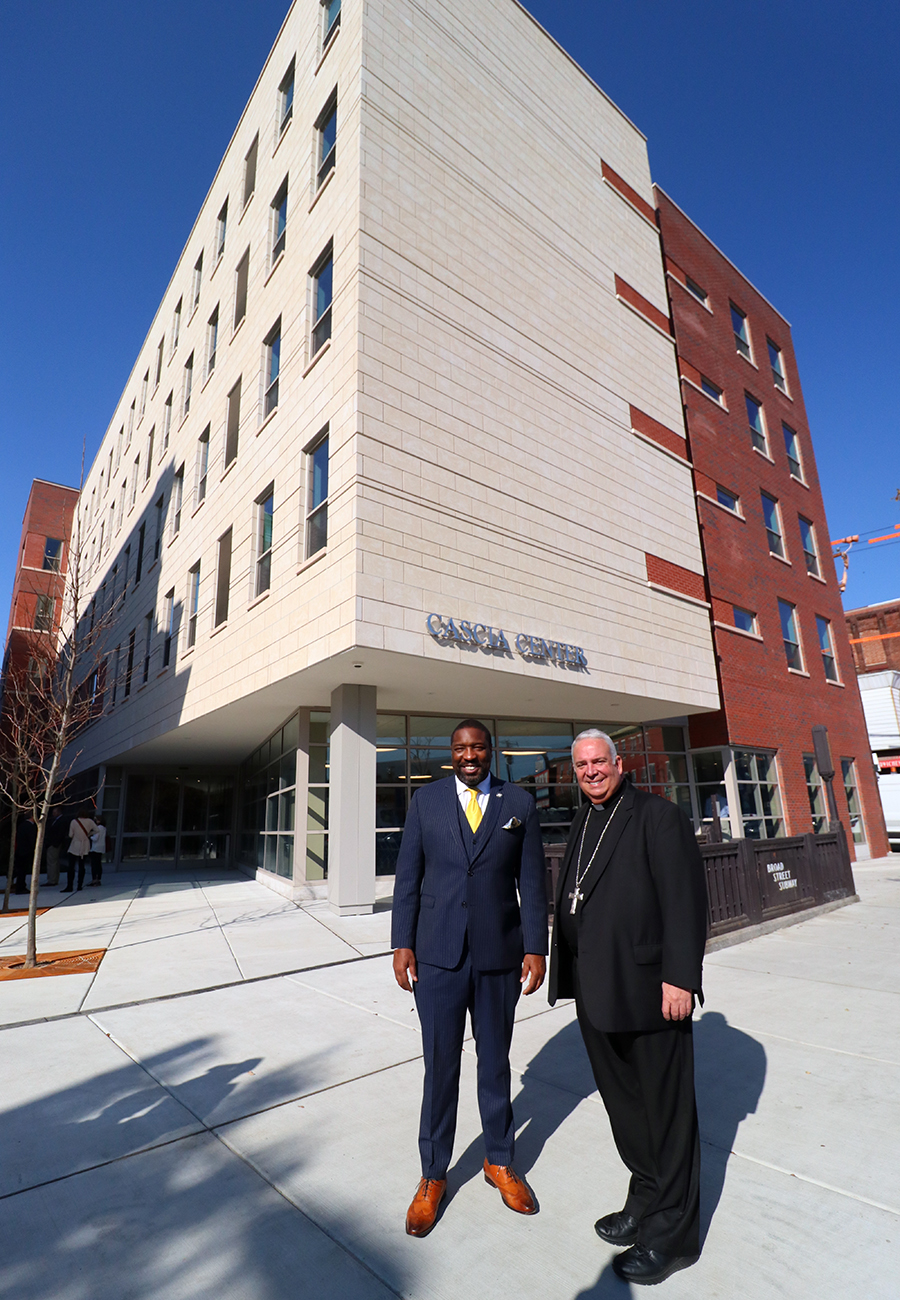 More than 240 older adults applied for units at the new facility, an indication of the tremendous – and growing – demand for such housing.

In September, Housing and Urban Development (HUD) Secretary Marcia Fudge — joined by U.S. Rep. Dwight Evans, who was also on hand for the Nov. 10 opening –toured St. Rita Place during its final construction phase, noting such initiatives are helping to address a deficit of “about four million homes” throughout the U.S. With older adults set to outnumber children in the U.S. by 2035, the issue of affordable senior housing has become increasingly urgent.

“We have people who have to decide whether to pay their taxes or to get their medicine,” he said. “That shouldn’t be a choice.”

Squilla also applauded the design of St. Rita Place – CHCS’s latest collaboration with Cecil Baker + Partners Architects — which he said “complements” that of the historic church next door.

Firm partner Nancy Bastian said in a statement that her team blended stone and red brick to unify the church and the apartment complex, and inserted a landscaped plaza between the structures as “a place for residents and pilgrims from the shrine to gather.”

That interaction points to the spirit of collaboration that infuses St. Rita Place and the overall mission of CHCS, said Archbishop Pérez, who marveled that he had presided at the groundbreaking for the now-finished structure only 14 months earlier.

“When we work together, magic happens,” he said. “When you have passion for something, there is no cost; you do what you have to do.”

The agency continues to move forward in developing additional senior residences: construction has begun on St. Joseph Place in Collingdale, and CHCS has just received approval to develop a new complex in the city’s Eastwick section.

Residents of those facilities may well find themselves echoing South Philadelphia native Joseph Corsey, who will soon move into his new apartment at St. Rita.

“Finally,” said Corsey. “I’ve been waiting a long time for this.”

NEXT: Black Catholics ‘let it rise’ at annual Mass in honor of patron saint